A Medicaid program for which nearly every North Carolina applicant used to receive funding is now rejecting applicants at a rate up to four times higher than before after the state quietly changed the way they’re evaluated. 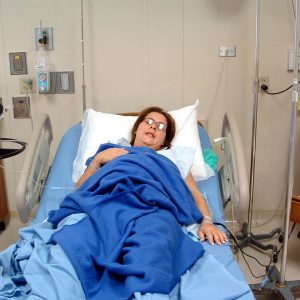 Medicaid personal care applicants in North Carolina are being denied at an increased rate.

Thousands of Medicaid recipients across the state are now being denied government-funded assistance with everyday tasks like eating and bathing because of the methodological changes that assessors began implementing in 2015, resulting in very different determinations about what help those patients need.

The N.C. Department of Health and Human Services Division of Medical Assistance issued a memo in April 2015 to Liberty HealthCare Corporation, the company tasked with deciding Medicaid patient eligibility for various services. The memo laid out new guidelines for assessing whether a person needs help with activities like bathing, dressing or taking medication.

Prior to that memo, assessors were approving almost 95 percent of Medicaid beneficiaries for personal-care services. A steady, but slow decline in approvals occurred after the April 2015 memo. Almost 8 percent of assessments resulted in denials in May 2015, a little more than 8 percent in June and July that year. In August 2015, more than 10 percent, or 412 people, were denied PCS hours.

In September, the state issued another guidance memo, leading to a dramatic surge in denials by November. Liberty assessors had denied hours for 11 percent of adult care home residents in October 2015. In November, almost 19 percent of those patients were deemed “non-qualifying.”

Lyneka Judkins, the executive director for Liberty HealthCare’s North Carolina division, said in an email she was “not in a position to comment on PCS and the hour allocation.”

The memos identified several instances where a patient could be denied personal care services based upon their ability or inability to perform some tasks associated with daily living. During the assessment, patients are asked to simulate various activities, rather than actually performing them. If a woman was unable to fasten her own bra, and that was her only difficulty dressing, she could be denied personal care service hours. If people are able to reach behind themselves, they’re deemed able to perform the hygienic tasks of toileting. If they can lift a spoon to their mouth, they’re deemed able to handle the tasks of eating.

If an assisted living facility resident who was previously approved for PCS hours is denied those same hours on a later assessment, it’s nearly impossible for the facility to discharge them because state and federal regulations mandate that discharged residents must have other housing options. For many Medicaid recipients living in assisted living facilities, that’s not the case. Providers wind up being forced to absorb the cost of caring for those residents, despite receiving no funding to cover those costs.

The changes to the state’s assessment protocols came shortly before North Carolina submitted a Medicaid reform proposal to the federal government in June 2015. Nearly 2 million people are enrolled in Medicaid in the state, including low-income seniors and children and people with disabilities. That proposal did not include Medicaid expansion “to cover low-income working adults, a change that’s permitted under the Affordable Care Act,” according to North Carolina Health News.

“Starting with the 2013 budget, the General Assembly knew we needed to start thinking about the reform of the state Department of Health and Human Services,” said Ciara Zachary, a policy analyst at the left-leaning North Carolina Justice Center’s Health Advocacy Project.

“There have been a lot of issues in terms of controlling cost and quality of care. The other complicated issue politically is: Can that reform include Medicaid expansion? We haven’t done that.”

A court case settled in early 2016 will likely contribute to the state approving fewer PCS hours for in-home care recipients as well.

Pettigrew v. Brajer, filed in 2011 as Pashby v. Wos, was a class-action lawsuit that alleged that the state made it more difficult for Medicaid recipients to receive personal care services in their homes than it was to receive approval for those same services in assisted living facilities because recipients were being assessed under different criteria in each setting.

In settling the case, the DHHS Division of Medical Assistance agreed to ensure that the evaluation criteria were the same, no matter the setting. The state has decided to move forward with the more restrictive criteria. Liberty will soon evaluate all PCS applicants under those guidelines.

A spokesman for the Division of Medical Assistance did not respond to an email request for an explanation of the increase in denials in time for publication.