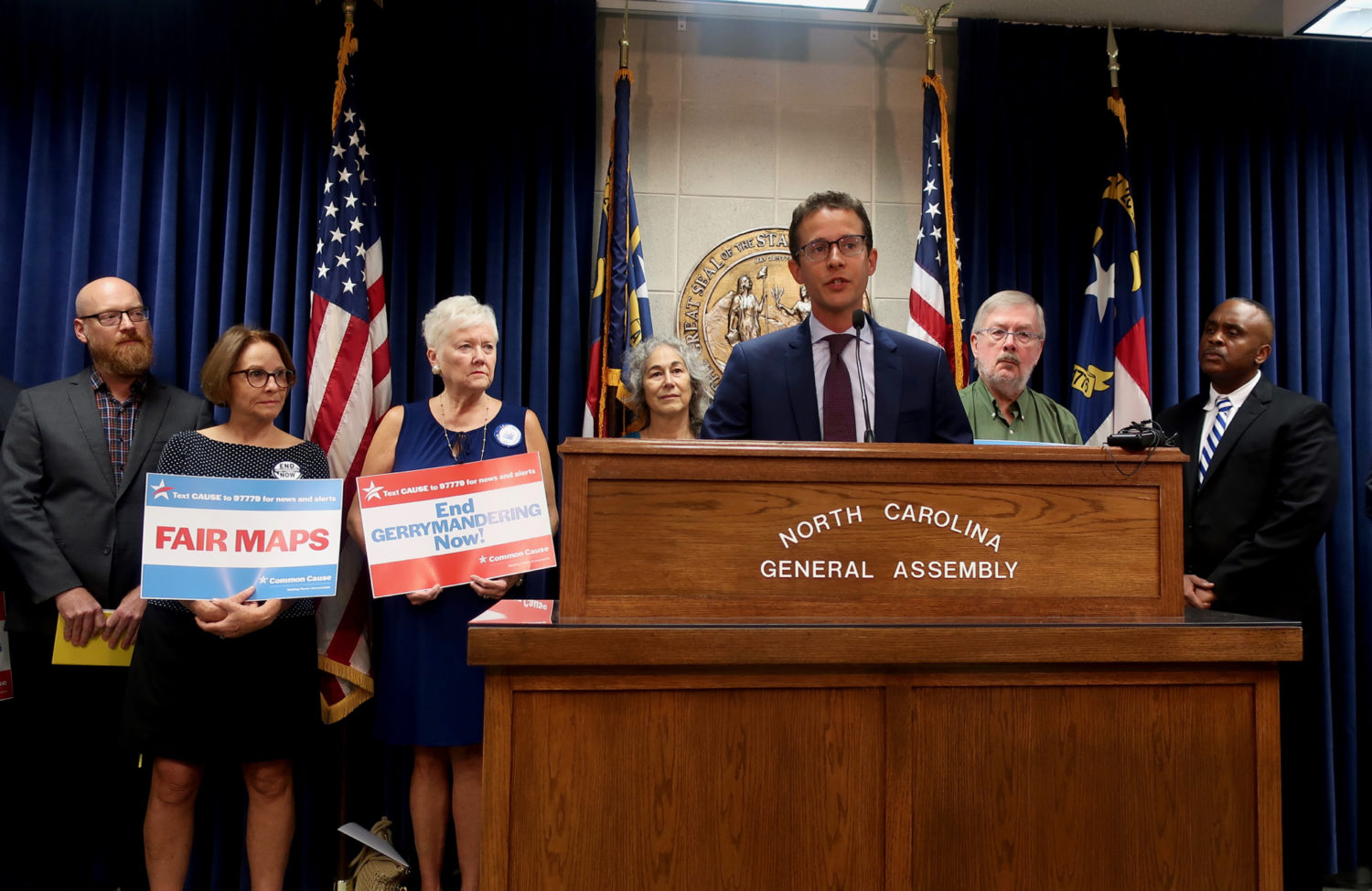 The redistricting will be televised.

In in its ruling last week striking down the General Assembly’s 2017 state legislature maps as unconstitutional partisan gerrymanders, the three judge panel overseeing the case ordered unprecedented transparency during the drafting of the remedy.

That will include a live feed on YouTube from the committee room, when any work is done on the new maps.

On Monday, House and Senate committees charged with drawing the new districts opened hearings, saying it was a new day in North Carolina redistricting and pledging transparency, including a live feed from both committees of any work done on the new maps.

“This morning is the first time in history a legislative redistricting committee has been instructed by the judicial branch to not consider partisanship — not a little, not some, not any,” he said.

But what started out as a long day of discussion in both committees over process and potential criteria ended abruptly after attorneys for the legislative defendants in the redistricting lawsuit emailed a slew of documents to lawmakers and staff that included both confidential materials and partisan data that the court order expressly prohibited legislators working on new maps from seeing.

The overshared materials were included with a batch of maps requested by the committee that were produced by Jowei Chen, a University of Michigan professor who ran an analysis of legislative maps for the plaintiffs in the case and testified as an expert witness.

Chen’s work was critical in establishing that there was little difference between maps adopted by the General Assembly in 2017 and maps found on hard drives of the late Thomas Hofeller that, according to time stamps, were drawn before the legislature established the criteria it would adopt. Chen’s analysis found very few deviations between the two sets of maps. To do so, he established a baseline set of districts that kept the same county groupings but eliminated the partisan overlay Hofeller used — an array of state and federal election results — to optimize GOP advantage.

In response to a directive in the court order that they not restart the process using the unconstitutional maps as a base, House and Senate committee chairs announced Monday that they would start with one or more of Chen’s maps since they met the courts requirement that exclude partisan information.

They asked the legislature’s central staff to request a set of 1,000 maps Chen drew that excluded partisan results but included addresses of incumbents.

The court allowed the legislature to include addresses of sitting legislators to prevent double-bunking, or drawing two incumbents into the same district.

Plaintiff’s attorney Stanton Jones said later that afternoon he was copied on an email response from the legislature’s legal team that had the 1,000 maps and data requested but also included a partisan analysis of each map and Chen’s source code, which the court ruled was confidential material that was not to be distributed.

The email went out to several legislative staff members and all members of the House Redistricting Committee.

Jones said that once he realized what the email contained, he immediately hit “reply all” and notified the recipients that this was the kind of material that the courts prohibited and to delete the email and any downloaded attachments.

Jones said he is not sure for now what action, if any, plaintiffs might take over the incident.

“The only thing I can say about it is that it’s just obviously improper to send that information and it’s striking that it happened on the very first day of this process,” he said. “We’re literally hours into the remedial mapping process when the court has said, ‘Do not consider partisan scoring,’ and we have legislative leaders’ own lawyers sending the entire committee partisan scoring.”

In a statement Monday night, House Redistricting Committee chair Rep. David Lewis, R-Harnett, who is named in the Common Cause suit, said the committee won’t use partisan data and would push forward in the morning to develop a plan for drawing the districts.

He accused Democrats of trying to make the process less transparent.

“No criteria for judging maps by the committee has or will include partisanship,” Lewis said to Carolina Public Press.

“To expedite the adoption of a plan, we are seeing if plaintiffs can remove any objectionable data from Dr. Chen’s data/reports or if they have an alternative approach.

“We are going to comply with the court’s order, but we are deeply concerned that plaintiffs and the Democrats may try to manipulate this process behind the scenes to provide the best political outcome for Democrats, turning the nonpartisan, public process the court ordered into a behind-closed-doors process by which Democratic leaders, the plaintiffs and their attorneys formulate their optimal blue map. The House committee will meet again (Tuesday) to discuss approaches.”

Under North Carolina law, legislators are given at least two weeks to redraw maps that have been rejected by the courts.

In its extensive, 357-page ruling, the special three-judge panel in Wake County Superior Court gave the legislature until Sept. 18, next Wednesday, to come up with new maps for multiple House and Senate districts.

Each chamber will begin working on its own maps and then take up the work product from the other chamber. Redistricting legislation is not subject to veto by the governor, so once passed by both chambers, the new maps become law.

Both redistricting committees return to work Tuesday to review maps and data of Chen’s work and to finalize criteria to use for judging which of the myriad maps to use as a starting point in the process.

Jones said his team is working with Chen to produce a reliable set of maps and data for the committees to use.

He said the decision to use those maps as a starting point was “reasonable in concept,” but said the final product will have to meet the thresholds set by the court.

“We would, of course, evaluate those maps to determine if they are fair and unbiased and to measure whether they may have been infected by partisan consideration.”

The General Assembly YouTube live feed of the proceedings is https://youtu.be/OX6f4VtXqBA.

The ruling applies to districts in the following House county groupings: Alamance, Anson-Union, Brunswick-New Hanover, Buncombe, Cabarrus-Davie-Montgomery-Richmond-Rowan-Stanly (except that House District 66 shall not be redrawn), Cleveland-Gaston, Columbus-Pender-Robeson, Cumberland, Duplin-Onslow, Franklin-Nash, Forsyth-Yadkin, Guilford (except that House Districts 57, 61, and 62 shall not be redrawn along with portions of House District 59), Lenoir-Pitt and Mecklenburg.

Senate groupings that have to be redrawn are in the following county groupings: Alamance-Guilford-Randolph (except that Senate Districts 24 and 28 and portions of Senate District 27 shall not be redrawn), Bladen-Brunswick-New Hanover-Pender, Buncombe-Henderson-Transylvania, Davie-Forsyth, Duplin-Harnett-Johnston-Lee-Nash-Sampson, Franklin-Wake and Mecklenburg.