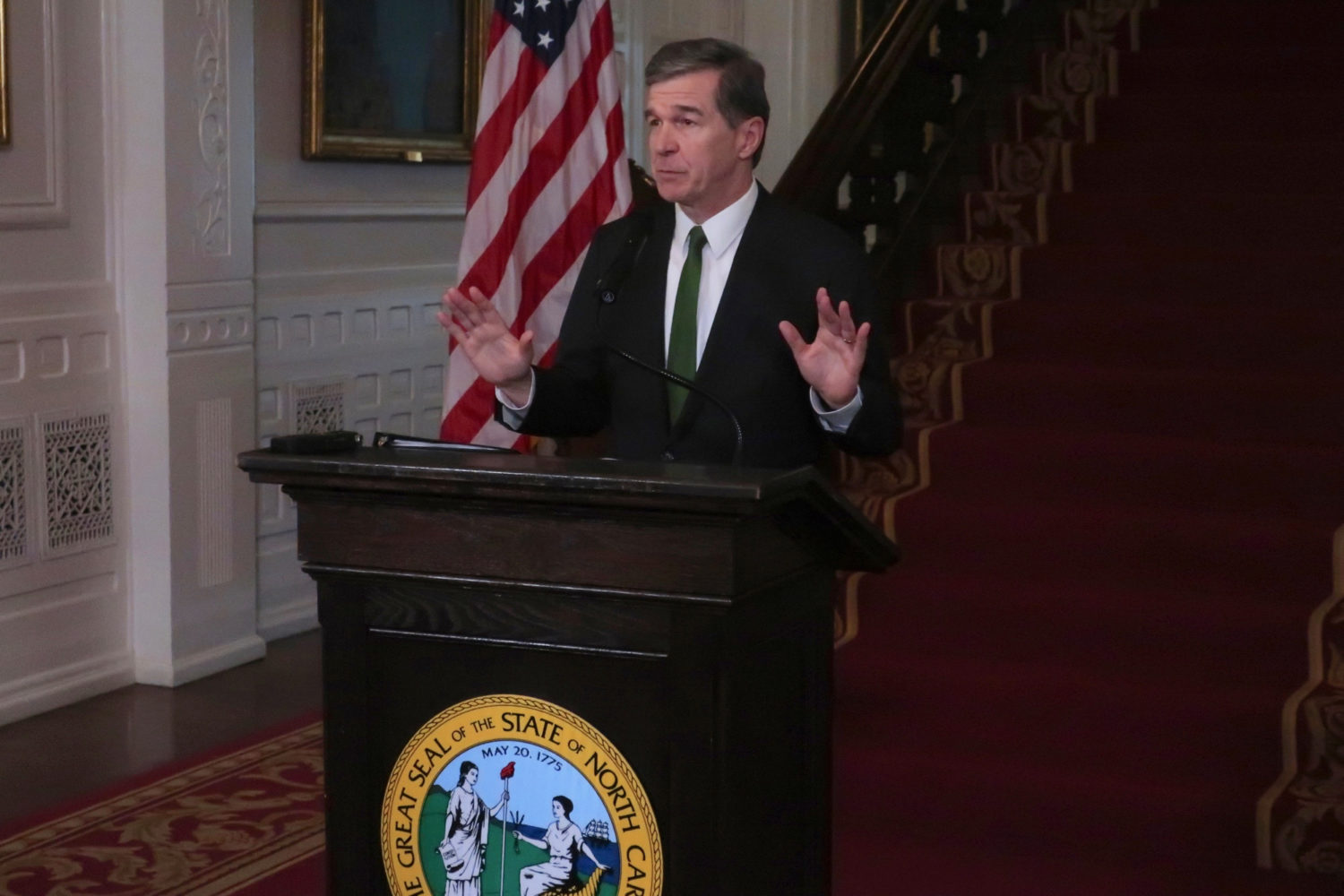 The long-simmering state budget stalemate boiled over early Wednesday when Republicans pushed through a lopsided veto override vote in the N.C. House by taking advantage of Democrats’ belief that there would be no votes.

In a moment of raw politics, House Speaker Tim Moore, R-Cleveland, called a vote while the handful of Democrats in the room tried to stop the maneuver in the harshest terms.

“How dare you, Mr. Speaker, how dare you usurp this process?” a furious Rep. Deb Butler, D-New Hanover, shouted following the budget vote.

Butler’s microphone was cut off, but she moved to another legislator’s seat and used that one, continuing while the House also overrode another Cooper veto on a separate bill.

Butler was one of about a dozen Democratic lawmakers on the floor at the time. Democratic leaders had put out a notice the night before that there would be no recorded votes. Most of the Democrats in the building at the time were at a meeting nearby preparing for a Finance Committee meeting.

It takes a three-fifths majority of those present in the chamber to override a veto. The initial vote was 55-9, the final tally was slightly higher, 55-15, after lawmakers in the chamber at the time who didn’t vote amid the chaos were given an opportunity to record their votes later.

The override effort now moves to the Senate, where the budget bill passed initially with the help of four Democratic senators.

At least one who voted for the bill, Sen. Don Davis, D-Greene, has said he would not vote for an override. 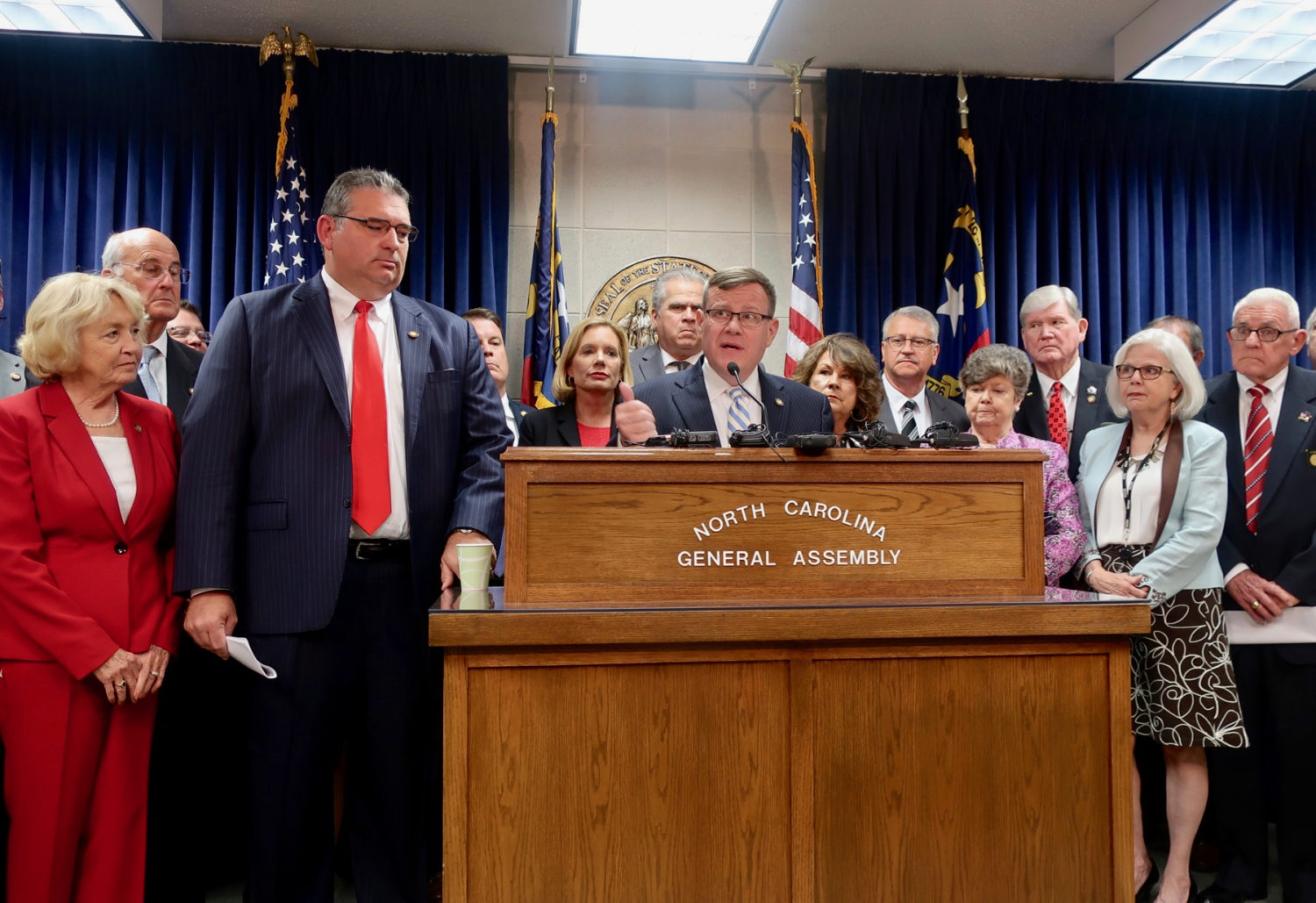 After Tuesday’s vote, House leaders called for a recess, and Democrats immediately called a press conference to denounce the move, saying they had been assured there would not be a recorded vote in the morning session.

Cooper and legislative leaders have been locked in a seemingly intractable disagreement since then. The governor has insisted that the conversation involve Medicaid expansion and that the final outcome include increases in teacher pay and funds for school construction.

Moore and Senate leader Phil Berger, R-Rockingham, have focused on Cooper’s Medicaid expansion requirement. Although staff-level discussion continues to take place, the three have not held a substantive meeting in person since Berger and Moore showed up at the Executive Mansion with a box of biscuits on Friday morning, June 21.

He said that it would do damage to the trust that’s required in the institutions of government:

“I have never seen anything like this in my 30-plus years in state government. Never. This is a true assault on our democracy. There is no question about it.”

Moore held a press conference of his own after that, taking offense at the governor’s characterization and reiterating that he had said all along that he would push forward an override vote at any opportunity.

“I’ve seen a few of the comments that have been made by a few members and also by the governor, and I take strong exception to those,” he said.

Moore said that throughout the nearly two-month standoff, he officially announced when upcoming sessions would be no-vote sessions but had not made that official announcement regarding Wednesday’s morning session.

House Minority Leader Rep. Darren Jackson, D-Wake, whose office had informed Democrats that there would not be votes in the morning session, said he had been assured by Rep. David Lewis, R-Harnett, the House Rules Committee chairman, that no votes would be held.

Lewis denied he had explicitly told Jackson there would be no votes in the morning. 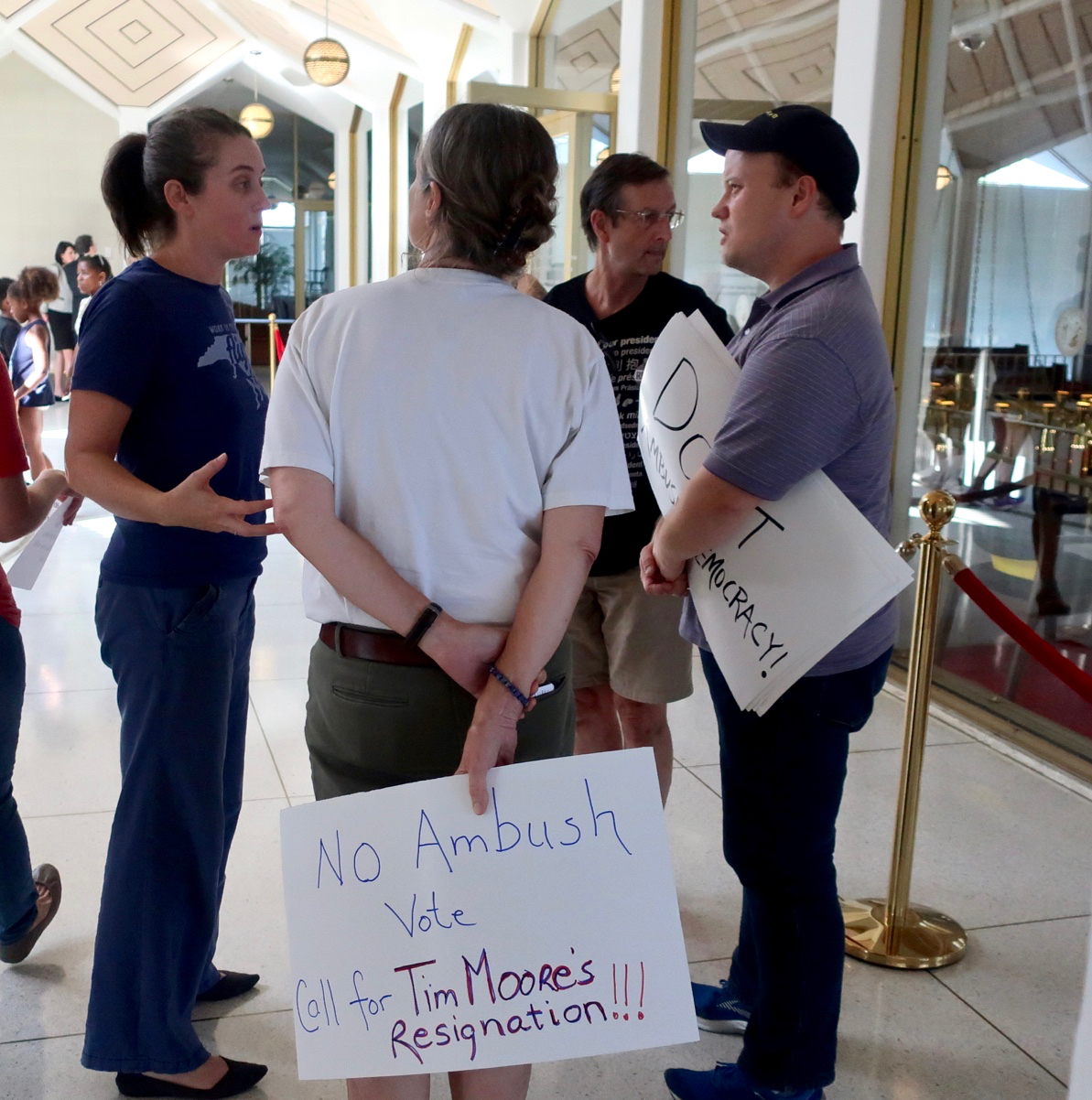 News of the surprise move quickly spread on social media, and several national news organizations erroneously reported that the override was taken while Democrats were assembled elsewhere at a 9/11 commemoration.

At least three of the House Democrats did report being at a 9/11 ceremony.

With distrust of the legislature high, the news also brought several demonstrators to the Legislative Building on Wednesday afternoon, when they gathered in the rotunda waiting for the Senate session to begin.

Among them was Mark Jewell, president of the N.C. Association of Educators, who along with Cooper has pushed for a larger raise for teachers than what’s in the budget bill.

Jewell said he was especially disappointed because many legislators have been showing up despite illnesses or family obligations to make sure an override didn’t happen.

“For them to pull something like this is just reprehensible,” he said of GOP leaders in the House.

Several demonstrators brought homemade signs to hold up in the galleries alluding to what had transpired in the morning.

The Senate adjourned Wednesday without taking a vote on the veto override. The calendar for Thursday does not include the budget bill, but under rules of the chamber that is subject to change.