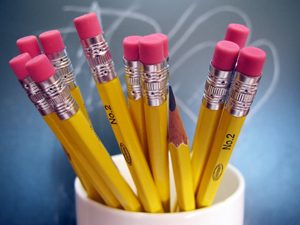 A new state policy will allow low-performing schools to operate more like charter schools. But it may not get much use in Western North Carolina.

The North Carolina State Board of Education approved a new policy earlier this year allowing public schools who fall under the state’s definition of “low-performing” for two of the past three years to apply for what the state terms “charter-like flexibility.”

But Carolina Public Press spoke with almost half of the WNC schools eligible to apply, and each said they currently have no plans to do so.

Under the policy, low-performing schools can apply to make changes to their academic calendar, and to the policies they use to recruit and retain teachers. The North Carolina Department of Public Instruction reviews all applications before recommending approval by the state board, said Nancy Barbour, director of district and school transformation for the North Carolina Department of Public Instruction. That “flexibility” does not extend to curriculum or testing practices, she said.

Schools will not receive any additional funding if they apply, Barbour said. However, they may choose to reallocate their current funding to support their plan.

“It provides the opportunity for schools to think creatively about their school calendar, and their recruitment and retention of teachers,” Barbour said.

More than 400 schools statewide were eligible to apply. Five initially applied and received approval in May, with five more gaining approval in August. Of these 10 schools, none are in the 18 counties of WNC.

Schools that have already sought approval will use the new policy to make changes such as adding additional days to the school calendar, or hours to the school day. Others plan to add more teacher planning time and professional development opportunities, according to Barbour.

One high school will partner with its local community college and use some of the college professors as teachers, she said. Under regular policy, that might not be allowed if the professor didn’t have a North Carolina teaching license, Barbour said. However, by applying for charter-like flexibility and seeking approval from the state board, the state will now allow the school to use those professors, she said.

Despite the lack of interest in the west, 19 schools in 10 WNC counties remain eligible to apply. Buncombe and McDowell county schools had three eligible apiece, while Cherokee, Henderson, Macon, Madison and Rutherford counties had two eligible schools. Avery, Jackson and Swain counties had one school each. The list includes a mix of elementary, middle and high schools.

The new state rules do not require schools that are approved to participate change their calendars, teacher hiring practices or anything else. They have the option of changing some of these aspects and letting others remain in line with the rest of their districts.

But with the program being new, districts wary about adopting some provisions of the flexibility program would rather avoid the whole thing.

School officials in Buncombe, Henderson and McDowell counties said their eligible schools do not plan to apply for the program, citing district-wide school improvement plans already in place, and concerns that the changes could have an adverse effect on the school system as a whole.

“They may be the best fit for some schools,” John Bryant, associate superintendent for administrative services for Henderson County schools, said of the new state flexibility provisions. “We don’t believe those are the best fit for our schools.”

Both Henderson and McDowell school officials expressed concerns about using the new policy to change their hiring practices.

Bryant said the new policy allows only the specific school submitting the application to make changes. Were that school to hire a teacher who does not meet system-wide requirements for hiring, that teacher would then not be eligible to move to other positions within the school system, he said.

Several school systems also are wary of taking advantage of flexibility with specific schools’ calendars, due to how this could affect their entire system.

“To do that for one school in a (school district), then you’re talking about something that has system-wide impact,” Bryant said.

Transportation schedules are often created so buses can serve several schools within a district, Bryant said. Changing the length of the school day for one school could throw off the district’s ability to transport students to and from all schools.

Similarly, such changes can affect a district’s families, said Tonya Robinson, principal at Enka High School in Buncombe County, which also does not plan to apply. Oftentimes, families have children spanning elementary, middle, and high school, and having one school, and thus one or more children on a different schedule can create problems for families, she said.

Brian Oliver, executive director of administration for McDowell County Schools said the school system is happy with its current procedures. Eastfield Global Magnet, one of the schools eligible to apply, already uses what he called a “four seasons” calendar, similar to that of a year-round school, where students attend four nine-week terms and have a three-week break between each term.

“There is no plan at this time to modify the calendars of any of our schools,” Oliver said.

Both Bryant and Robinson pointed to school improvement plans already in place at the school and district level as another reason they aren’t seeking alternative options at this time.

Edneyville Elementary in Hendersonville already has school improvement plans in place that focus on early intervention, reading strategies and more rigorous instruction, Bryant said. School performance reports for the 2015-2016 school year will be published in September. Bryant said that report will reflect the student success already taking place at Edneyville.

Robinson said math scores are already up 13 percent at Enka High thanks to district-wide planning for school improvement.

“We already have something in place that allows us to take action,” she said. “That’s the best method we have in our schools.”

Barbour acknowledged the new policy is simply one more option for low-performing schools to find creative solutions for school improvement.

She said she does not expect every eligible school will use the new policy.

Lea Hart is a contributing reporter for Carolina Public Press. Contact her at lea.hart@gmail.com.