Do dollars determine the outcomes of elections? They obviously make some difference as candidates boost their name recognition, disparage their opponents and coordinate efforts to get the vote early and on Election Day. 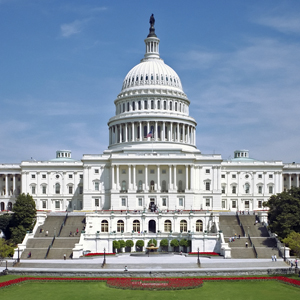 Campaign money could help determine which politicians represent North Carolina on Capitol Hill after the 2016 election.

Vast sums of money have flowed into the campaign coffers for North Carolina candidates vying for federal offices this year including U.S. Senate and Congress. But whether dollars make the difference in these races will be hard to know until the votes have been counted next week.

Regardless, Carolina Public Press has taken a look at the most recent wave of campaign filings for the four federal races affecting Western North Carolina and analyzed the amount of money raised and who its coming from.

Sen. Richard Burr has raised more than $11 million in his race against Deborah Ross, and held a $3 million fundraising edge as of Oct. 19, according to Federal Election Commission filings.

More than 55 percent of Burr’s contributions came from individuals but he did receive more than $3.5 million – more than the amount of his fundraising edge in the race — from political action committees. Ross raised $8.4 million since October 2015, less than $600,000 of it from PACs.

If it weren’t for the PACs, Ross would be narrowly ahead in the battle for dollars.

Self-described “provocateur” Woody Kaplan, chairman of the Secular Coalition for America and a former national board member of the American Civil Liberties Union, gave Ross $5,400. Ross was the state director of the ACLU in North Carolina for almost 10 years, prior to her state legislative career. Ross also received support from professors at UNC-Chapel Hill, Duke University, NC Central University, Appalachian State University and East Carolina University.

Republican Rep. Patrick McHenry, the chief deputy whip in the House of Representatives, was the lone congressional candidate in Western North Carolina to receive more contributions from political action committees than individual donors. McHenry raised more than $3 million, with $1.6 million coming from PACs. Individual donors gave $1.04 million and McHenry received $360,000 from other campaigns.

His opponent, Polk County Democrat Andy Millard, brought in $380,000, almost entirely from individual donors and a $122,500 loan. Filings show the bulk of his support coming from donors in Tryon, his hometown. He also received a $1,000 donation from former UNC system president and failed Democratic Senate candidate Erskine Bowles.

Democrat Josh Brannon, who is running to unseat Republican Rep. Virginia Foxx, didn’t file any campaign finance reports with the FEC, according to the government website.

Foxx’s contributions came from PACs tied to the banking industry, AT&T and other communications companies, Koch Industries, Duke Energy, the NRA and the Turkish Coalition, which says it supports candidates who “understand the value of positive US-Turkish relations,” according to its website.