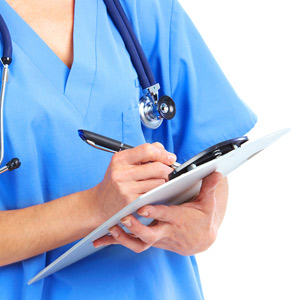 Patients of facilities and physicians associated with Mission Health will face at least a period of time in which coverage through Blue Cross Blue Shield will be out of network, as the two companies have not been able to reach an agreement.

ASHEVILLE – The break between Mission Health and Blue Cross Blue Shield of North Carolina appears real and unavoidable at this point, according to statements both sides have provided to Carolina Public Press in recent days.

Mission Health asked to renegotiate its contract with Blue Cross, but those discussions broke down over compensation levels earlier this year. The current agreement is set to expire on Oct. 5, just a week from now.

Blue Cross Blue Shield spokesman Austin Vevurka told CPP last week that at this point, even if the two sides reached an agreement, customers would be affected.

“If and when negotiations resume, there will still be a gap in time when Mission Health is out-of-network,” Vevurka said. “This is primarily because of the time we need to add them back into our system and update credentials for Mission Health providers.”

Mission Health, based in Asheville, is the largest hospital company in the western portion of the state, with hospitals in Buncombe, Transylvania, Macon, McDowell and Mitchell counties, as well as many smaller facilities throughout the region.

Both sides have pointed fingers at each other over the failure to reach an agreement.

Blue Cross has blamed Mission for being unwilling to negotiate, pointing out that no other major hospital operators have broken with the insurance company.

Asked why Mission was alone in not renewing its contract with Blue Cross, Rowena Buffett Timms, Mission’s senior vice president of government and community relations, pushed back against that narrative in a statement to CPP last week.

“The premise of this question is simply not true,” she said. “That’s based on BCBSNC speaking points and not reality.”

She described negotiations between health providers and insurers a more common that Blue Cross has implied in its statements, with more than 25 similar negotiations across the nation over the last year.

Mission’s situation was different from that faced by many other providers because of its unique service area, Timms said.

“It’s simply fact that other providers across North Carolina are or will be negotiating with BCBSNC,” Timms said. “However, very few face Mission Health’s starkly challenging demographics.”

“BCBSNC has used a strategy of intimidation and fear to keep most health systems ‘in line,’” she said, noting that the insurance company’s contracts are designed to renew automatically with no increase in compensation for hospitals, despite inflationary pressures. Hospitals can and do seek to negotiate changes, but Timms said the insurance company doesn’t play fairly.

“We knew that BCBSNC had no incentive to negotiate in good faith – because of the auto renewal with no (compensation) rate increase – and we could not accept their offer of a net payment reduction over three years or an auto renewal at the same rates,” Timms said.

“Mission simply cannot absorb large inflationary increases or our input costs – drugs, supplies and so forth – without very modest rate increases in our contract to keep up with the rising costs of healthcare,” she said. “One wonders why BCBSNC is pushing through double-digit and mid-single-digit increases to its customers while demanding Mission Health take less than currently. That is nonsensical and we are simply asking BCBSNC to pay its fair share.”

Not surprisingly, Vevurka at Blue Cross characterized the situation differently. He noted that it was Mission Health, and only Mission Health among other hospital providers across North Carolina, who had walked away from continued talks.

“We offered Mission the same quality-based contract terms more than 40 other hospitals and health systems agreed to,” Vevurka said.

“We’re committed to finding ways to slow down rising costs and improve quality of care. These are core components to every new contract we sign. Agreeing to Mission Health’s demands would ultimately result in higher premiums for the people (whom) we insure.”

He also indicated that Blue Cross would still like to reach an arrangement with Mission, even though it’s too late to avoid a gap in in-network coverage for customers.

“On the Oct. 5 question, the ball is in Mission Health’s court on whether or not an agreement is reached,” Vevurka said. “They terminated our contract, and the best and quickest answer would be for Mission Health to rescind its termination so that negotiations can continue on a new contract that helps (to) slow rising health care costs.”