CANDLER – A medical technician working at an adult care home, despite being a convicted felon, has been implicated in stealing prescription drugs from residents, according to the Buncombe County Sheriff’s Office. 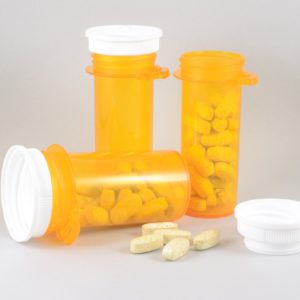 Prescription painkillers from adult care homes are being diverted to the black market.

The Sheriff’s Office recently announced the conclusion of its six-month investigation into opioid trafficking that ended with 19 people charged with felony crimes related to the possession and sale of prescription drugs and heroin.

Adult care home residents include many mentally ill or cognitively impaired adults of all ages. State regulations that try to protect residents from exploitation face limitations.

Julia Gibson, a regional ombudsman and resident advocate with the Area Agency on Aging, whose territory includes Buncombe County, said laws designed to prevent drug diversions are in place, but a lack of oversight at facilities can lead to cases like Seagle’s.

“Because there’s so little day-to-day oversight of … adult care homes, it seems like they’re just ripe for things like this to happen,” Gibson said. “In a nursing home setting, there are more layers of administration.”

“When you step outside the skilled nursing home,” Gibson said. “There’s just one person on duty who accepts the drugs from the pharmacy and checks them in and passes them out. And it seems like it’s an environment where a lot of this could happen.”

Buncombe County law enforcement officials said at least one other subject of the investigation, called “Operation Bad Medicine,” was an employee of an adult care home, but warrants in that case aren’t yet public record because the suspect had not yet been arrested on the charges.

Buncombe County Sheriff’s Office Capt. Randy Smart, who oversees criminal investigations and the Buncombe County Anti-Crime Task Force, the division that conducted the operation, said a nurse who was employed at an adult care home was also charged in the case for allegedly diverting prescription drugs.

Narcotics being stolen from adult care homes isn’t a new phenomenon, but Smart said it’s an increasing trend due to new state laws that have limited access to powerful opioids through traditional storefront pharmacies.

“I’d say, currently, when you see pills out on the street, they’re mostly being diverted in this manner,” Smart said told Carolina Public Press.

“It normally starts very slowly. An employee comes in and learns the policies of the facility. It could be a simple as a one-pill diversion to see how that goes and then they start crafting ways that they think they can get away with it. A lot of times, when we run an investigation at a facility, we’ll drug test the employees and they’ll come back negative. But we also see the amount that’s being diverted in an investigation, so when we see those large amounts, obviously more than one person would be consuming those drugs and then we believe that they’re being diverted for sale.”

If state inspectors find evidence that a facility failed to report missing drugs, the facility could be hit with large fines.

According to a 2016 article in the Wilkes Journal Patriot, DHSR investigators cited the administrator of Wilkes County Adult Care after they found the facility had no record of hundreds of pills that should have been given to residents, many of which were opioid-based painkillers.

“What’s most important to us and what we find very concerning is … that the patients might not get their medication,” Smart said. “In my mind, that’s causing someone suffering.”

Smart said shrinking state and federal funding for residents who are on Medicaid has led to belt-tightening at facilities that can result in employees with less-than-stellar track records getting jobs where they have access to narcotics.

Seagle, for instance, is a convicted felon who has a lengthy criminal history dating back to 1994 in North Carolina, according to Department of Public Safety records, with convictions for driving while impaired, robbery, passing worthless checks and drug possession. He was convicted of obtaining property by false pretenses, a felony, in 2015 in Buncombe County and was on probation at the time of his arrest.

Seagle’s criminal history wouldn’t necessarily have precluded him from being employed as a med tech at an adult care home, according to Gibson.

“The regulations say they have to check their criminal record, but the regulation doesn’t say specifically whom they have to keep out,” she said. “They have to use their discretion, except for somebody who has abused an elder in the past.”

Smart said law enforcement is notified of possible drug diversions through several different avenues. A dealer could give investigators the name of a supplier who turns out to be employed at a facility, a doctor could call in a tip that something doesn’t seem right with a patient’s prescription or the facility could suspect that drugs are being stolen and report it.

“Sometimes it can be that the numbers just don’t match up with what the doctor’s orders are for what a patient should be getting,” Smart said.

“Another indicator is ‘wasting,’ which could be any medication that’s damaged, dropped or any kind of reason the facility needs to get rid of a medication that they can’t give to a patient. That is an area that often requires two employees to document and some facilities are slack about that. One of our people on this last case had 63 incidents where he ‘wasted medication.’ That’s just not normal.”