A judge has said he will reinstate a ban on admissions at an embattled McDowell County adult care home that is currently engaged in a lawsuit against the North Carolina Department of Health and Human Services over numerous allegations of serious regulatory violations. 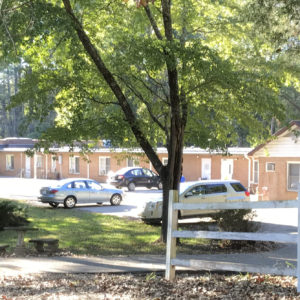 Administrative Law Judge Randall May asked attorneys for the state to draft an order by Feb. 28 that would lift the temporary restraining order he imposed in November on the state’s suspension of new admissions at Cedarbrook Residential Center in Nebo, according to Kelly Haight, a spokesperson for DHHS.

May’s ruling comes after a weeks-long hearing in January in a High Point courtroom where attorneys representing Cedarbrook and the state contested DHHS 2017 complaint investigation and annual survey at the facility. A statement of deficiencies report from the Adult Care Licensure section of DHHS’s Division of Health Service Regulation described filthy living conditions, lax supervision of residents, insufficient staffing and medication administration problems at the facility.

Cedarbrook, an 80-bed facility that primarily houses adults with cognitive disabilities and mental illness, faced suspension of admissions in October following the inspection conducted jointly by state surveyors and the McDowell County Department of Social Services in September. Judge May issued the temporary restraining order in November to block the suspension of admissions until he could conduct a full hearing in January and issue a permanent ruling on the matter, as he has now done.

A key issue initially was Cedarbrook’s assertion that it could not stay in business if admissions remained suspended while it appealed the inspection findings. With the suspension back in place next week, it’s unclear what may happen to Cedarbrook next. The facility has been owned by Frederic Leonard, who has also owned or operated other adult care homes across the state, as well as the behavioral services company Strategic Interventions. An earlier Carolina Public Press investigation found that some Cedarbrook residents have been receiving services from Strategic Interventions, which could pose a serious conflict of interest and potentially violate both state and federal rules as long as Leonard owns both companies.

During the January hearing, attorneys for Cedarbrook argued that state surveyors were unfairly targeting the facility, and said inspectors failed to follow up on perceived violations that could have been easily explained away through doctor’s orders or more detailed staffing reports and other Cedarbrook documents. Attorneys for the facility also argued that interactions between Cedarbrook staff and residents, described in the state’s report about the inspection, were either fabricated entirely or misconstrued. 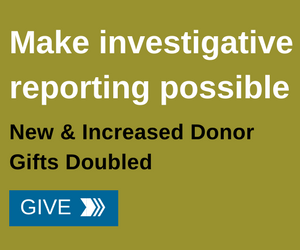 North Carolina Department of Justice attorneys, representing DHHS, countered during testimony from members of the inspection team, with detailed notes taken in real-time during the survey that purported to show the depth of the investigation and the thoroughness of inspectors. Derek Hunter, an assistant attorney general, argued on behalf of the state that the allegation from Cedarbrook attorneys that the state’s goal was to shut down the facility was incorrect. He said the suspension of admissions was designed to give Cedarbrook time to correct problems discovered by surveyors. Hunter also pointed to regulatory measures that DHHS could have taken if officials there felt the facility needed to be shut down immediately.

The October survey, and the statement of deficiencies that investigators produced detailing their findings, alleged that residents were threatened by staff members, that a resident was forced to lay on a soiled incontinence pad for hours, that a resident was allowed to eat out of the garbage, that another resident with a history of substance abuse ingested mouthwash and hand sanitizer, that residents weren’t bathed regularly and that the facility’s staff failed to supervise residents who were violent and posed a threat to other people at the facility.

Sutton previously judged an earlier case in which Cedarbrook sued the state over a damning survey and the steepest financial penalties the state had levied against any adult care home in recent memory.

That case began with a November 2015 survey, when regulators alleged rampant drug use, sexual misconduct, neglect and filthy conditions at Cedarbrook. The state proposed more than $350,000 in fines and a zero-star rating at that time, but DHHS eventually settled a lawsuit in the case, rescinded the financial penalties, removed the statement of deficiencies from its website and created a new four-star rating which Cedarbrook retains today.

Ponzi and Leonard did not respond to a request for comment on Judge May’s ruling.