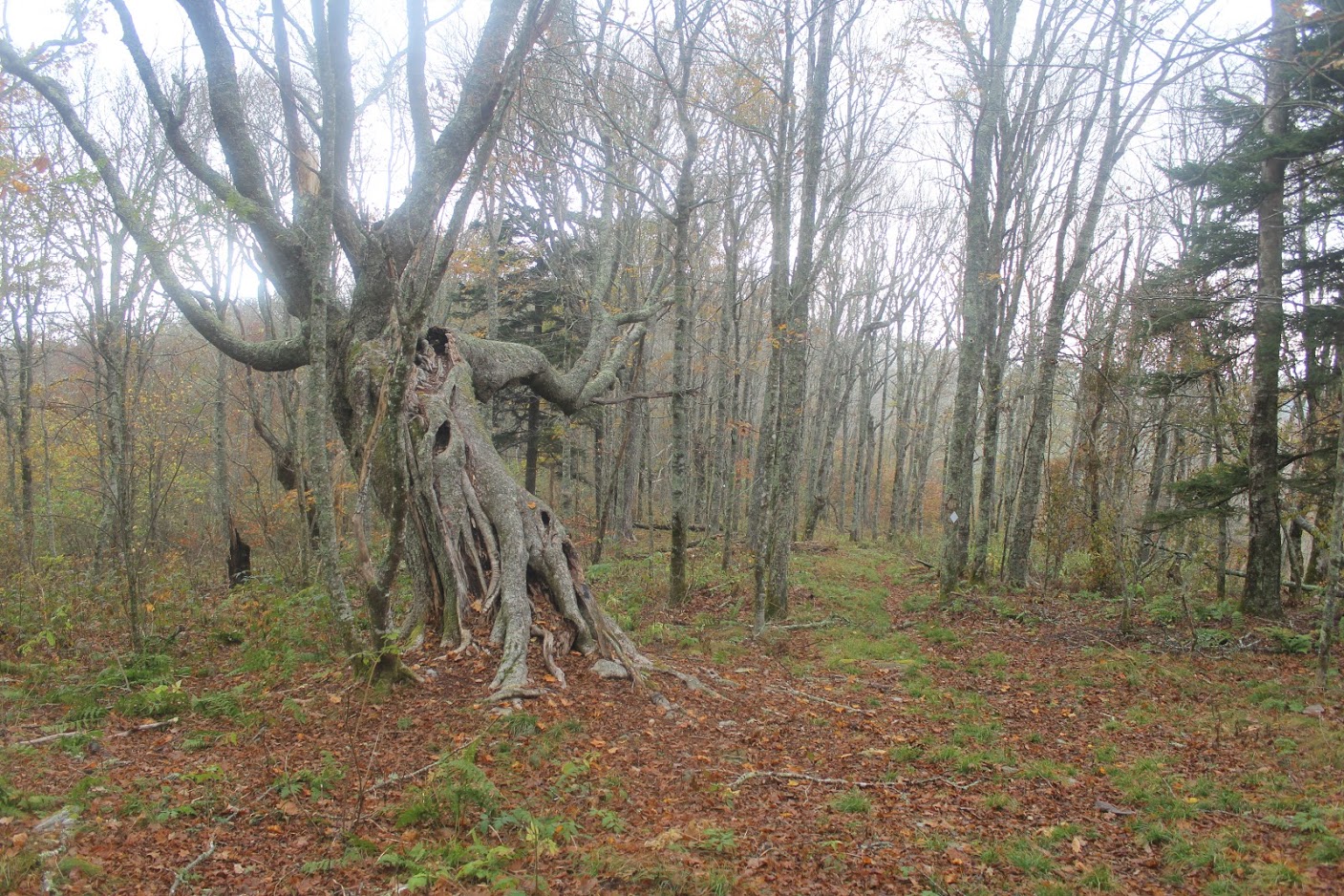 Unique trees and many other species make their homes in the Pisgah and Nantahala National Forests in the North Carolina mountains. Jack Igelman / Carolina Public Press

In November 2012, the U.S. Forest Service began work on a comprehensive revision of the Land Management Plan for North Carolina’s Pisgah and Nantahala National Forests. It reasonably might have been expected to end in 2016. Instead, the politically complicated process remains underway with some crucial stages just ahead.

If the prospect of assisting a large federal agency in developing a comprehensive plan overseeing 1 million acres of public land makes you weary, you may not be alone.

Kevin Colburn, stewardship director of American Whitewater, points out that the length and complexity of the revision of the Pisgah-Nantahala National Forest Land Management Plan may have discouraged engagement from people other than professionals or users with a direct stake or economic interest. Nevertheless, Colburn said that in the coming months, public participation and interest may be more important than ever.

The multi-year process of gathering science and public information to create a comprehensive management plan for Western North Carolina’s two national forests is approaching a major milestone: in late summer, the U.S. Forest Service expects to present a draft plan with management alternatives and a draft environmental impact statement. [See Forest Lookouts, the ongoing special report from Carolina Public Press about the effort to shape the future of these public lands.]

“For the first time, we’re going to see what the Forest Service is proposing and thinking,” Colburn said. “I really hope the public doesn’t see this as ‘already done’ or ‘too big’ or ‘too complicated.’ It’s a real opportunity to get involved even if you’ve never heard of forest planning or attended a meeting.”

The overall strategies outlined in the plan may have broad implications, including which acres and rivers are recommended for greater protection. Recommendations for management of forest resources could range from improving wildlife habitat to the protection of Native American cultural resources. A final management decision will be made in 2019 by the supervisor of the Forest Service’s North Carolina office. 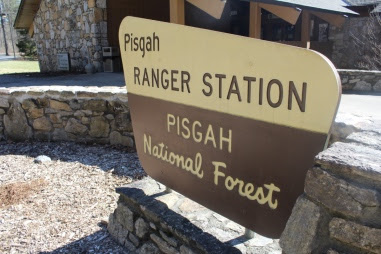 Last summer, the agency conducted six open houses to preview aspects of the forest plan and solicit feedback. During the course of the plan revision, the agency has organized several dozen meetings and has received thousands of comments on topics ranging from wilderness designation to harvesting the galax plant.

“Over the last several months we’ve been trying to understand and digest information about things that were working well and things that people wanted to change.” said Forest Service planner Michelle Aldridge. Although the Forest Service is not currently in a comment-seeking phase of the process, Aldridge said they are always accepting comments from the public.

To engage more residents of Western North Carolina in the plan revision, MountainTrue and member organizations of the Nantahala-Pisgah Forest Partnership are sponsoring several expert panel discussions about the forest management plan at four locations throughout Western North Carolina this month. The events are not sponsored by the Forest Service.  The Partnership is among several cooperative efforts formed around the revision to gather interest groups to discuss aspects of the plan.

Colburn, who will participate on the panel in Brevard on March 27, is advocating for Wild and Scenic River designations for eligible streams within the two national forests. He’s been an active participant in the Partnership as well as the “Stakeholders Forum for the Nantahala and Pisgah Plan Revision.” The Stakeholders Forum was funded by the Forest Service and facilitated by the National Forest Foundation, a nonprofit organization based in Montana.

Colburn thinks the future plan for the two forests in the North Carolina mountains has the potential to be a model for other national forests.  “I think there are a lot of good ideas on the table and I think the Forest Service is interested in doing something innovative,” he said.

Josh Kelly, a biologist with MountainTrue, is also hopeful, but less optimistic about the plan’s possible content. Like Colburn, he’s participated in the Partnership and Stakeholders Forum.

“I had higher expectations of where (the Forest Service) would be,” Kelly said. “Not necessarily as being finished with the forest plan, but as far as having plan content that was clearly going to prioritize an inspiring program of work for the Forest Service and its partners over the next couple of decades. I haven’t seen that inspiring program of work or a vision of prioritizing work that will have a broad base of support. I am disappointed in that.”

Because of deeply held historical, cultural and philosophical views, the priorities and values of forest users can vary widely in North Carolina. Finding harmony around the range of values has been among the greatest challenges of the forest plan.

“At the end of the day, I’m hoping the plan recognizes the blend of multiple uses we have on the forest and doesn’t lay out a cookie-cutter management system,” Kelly said.

One area of mutual understanding that has surfaced in the planning process is the need to restore the ecological structure of the forest. While the region’s forests may appear healthy from the vantage of a roadside overlook, there are a wide range of concerns regarding their overall well-being. For example, the lack of fire, the spread of invasive species, and the lack of early successional habitats have concerned experts.

“We’ve been able to more clearly articulate the health of the forest and its ecosystems,” Aldridge said. “We’ve also done a better job of explaining what those ecosystems can look like and what we’re striving for. It may take a while to get there, but we know where we want to be and can head in that direction.”

David Whitmire, a Transylvania County resident and chair of the Fish and Wildlife Conservation Council — a collection of hunters and anglers that has been active in the planning process — said many of his constituents’ concerns regarding game population and habitat are the result of an imbalance in the health of the forest. His group is advocating for a wider range of forest restoration approaches, such as prescribed burns and timber harvesting.

Although Whitmire said the marathon process has been challenging, the effort has strengthened his understanding of the complexity of managing a national forest.

“As a sportsman, I didn’t realize that we needed to be more active in getting (forest restoration) work done ourselves,” Whitmire said. “We’re in the same boat as other users of the forest. If bikers and horseback riders didn’t take care of the trails, they would have closed long ago. I think the plan has been a good opportunity to shine a light on those needs and demonstrate that we all need to get our hands dirty.”

Whitmire is scheduled to join Colburn on the panel in Brevard.

Aldridge thinks that an important achievement of the lengthy planning process so far is “a better grasp on how people use the forest, what they value, and how it relates to their livelihoods.”

Aldridge credits the work of the agency’s partners and other organizations that have “reached their communities to bring in anyone who might be affected by the forest management plan. Ultimately the plan is just the first step,” Aldridge said. “How we work together to achieve the goals is what matters.”