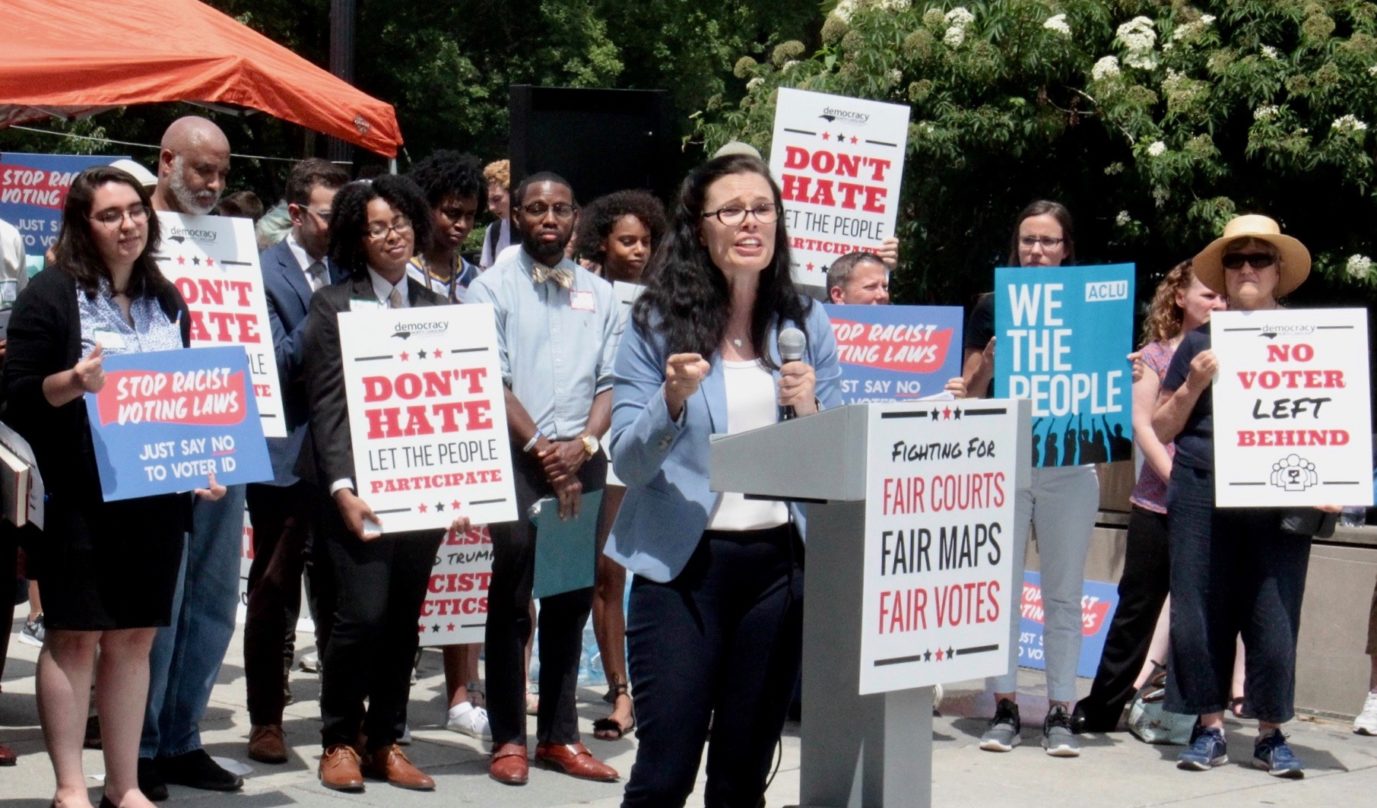 Legislation passed the North Carolina House on Tuesday putting a constitutional amendment referendum to add a photo ID requirement for voters one step closer to being included on the November ballot.

The bill, H1092, passed its first major hurdle in the House Monday night after two hours of a debate heavy with emotion and laced with charges of disenfranchisement and fraudulent voting, similar to those heard from the respective sides during prior exchanges on the issue.

GOP backers of the legislation argued that 34 states have some kind of voter ID requirement. The also pointed to several polls that show North Carolinians support the idea. 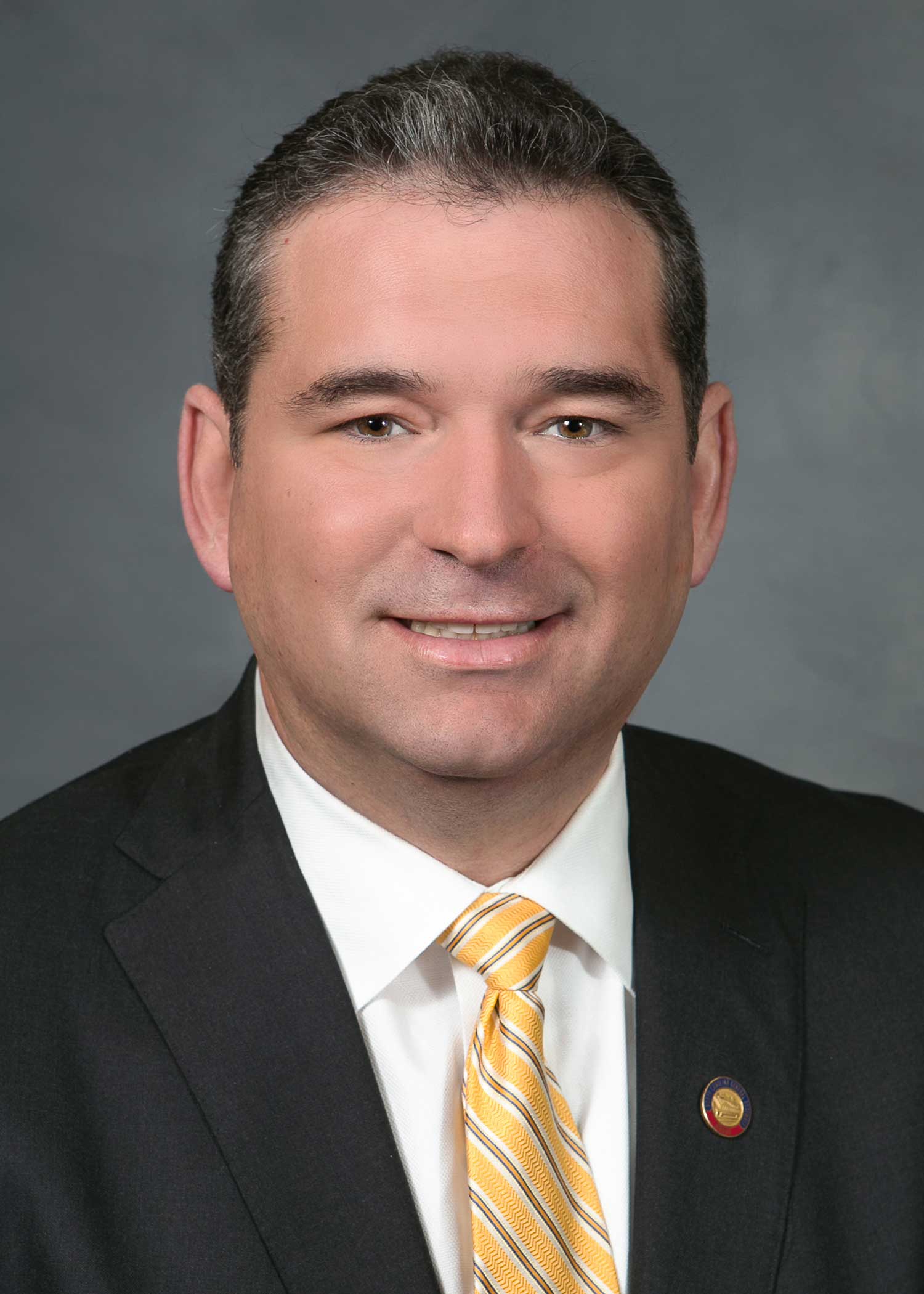 “We are committed to election integrity,” he said during floor debate Monday.

Democrats recalled the legislature’s stinging rebuke from the 4th U.S. Circuit Court of Appeals, which found that extensive voter ID provisions that the General Assembly passed in 2013 in the wake of the partial repeal of the federal Voting Rights Act were part of an intentional effort to reduce African-American voter turnout.

House Minority Leader Rep. Darren Jackson, D-Wake, said he expects the legislature to return and pass another strict law similar to the one struck down by the court.

“What we’re attempting to do tonight is just give this body an excuse, and it’s an excuse to go back with the same monster law we did in 2013,”Jackson said during Monday night’s debate.

The novel approach in this session’s attempt at adding voter ID requirements is that it starts by underpinning future rules with a constitutional amendment. The bill would add an extra constitutional qualification for voters with language stating:

If voters approve the referendum in November, the amendment would give lawmakers wider latitude in writing a new law and would provide greater protection for the law from challenges in state court.

Since the bill’s effective date is set as the date of certification of the November election, passage of the referendum sets up the possibility of a special session in late November or early December to put a  new voter ID law in place.

Democrats tried to amend the bill to change its effective date until after the next legislature is sworn in, but the proposal was voted down along party lines. Also voted down was a change that would have required photographic identification also apply to absentee voting.

Republican leaders have said openly that they would consider a special session to enact a voter ID bill but have not spelled out what the new legislation would do, what kind of exceptions would be afforded and how voters without an acceptable ID would obtain one.

Allison Riggs, senior attorney for the Southern Coalition for Social Justice, said she fully expects the legislature to return to pass a voter ID law late this year, especially if the GOP loses its veto-proof supermajority in the legislature during November’s elections.

“I’m certain of it,” she said. “I think there will be multiple special sessions. If they lose that veto-proof majority, they’ll do a bunch of stuff that’s on their wish list that would get vetoed.”

For now, she said, it’s difficult to know what will be in that bill should the voters approve the amendment, but given the way the brief amendment is worded, she sees several items of concern.

The language in the bill says the legislature shall adopt a photographic identification requirement but only says it may adopt exceptions and it doesn’t put any requirements on the legislature to make the IDs widely available either for free or a low cost.

That’s important, Riggs said, because it would hold the state accountable.

“Even if they say we’re going to do it, if they do it in an inadequate way — and historically we have every reason to believe this is the case — we have an easy mechanism for holding them accountable in that,” she said.

She also expressed concern about how quickly the law would take effect, given that after a two-year rollout, 2,800 voters showed up to vote in the 2016 primary without proper identification.

Of those, half were eventually able to vote, but the others were not, despite a 2015 law in place at the time that had a larger number of exceptions than the 2013 law.

Balance that against the recent audit that showed only a handful of voter impersonation cases in the past several election cycles, she said, and then consider how many people a large general election would affect.

“That’s a really disproportional reaction and a real burden for voters in light of the ‘problem,’” Riggs said.

Catawba College political scientist Michael Bitzer said it will be difficult for voter ID opponents to make their case.

“What is being proposed probably will not in and of itself garner opposition, but the devil will be in the details, and the question is will the Republican leadership provide those details or simply say, ‘We need to wait until the voters have their say.’” he said.

“The question is how do you implement it? That’s going to be the great unknown and probably where the focus of the opposition will be in advertising and debate in the legislature.”