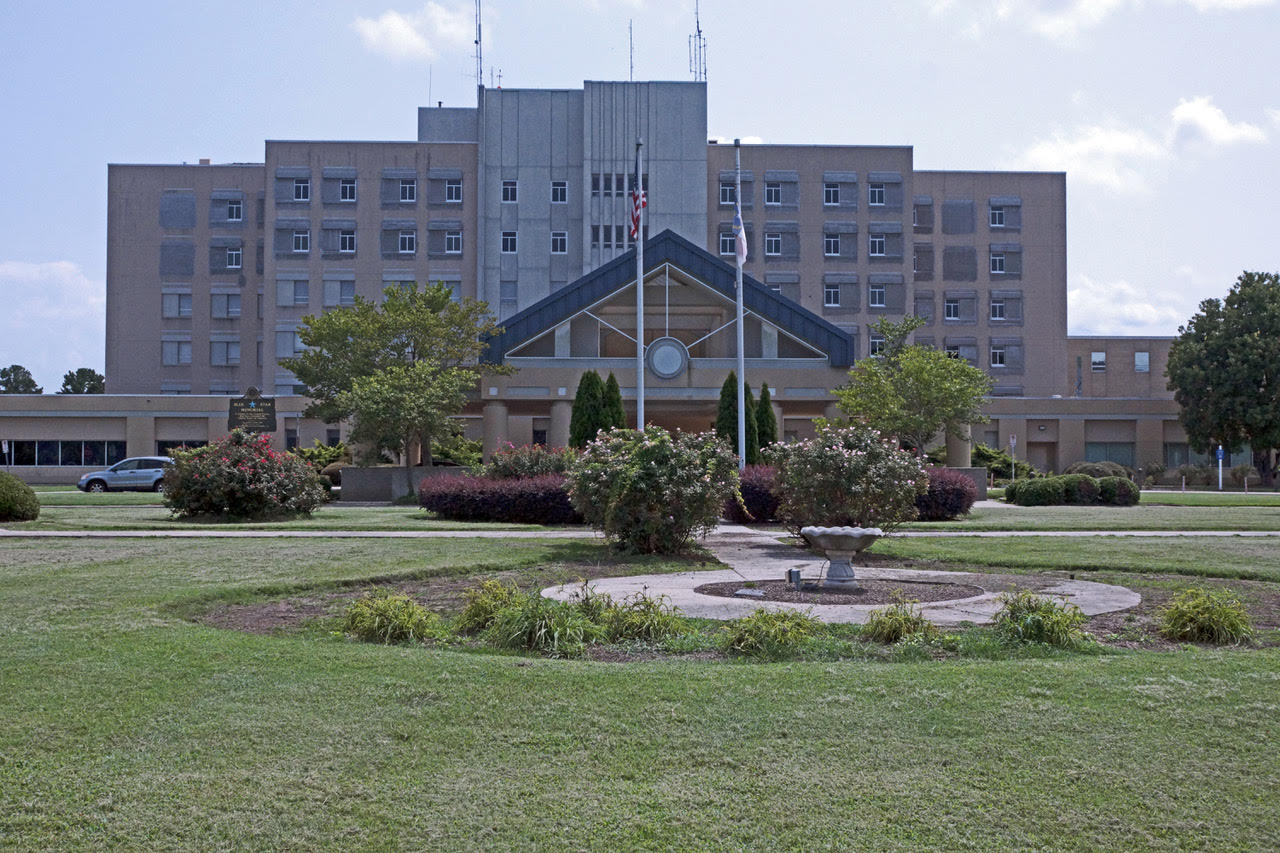 The Wilson Medical Center in Wilson is one of eight North Carolina hospitals operated by Duke LifePoint, which owns 71 hospitals in 22 states across the country. The company’s impending merger with a private equity firm has received minimal media attention, despite its potential to change the mission of these healthcare facilities. Calvin Adkins / Carolina Public Press

On July 23, a private equity company famous for having saved the Twinkie agreed to buy eight hospitals in small communities across North Carolina, but hardly anyone in the state took note.

Nationally, financial wire services reported on Apollo Management Group’s $5.6 billion buyout of LifePoint Health that day, and Wall Street investors reacted by bumping LifePoint’s stock from $48 to $65 per share overnight. But local news outlets in the communities where the hospitals were based didn’t receive press releases until days later. CEOs, local governments and health care system officials made little effort to relay the news to people in the towns they serve.

In the weeks that followed, Carolina Public Press requested interviews with CEOs across LifePoint Health’s North Carolina hospitals, hoping to answer one overarching question: What will it mean for the communities involved?

Each request was denied, though a few of the rejections were accompanied by a localized version of Tennessee-based LifePoint’s prepared statement.

Several hospital CEOs said they couldn’t comment because the surprise deal wasn’t finalized. Under the terms of the agreement — officially a merger between LifePoint and Apollo’s RCCH Healthcare Partners — LifePoint could solicit alternative proposals for the 30-day period that ended at 12:01 a.m. Aug. 22. Even after that, it will take months to get the regulatory approvals and blessing of LifePoint’s shareholders.

In the meantime, it seems there will be no public input or feedback sessions for citizens in Bryson City, Sylva, Clyde, Rutherfordton, Hickory, Sanford, Henderson or Wilson — eight of 71 communities in 22 states with hospital campuses previously owned by Duke LifePoint Health Inc.

The hospitals’ prepared statements each ended (with a few words changed in some cases): “After the merger closes, we believe we will be well-positioned to meaningfully extend our mission of Making Communities Healthier.”

The merger is part of a dramatic shift in health care for rural North Carolinians that has taken place over the past decade, as community hospitals fold into larger groups, and now those larger groups fold into even larger ones.

Asheville-based Mission Health’s sale to for-profit HCA Healthcare has dominated rural health care discussions in the state lately. But the Apollo buyout of LifePoint could serve as a guide for what to expect in the next phase of for-profit rural health care evolution. Most of these hospitals were nonprofits before LifePoint acquired them four years ago.

“Once it’s done, the community should have no expectation about what happens after that.”

NRHA ranks the top 100 rural hospitals in the U.S. every year, and only one North Carolina hospital — nonprofit Carteret General in Morehead City — made the list in 2018.

Still, by many measures, LifePoint has been good for the North Carolina hospitals it purchased. At the very least, it’s been better than the alternative: Eighty-seven rural hospitals have closed in the United States since 2010, six of them in North Carolina, in large part because fewer patients can pay their medical bills in shrinking communities.

In Sylva, Harris Regional Hospital had been trying to raise funds for a decade for a new emergency department. When Duke LifePoint took over, it immediately invested the remaining money and went to work. The new 15-room facility opened in late 2017.

In Hickory, LifePoint’s Frye Regional Medical Center last year was able to hire a neurosurgeon for the first time in a decade, and earlier this year it hired 82 workers who were laid off by another for-profit.

But LifePoint’s business has stalled. The most recent quarterly report for the three months ending June 30 showed $1.57 billion in revenue, down from $1.59 billion during the same quarter last year. Also, LifePoint has cut 2.6 percent of its salaries this year, while debt increased from $2.2 billion to $2.9 billion.

Apollo will undoubtedly make changes. That’s sort of the point of private equity: A firm, using nameless investors’ money, purchases a business on the assumption that it can improve it and give those investors returns. Apollo did that with Hostess Brands, acquiring the sweet-snack-making company as it faced bankruptcy in 2013, investing $150 million to make it attractive and selling it three years later.

On one hand, private equity could be better for the health care business than a publicly traded company — firms aren’t beholden to quarterly statements to shareholders, which means they can take the longer view.

On the other hand, communities can expect even less transparency into how their health care organizations are being run and less intimate connections between the hospitals and the communities.

That’s certainly what CPP found over the past month.

CPP contacted Steve Heatherly’s office first. Heatherly has been CEO of Harris Regional and Swain Community hospitals since 2012 and oversaw the transition to LifePoint in 2014. A spokesperson for Harris Regional responded with the prepared statement that ended in “Making Communities Healthier” and said Heatherly couldn’t do the interview because of his busy travel schedule.

When CPP offered to wait until he returned, the spokesperson shifted to say the statement would be the “only comment at this time due to the fact that the merger is pending.”

Slabach, the NRHA senior vice president, isn’t surprised. A former rural hospital administrator in Mississippi, Slabach says hospitals often become less accountable to their communities as they pass from one owner to another, being sold over and over through time.

For instance, if a county conducts a health-needs assessment, it’s much more difficult to implement strategies to meet those needs if those strategies aren’t also tied to profit.

“I feel sorry for those CEOs because this was hoisted on them,” Slabach said. “If I’m a hospital CEO and my only metric of my job performance is whether I’m turning out an 18 percent (profit), then I know where my priorities as a leader in that community are going to be.

“The question is: Who’s accountable to these rural communities for their health care?”

LifePoint CEO William Carpenter will lead the combined LifePoint-RCCH network of hospitals — which now will include 7,000 physicians, 60,000 employees, and 12,000 licensed beds. A LifePoint spokesperson said that, given how early the participants are in the process, they don’t have more to share beyond the initial press release and public filings.

The most circular interaction CPP had involved officials in Wilson County.

On Aug. 6, CPP emailed Wilson Medical Center CEO William Caldwell to request an interview. Two weeks earlier, the hospital had announced that Caldwell was leaving his position to take over as the new CEO of a hospital system in Pennsylvania that’s also part of LifePoint’s network. Caldwell responded warmly to CPP’s request in an email but wrote, “With everything that I have going on with my transition, I simply won’t have the time.”

So CPP called Wilson County Commission Chairman Robert Boyette, who directed questions to Commissioner Chris Hill, who is the government body’s representative on a local board involved in talks about the purchase. Hill returned CPP’s call but said to call Caldwell, the outgoing CEO who’d already denied an interview request.

“We’ve been advised to have one message, which I think is a wise decision,” Hill said.

For now, at least, that message is clear: no comment.

Unlike many others, we aren’t owned by umbrella organizations or corporations. And we haven’t put up a paywall — we believe that fact-based, context-rich watchdog journalism is a vital public service. But we need to ask for your help. Carolina Public Press’ in-depth, investigative journalism takes a lot of money, dedication and hard work to produce. We are here because we believe in and are dedicated to the future of North Carolina.

Michael Graff is a contributing writer to Carolina Public Press. Email him at michaelngraff@gmail.com.