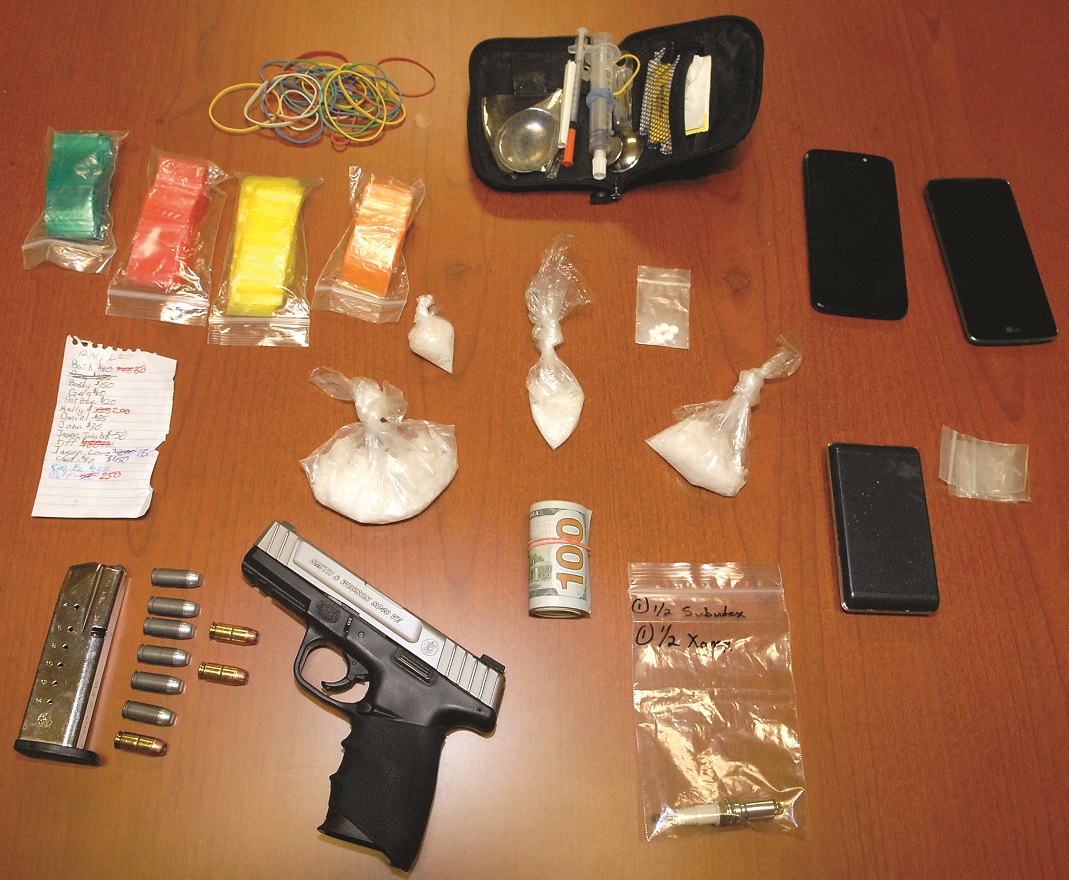 Last month the Wilkes County Sheriff’s Office announced a series of drug seizures that netted 30 arrests, including a number in which methamphetamine was a factor, alongside heroin, opioid pain pills, cocaine and marijuana, according to the Wilkes Journal Patriot.

Many headlines about the dangers of drug addiction in recent months have focused on heroin and other opioid drugs, which have been to blame for a staggering death toll. But cases like this one suggest that methamphetamine remains a prevalent problem as well.

Statistics from the N.C. Office of the Chief Medical Examiner show that meth is not just another nonopioid illegal controlled substance. Like opioids, methamphetamine is to blame for a growing number of deaths in North Carolina each year.

John Keane, special agent in charge of the Diversion and Environmental Crimes Unit at the State Bureau of Investigation, has an idea as to why methamphetamine use across the state is overshadowed by the opioid epidemic.

“If there’s any focus that is taken away from meth, it is that we just don’t see the deaths associated with it like we do with all opioids,” Keane said.

In 2017, 1,974 opioid-related deaths occurred in North Carolina, according to the state medical examiner, an increase from 1,584 deaths the year before, or about 25 percent.

While it may not be likely that deaths related to these drugs will sustain such high rates of growth in North Carolina for a long period, at its current growth rate, meth fatalities would be on track to exceed opioid fatalities in 15 years.

“We know that generally epidemics come and go, so we can expect that the opioid crisis will be replaced by another crisis in the future,” said Chris Budnick, an adjunct instructor in the social work department at N.C. State University who also works at Healing Transitions, a private, not-for-profit organization in Raleigh.

“Historically, we see this happening. If we simply focus on how we deal with the opioid crisis, we’re not going to be prepared to serve all individuals who are impacted by substance abuse disorder.”

Budnick is also the director of Healing Transitions, an addiction recover center in Raleigh. He cautions that there are downsides to all of the attention the opioid epidemic has received in recent years.

“It’s good there’s been a lot of coverage given to the opioid crisis, but there’re a few things we need to be cautious about,” he said.

“We’re investing a lot of federal dollars, which is appropriate, in response to the opioid crisis. But we need to make sure that we look to improve the entire system of care for all individuals impacted by substance abuse disorder.”

More than 12,000 North Carolinians have died as the result of opioid-related overdoses between 1999 and 2016, according to the N.C. Department of Health and Human Services. The highest numbers of opioid-related deaths between 2010 and 2016 were in Brunswick, Cherokee, Graham, Yancey, Burke, Wilkes and Yadkin counties.

Roughly 516 meth-related deaths occurred between 2008 and August 2018. However, the numbers since 2017 remain provisional. Relatively few of those deaths occurred earlier in the period, with just six in 2009, before reaching a high of 160 in 2017.

The highest levels of meth-related deaths since 2008 have included 54 in Buncombe County, 39 in Mecklenburg County, 27 in Forsyth County, 24 in Rutherford County and 24 in Surry County.

While an increase in the statewide population in recent years could partially explain the rise in deaths from both types of drugs, the population has not grown at such a fast clip.

Perhaps one of the reasons the rise in methamphetamine-related deaths has received less attention is that drug statistics released by the state Department of Health and Human Services typically do not differentiate between meth-related deaths and deaths from other nonopioid drugs.

However, the medical examiner’s office has the underlying data to show which deaths resulted from meth use and was able to provide a breakdown of these fatalities when requested by Carolina Public Press. 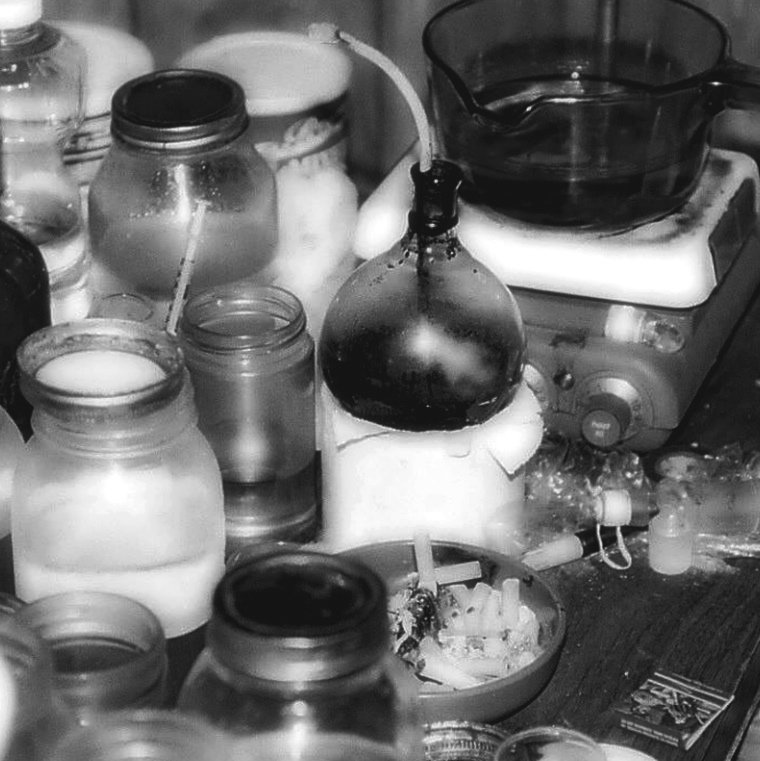 While this State Bureau of Investigation photo shows a methamphetamine laboratory, law enforcement officials have told Carolina Public Press that more of the drug is now being imported from Mexico. File Photo

Kelly Page, assistant special agent in charge of the SBI’s Clandestine Laboratory Response Unit, notes that the majority of methamphetamine in the state now comes from Mexico.

The U.S. Drug Enforcement Administration classifies methamphetamine as a Schedule II substance, meaning that there’s a high likelihood for abuse.

Budnick emphasized the importance of engagement as part of recovery, which can be difficult to maintain, given the daily stresses that the majority of people who suffer from addiction face. Because most people he helps at Healing Transitions come from lower-income backgrounds, thoughts of employment and housing often take precedence over continued recovery engagement.

“There’s a fundamental, pervasive thought about addiction – that it’s based on choice, that an individual has made a decision to use alcohol or other drugs; they’re therefore less deserving of our compassion, second chances and treatment,” Budnick said.

“Whether it’s alcohol, methamphetamine or other substances, what we really should be investing in is improving pretreatment/engagement, access to services and post-treatment follow-up.”

Center estimates show that by the end of the year, numbers could reach as high as 42 woman and 85 men, the highest number of both men and women the center has seen over the course of the past 10 years.

“Until we get more money, more prevention and treatment, we’re still going to have this problem, unfortunately,” Keane said.

“These people are sick who are misusing drugs. They have to have availability to treatment.”

Having access to treatment isn’t good enough, Keane said, because the treatment needs to be immediate. The longer people have to wait, the more likely they are to continue to misuse drugs, which could ultimately lead to an overdose-related death, he said.

“We need to do a better job of balancing the enforcement with the treatment,” Keane added. 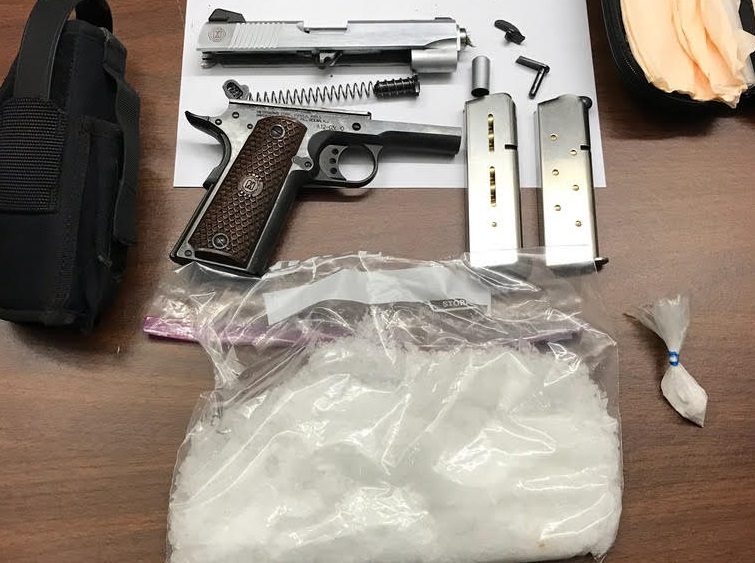 Law enforcement officials have reported finding methamphetamine dealers in North Carolina to be heavily armed. Courtesy of the Wilkes Journal-Patriot

Unlike many others, we aren’t owned by umbrella organizations or corporations. And we haven’t put up a paywall — we believe that fact-based, context-rich watchdog journalism is a vital public service. But we need to ask for your help. Carolina Public Press’ in-depth, investigative journalism takes a lot of money, dedication and hard work to produce. We are here because we believe in and are dedicated to the future of North Carolina.