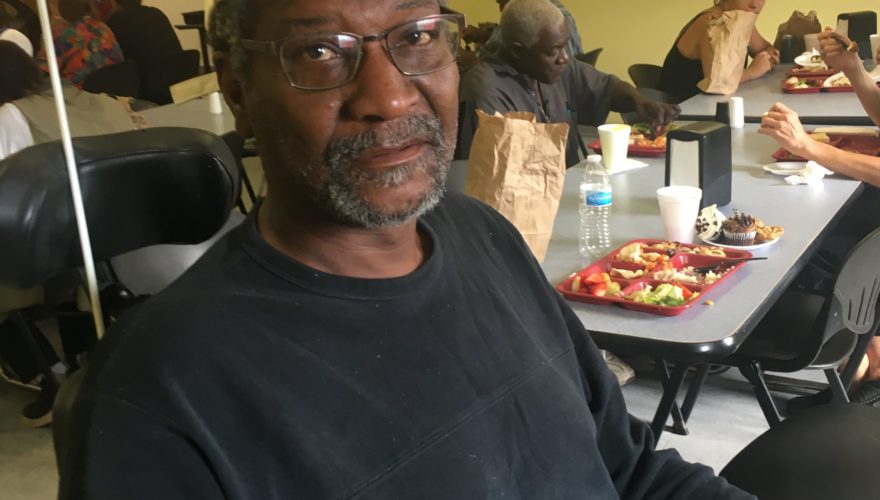 During the catastrophic rains and flooding of Hurricane Florence, Religious Community Services provided emergency help for people in the community as well as serving as a clearinghouse for local, state and national relief efforts. Long-established nonprofits such as RCS, known in their communities and beyond, played a central role in North Carolina during hurricanes Florence and Matthew, offering food, clothing and shelter to low-income and displaced residents.

“The minute the storm hit, they were our go-to agency, working with us to receive donated goods and services, as well as coordinating food and supplies,” said Sabrina Bengel, a second-term New Bern city alderman.

“They were able to coordinate those efforts very well. They understand how to work with the needs of the people who are down on their luck.”

Arriving on Sept. 14, Florence brought total damages of about $100 million to the riverfront town of roughly 30,000 people. So many neighbors near RCS were displaced by Florence that attendance at daily meals — mostly of seniors and children — went down to a few dozen from a typical day’s feeding of 175 people.

“A majority of it was flooding,” said volunteer Crarey Bryant, whose home is on nearby Bern Street. The census tracts for the center and its neighbors have median household incomes between $24,000 and $20,000, compared to $41,900 for the city as a whole.

“This area is very impoverished,” said Juliet Rogers, RCS executive director. “We have the challenges of children growing up poor without a lot of advantages. We just fight generational poverty. We always have.”

Bryant, a former supervisor at a Virginia hospital environmental services department, used a wheelchair on a recent Tuesday as he greeted the clients who start lining up before 10:30 a.m. for the midday meal. As a volunteer worker and booster, Bryant sees something exceptional in the welcoming atmosphere at RCS.

“I let people in and out — I love it,” Bryant said. “I’ve been from the East Coast to the West Coast, but I love New Bern, North Carolina,” he said.

Partly through its work with veterans, RCS has received a flow of donations in the weeks since Florence, when viewers all over the country saw video of flooded New Bern streets.

“We’ve had people from across the U.S.,” said Rogers, the executive director. “We had a truck come in from Denver.”

The shelter has accepted and distributed 17 tractor-trailer loads of donated food and supplies since Florence, with the New Bern business Liftavator installing a large tent to handle overflow. All this happened in the midst of a nearly completed fund drive aimed at significant expansion of the RCS campus.

“Down this hall will be a home for homeless veterans, the first in Eastern NC,” Rogers said during a tour. “They’ll be getting services to get them into permanent supportive housing.”

In addition to five apartments for veterans, who make up nearly 10 percent of New Bern’s population, RCS will add emergency spaces for individuals and expand from one to four rooms to house families.

About 320 volunteers staff RCS, with eight or nine coming for each meal from churches, civic organizations and the community.

On a recent Tuesday, the kitchen was staffed by students from Epiphany School of Global Studies, with Melissa Trask along to keep eye on things. A group of students staffs the kitchen every third Thursday.

“I’m just a volunteer,” Trask said. “They need an adult.”

RCS can help people with utility payments, getting prescription drugs or transportation via the Craven County CARTS system.

About 75 percent of clients who stay in the shelter are working, Rogers said, and RCS asks those who are not employed to look for a job during the day. Anyone can walk up and get a meal, with no questions asked. But RCS screens overnight guests for sex offenders, people with pending warrants and those with substance abuse problems, a condition that plagues the area.

“The hustle of selling drugs is so easy, but it’s a life that will leave you constantly looking over your shoulder, and likely incarcerated or dead,” Rogers said she tells young people.

Educating clients in job-ready fields has become key to the agency’s mission, one it carries out in collaboration with Craven Community College Workforce Development Center.