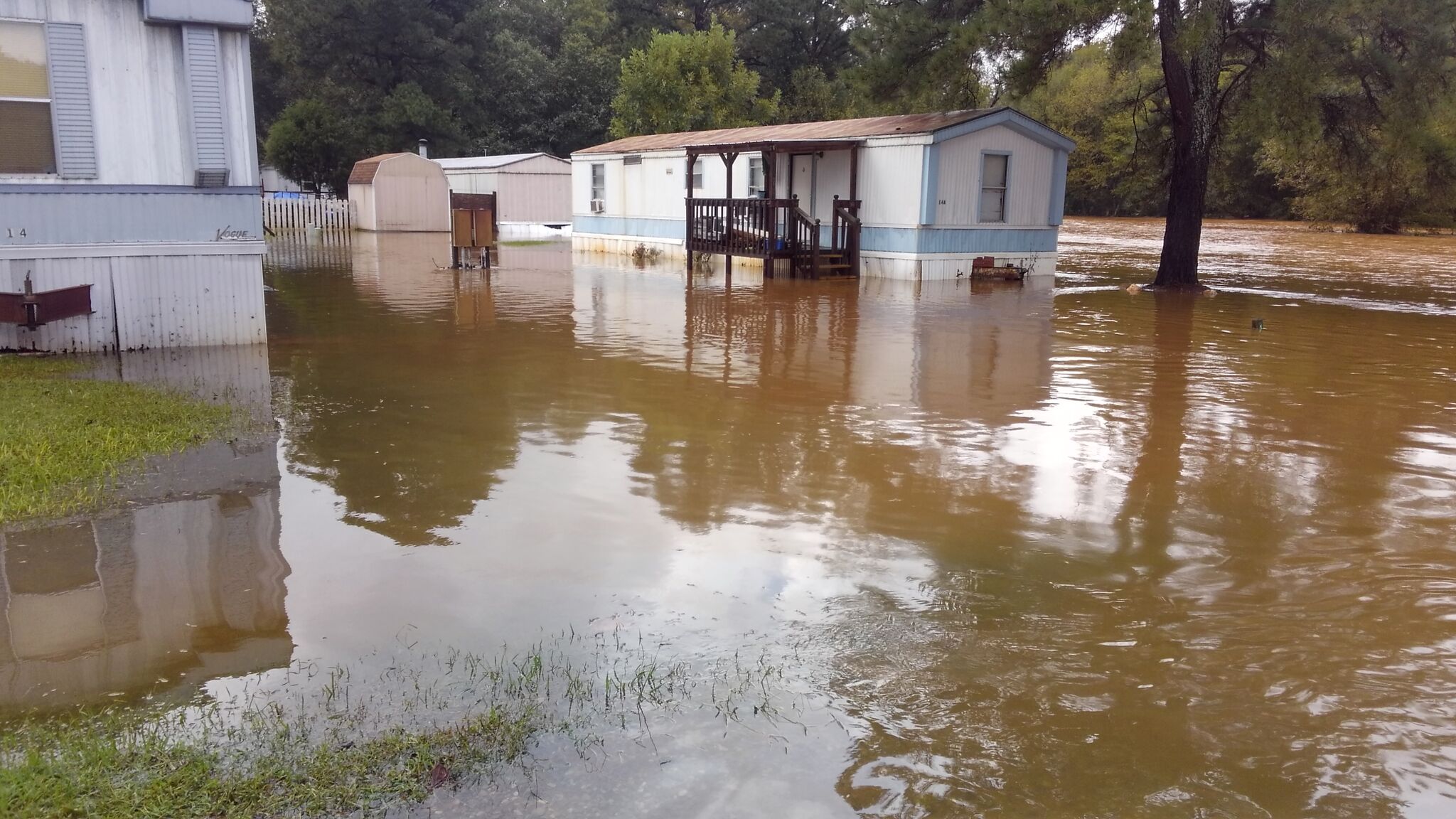 Weeks after Tropical Storms Florence and Michael struck North Carolina, many areas far from the coast are quietly recovering out of the media spotlight.

Carolina Public Press recently talked with leaders in several inland communities about what they faced as a result of the hurricanes.

Rodney Diggs, chief of emergency services in Anson County, said the primary concern there was flooding in mid-September due to Florence. A section of railroad washed away in Lilesville, causing a CSX train to derail on Sept. 16.

Repairs were completed quickly, with the track in operation less than a week later.

A dam in Lilesville nearly burst on Sept. 17, prompting evacuations but was stabilized the next day. Despite flooding concerns, the Blewett Falls dam on the Yadkin-Pee Dee River held, Diggs said.

Even though Anson is well inland — about a more than a two-hour drive from Wrightsville Beach — Diggs said he felt the news media gave Anson extra attention once concerns about the safety of the dam became an issue.

While the county faced infrastructure issues, Diggs said he knew of few businesses in Anson County that suffered much damage from the storms. Although 1989’s Hurricane Hugo caused more downed trees, Florence primarily brought flooding and washed away some state roads. 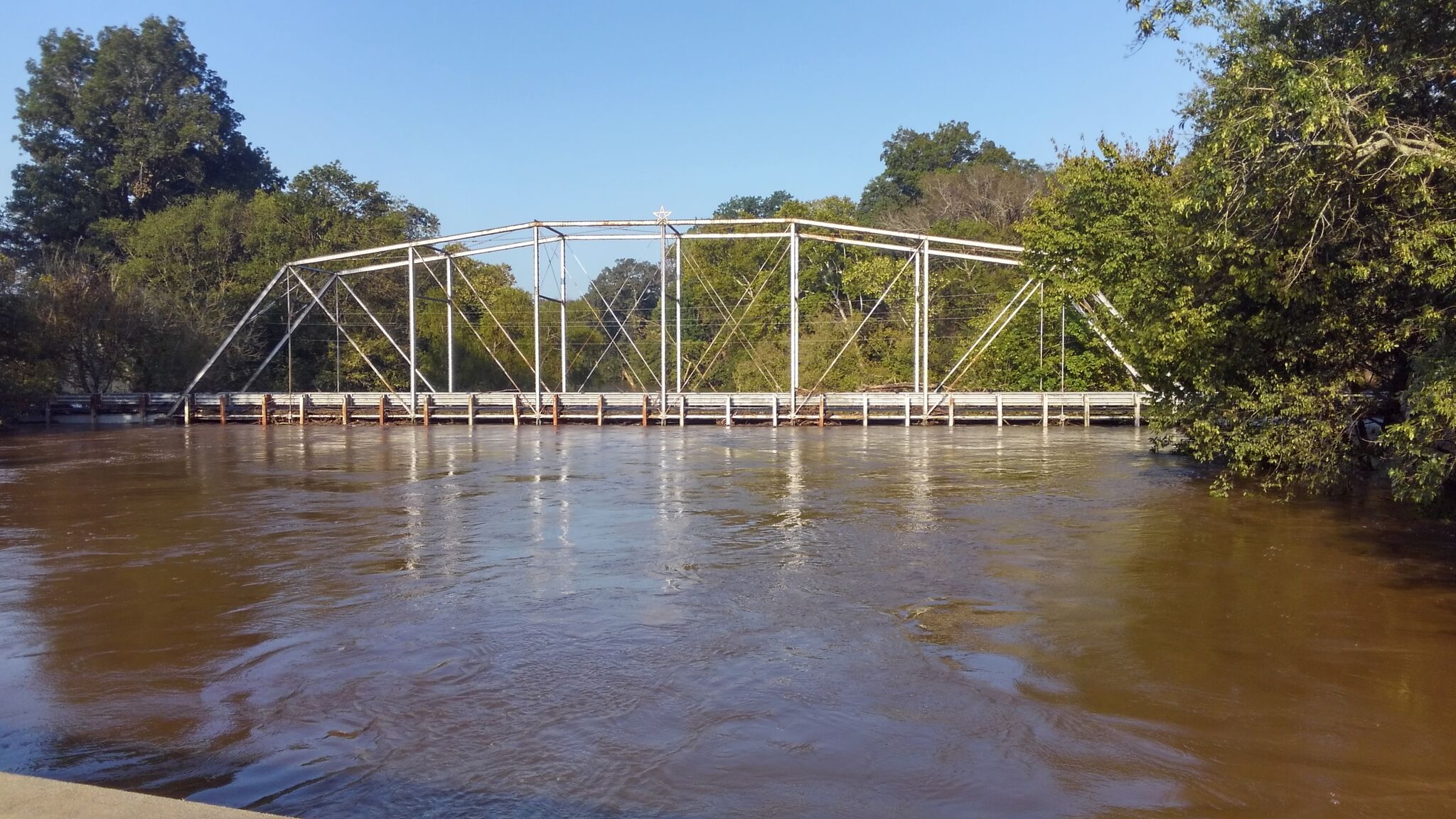 Floodwaters from Hurricane Florence in September wash over the Camelback Truss Bridge roadway in Cumnock on the Deep River between Chatham and Lee counties. Courtesy of Chatham County.

“We had significant flooding; it just wasn’t being broadcast on the news,” he said. “I didn’t have any complaints but did see people frustrated on social media.”

The county was also declared eligible for disaster assistance through the Federal Emergency Management Agency on Oct. 26. Until then, emergency officials had to fill in the gaps, with many people relying on charities for help. With no central, official organization to coordinate efforts, it was harder for residents to find help.

Until the declaration, most of the available assistance was to “help muck out a house or replace some clothing” — beneficial, but not enough, Newton said.

Since the recent FEMA declaration, some people are eligible to apply for a Small Business Administration loan.

“Prior to this, it was not an option,” Newton said. “The option was, you can go to your bank and hopefully get a loan, or go to a charity, in competition with harder-impacted areas.”

The county powered through until it became eligible, Newton said. While he understood that harder-hit counties were prioritized by both disaster relief organizations and the news media, some residents felt isolated.

“It’s a trade-off of living in a more rural area, but it’s growing,” Newton said. “I think a lot of folks who transitioned here from more dense areas have an expectation: ‘Why aren’t we being represented in the news?’ I saw people on social media saying, yes, emergency responders know and the county commissioners know, but they wanted the larger world to know it’s not just on the coast, it’s here. People have a different idea of what community is now; they want the world to know they were impacted and they’re suffering here, as well.”

Florence caused about 200 trees to fall and left about 10,000 without power, Newton said. Then came Michael, during which another 322 fallen trees were reported in Chatham County, with about 16,000 people left without power, some for days. 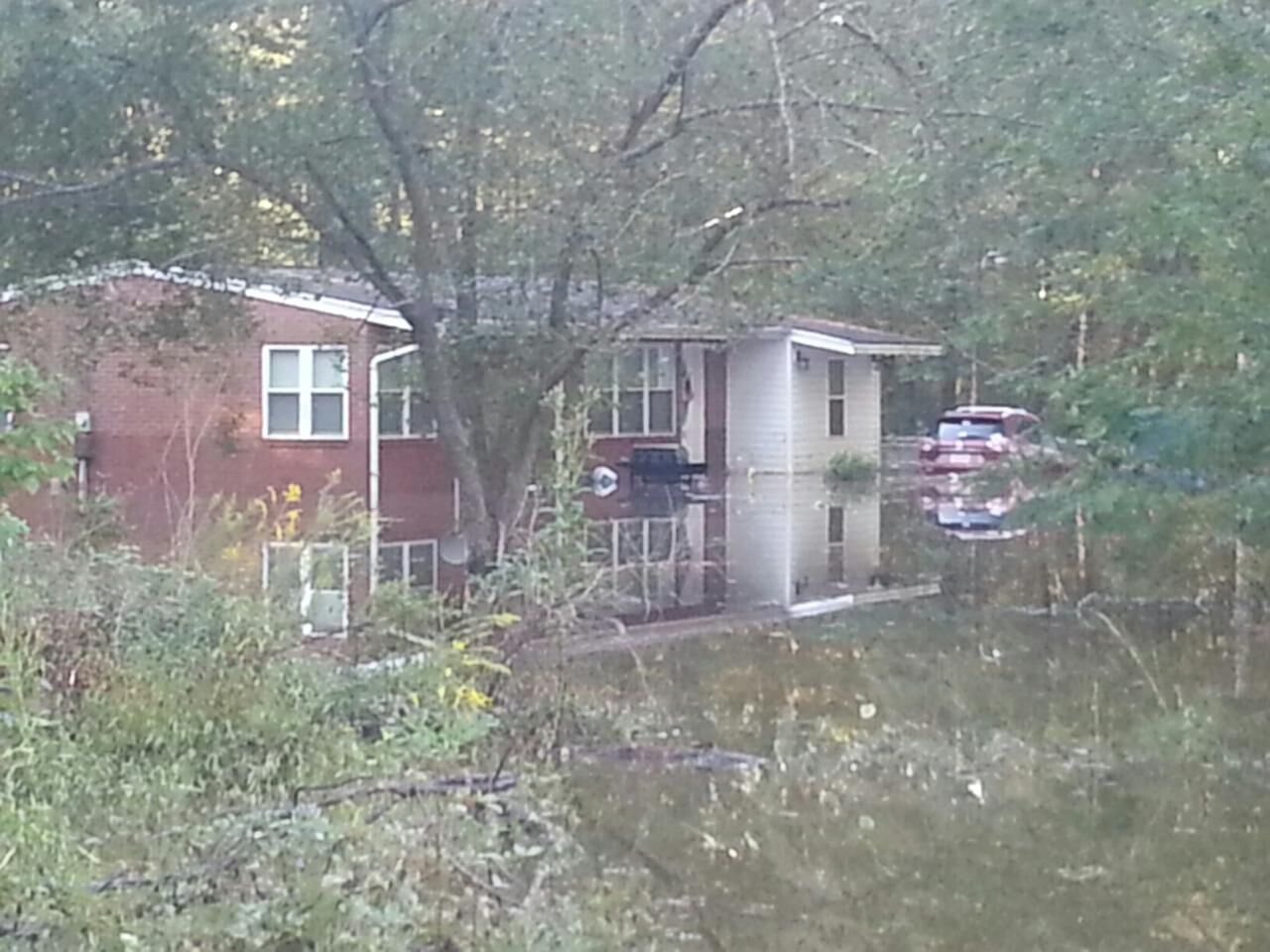 A residence in Gulf, in eastern Chatham County, is surrounded by floodwaters following Hurricane Florence in September. Courtesy of Chatham County.

South of Chatham County in Robbins, Town Manager David Lambert said the tiny Moore County town suffered destruction and was the site of several rescues, but its plight was almost unknown to outsiders.

The town sustained about $2 million worth of damage to its sewer lines, Lambert estimated, though assessment is ongoing. Roads were flooded, and first-responders answered more than 90 calls in the first two or three days after Florence hit. One involved a man and woman whose car had been swept away by floodwaters. They were clinging to a tree, clutching a baby when rescuers arrived.

“It was oversimplified in (the idea) that this was an Eastern North Carolina problem, this was a coastal problem,” Lambert added. “It is a North Carolina problem, and I think that the media attention … in areas like Robbins (would have been and) can still be impactful in the policies and dialogue that surrounds this storm and natural disasters nationwide in the future.”

The effects of the damage to the town’s infrastructure will likely be felt for years as the city seeks financial assistance and rebuilds, Lambert said. The projects will also divert funds from other areas, including the town’s need to invest in economic development, Lambert said, noting that Robbins is “a very, very poor town.”

“We’re really worried about how this will play out,” Lambert said.

Despite their comments about the broader news media, both Newton and Lambert praised local news media outlets’ performance during the storms.

More than half of North Carolina’s 100 counties are eligible for assistance from FEMA through the Individuals and Households Program and/or Public Assistance program.

Mike Wade, assistant external affairs officer for FEMA, noted that while there was a federal declaration made for Florence, none has been made in North Carolina for Michael. 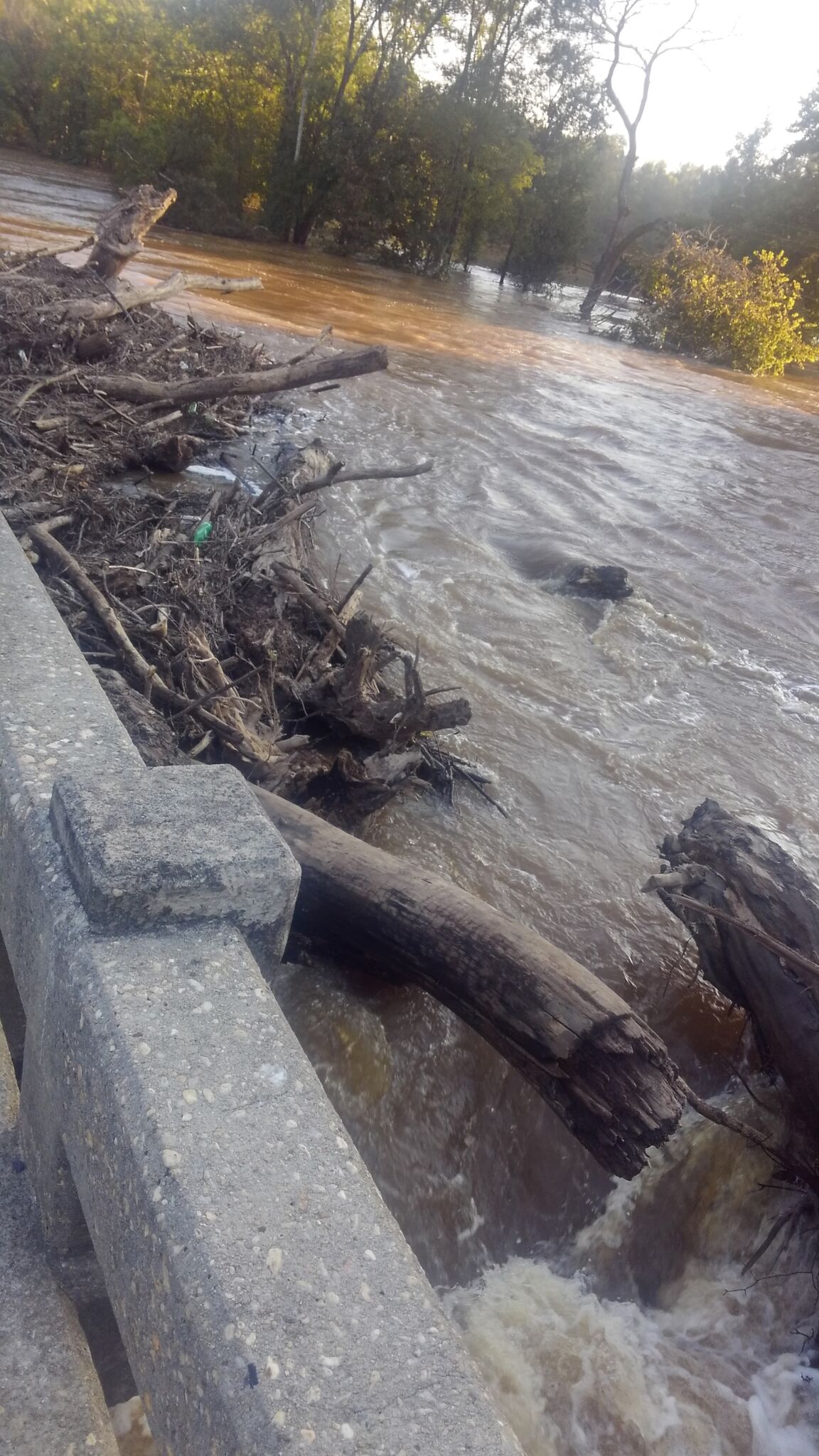