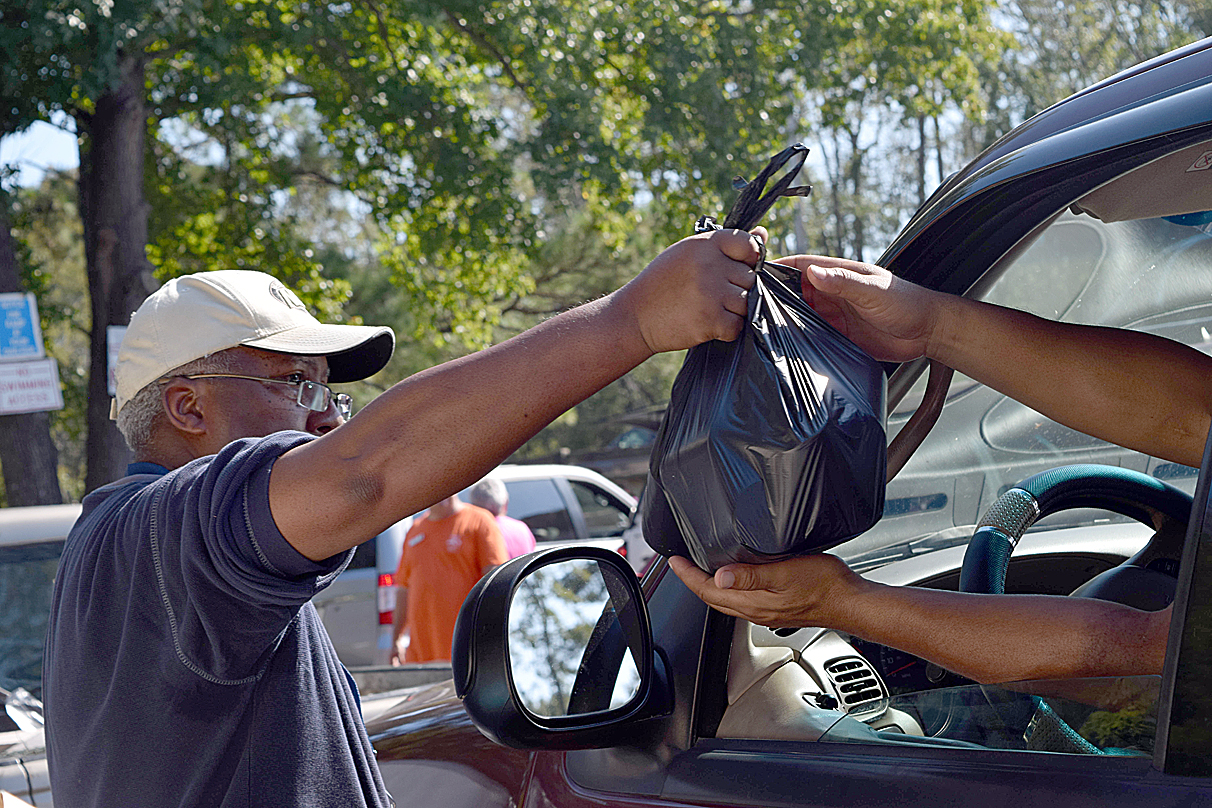 For some in North Carolina, an extra month to apply for individual assistance through the Federal Emergency Management Agency could make all the difference as victims of Hurricane Florence struggle to settle back in.

The 30-day extension, announced by FEMA earlier this month, will allow homeowners and renters in eligible counties to apply until Dec. 13.

Jessica Slider Whichard, senior manager for communications at Food Bank of Central and Eastern North Carolina, said that 22 of the 34 counties her organization serves are now federal disaster areas.

“It’s long-term need,” she said. “Now that shelters are closing, options for hot food are going away, and folks are getting back into their homes and looking at being able to repair and restock, and (we are) trying to make sure that we can ease the burden of trying to have food on the table for them, as well as supplies that we’re distributing.”

With shelters closing, some are left staying with relatives or in hotels, she said.

Many in the affected areas are “trying to navigate the process of paperwork and FEMA and insurance agencies, while worrying about children who have been out of school for an extended period of time, or worrying about transportation to work or being able to make repairs to their home, as well as restocking their refrigerator and putting food on the table,” she said.

“Having this extra amount of time? Our hope is that it alleviates some of that immediate stress and the burden of trying to do all of these things at one time.”

Clementine Thompson-McCormick, director of Lumberton Christian Care Center, said her agency does not track the number of clients affected by the storms. It serves food for an hour each weekday in the largest city of Robeson County, which was severely flooded after Hurricane Florence. Robeson County is on the state’s central southern border with South Carolina, just south of Fayetteville.

The center can house 20-24 people and lets them stay up to 90 days if they demonstrate that they are working toward their goals, the director said.

Two months after the storm, the center is still serving a large number of people, sometimes hitting its capacity for the number of overnight guests it can house, since some residents are displaced.

Thompson-McCormick has noticed that mealtime numbers have declined and attributed it to the storms.

“Our numbers here have gone down because, like before, some people are displaced,” she said. “A lot of people who were living in the streets or living in poorly developed homes, this place they’re living now could be too far for them to get back in to eat.”

The extension will benefit those who are struggling, particularly older people, Thompson-McCormick said. Among the newer issues some are facing is that some rents have increased since the storm, causing more problems, she said.

With the brunt of Florence hitting farther south on the coast, only a small amount of people in Hyde were displaced, making it easier for him to offer personal assistance. A 93-year-old Scranton man with whom Gibbs is working has been in a hotel since his home filled with 11 inches of water.

Gibbs said about 10 or fewer people in Hyde remain displaced, but around 300 homes experienced some form of damage. Some were secondary or vacation homes.

A shortage of housing options in largely rural Hyde County has exacerbated the problem. The county’s building inspector died just before the storm. Hyde had to contract with two nearby counties to perform inspections, delaying the process.

Many people may be waiting to apply with FEMA since they have yet to hear back from insurance companies, which are dealing with a large number of cases. It can take a while for an adjuster to be sent, Gibbs said. The number of contractors available to make repairs could also contribute to delays, particularly in rural locations, he added.

Those who have received answers can use the extension to appeal decisions if necessary, Gibbs said.

“I’ve referred to it before as a comparison between switching from a conventional race to an endurance race because it takes so much longer during the recovery process for people to actually come out on the other side and come to some sense of normalcy,” he said.

If you need to apply for aid

FEMA’s website includes a page with information specific to North Carolina victims of Hurricane Florence, explaining what forms of aid are available and how to apply for it. To learn more, click here.