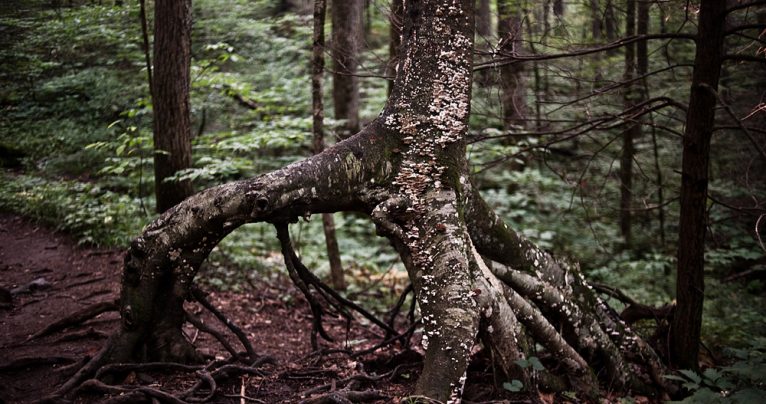 The Joyce Kilmer-Slickrock Wilderness is part of the Nantahala National Forest in Graham County. It is just one part of a U.S. Forest Service-led remanagement effort focused on the future of 1.1 million acres of public land in the Nantahala and Pisgah national forests. The plan will impact the region for decades. File photo by Mike Belleme / Carolina Public Press

In this episode, host Peter Kent and contributing environmental reporter Jack Igelman report on Graham County, N.C. The lives and livelihoods of Graham County residents in Western North Carolina are dramatically affected by the Pisgah and Nantahala national forests; nearly 70 percent of the county, which is home to 8,500 residents, is public national forest land. Graham leaders are participants in the update of the forest plan, which focuses on 1.1 million acres spanning nearly every mountain county in North Carolina. They have no choice.

“The forest can make us or break us,” said one county official.

Resources on the Nantahala, Pisgah forests:

What does it mean to Graham County? The national forest drives the economy.

But is this brand new to you? Need to start from the beginning? Here’s an overview from the U.S. Forest Service.

Want to read the pre-draft? These pieces have been made public.

And how is the forest today? Here’s the 2014 assessment of forest conditions and trends report mentioned by the U.S. Forest Service’s Michelle Aldridge.

Coming up on The Kicker

Tune in and chat with us live. Our next show is Dec. 6, from 3:30-4 p.m. We broadcast live on Facebook and on the radio from WPVM FM 103.7, in Asheville, and online at WPVMfm.org. Shows are recorded, so you can listen any time on CarolinaPublicPress.org.

Be in touch. Write or send us a voice memo at thekicker@carolinapublicpress.org. Your input, suggestions and questions may be aired and may help shape a future show. Subscribe to Carolina Public Press to keep up with our news, events, shows and more.