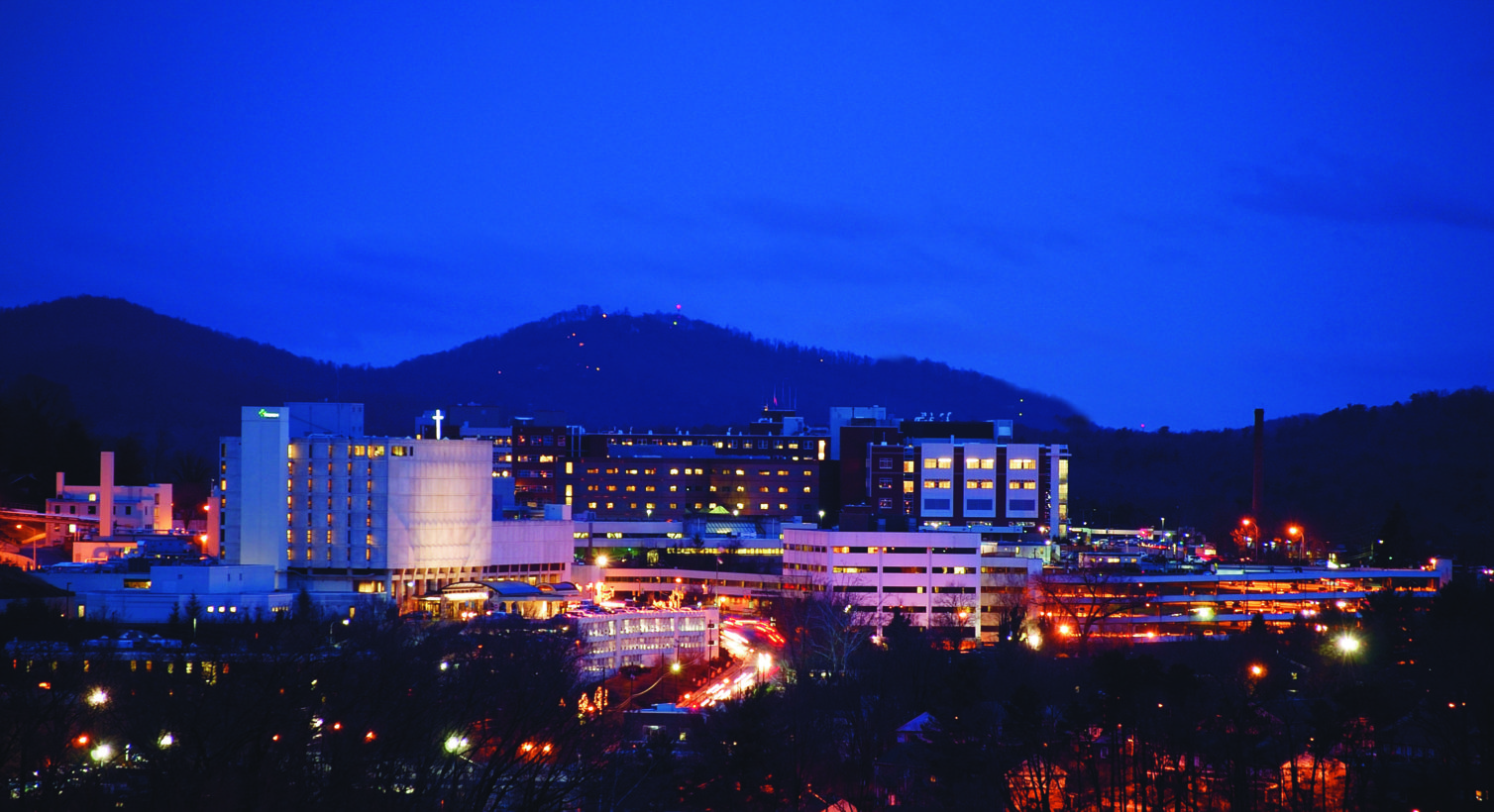 Mission Hospital in Asheville at night. Courtesy of Mission Health

HCA’s acquisition of Asheville-based Mission Health’s assets received approval from state Attorney General Josh Stein on Wednesday, paving the way for the largest health care provider in Western North Carolina to move from nonprofit to for-profit ownership while setting up a massive nonprofit foundation with the sale’s proceeds.

However, Stein listed a series of stipulations to which the parties have consented in his letter approving the transaction. Some of these address concerns that residents of Western North Carolina have voiced since negotiations between HCA and Mission Health became public knowledge.

Stein’s letter also made specific provisions for the Dogwood Health Trust’s board, limiting terms of representatives from Buncombe County and ensuring that by 2021 the number of members from any one county will be no more than four.

The letter additionally required efforts to have a level of diversity on the board reflecting the diversity of Western North Carolina’s population. Stein’s letter observed that the initial board had no persons of color but has now been changed to have 27 percent membership by persons of color. 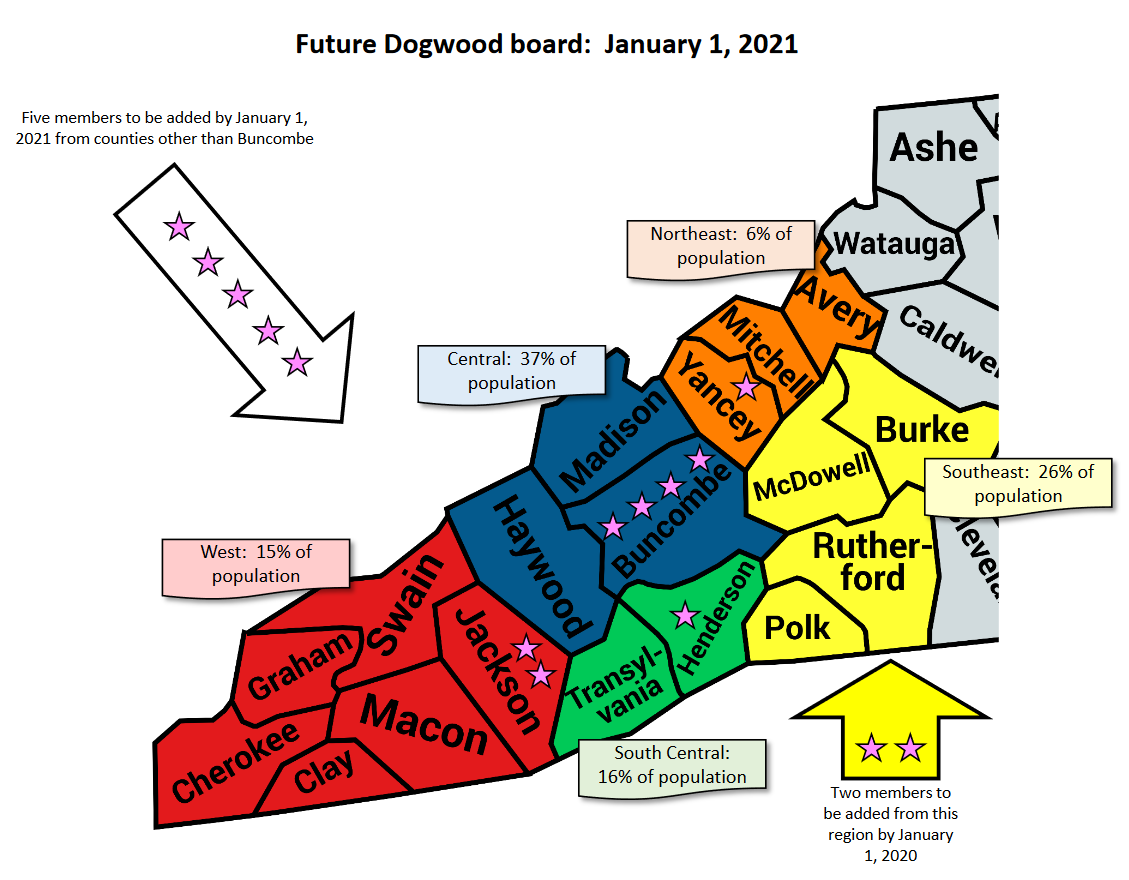 Attorney General Josh Stein released this map Wednesday to describe the requirements for the eventual makeup of the Dogwood Health Trust board. Courtesy of the state Department of Justice.

The attorney general also called for Dogwood’s meetings to be public.

In addition, the letter provided for a number of means of enforcement of its requirements and for fairness in concluding the transaction.

Ultimate approval of the hospital companies’ deal, with stipulations, was in keeping with comments that Laura Brewer, a spokesperson for the state Department of Justice, made to Carolina Public Press in a November email.

“Ordinarily, when our office has objections, the parties involved accommodate those objections and revise the transaction accordingly,” she wrote, suggesting that outright rejection of the deal was never likely.

In announcing Wednesday’s decision, Stein emphasized the importance of continued access to health care for residents of the areas currently served by Mission.

“We kept that fact in mind as we conducted our review of this transaction. After extensive negotiations, I am satisfied that this new agreement protects health care in Western North Carolina, ensures that the full value of Mission’s assets will continue to be used for public purposes and requires that the Dogwood Health Trust will be independent and representative.”

With the sale’s value potentially exceeding $1.5 billion by some estimates, the resulting Dogwood Health Trust would immediately rival the largest grant-making foundations in North Carolina. 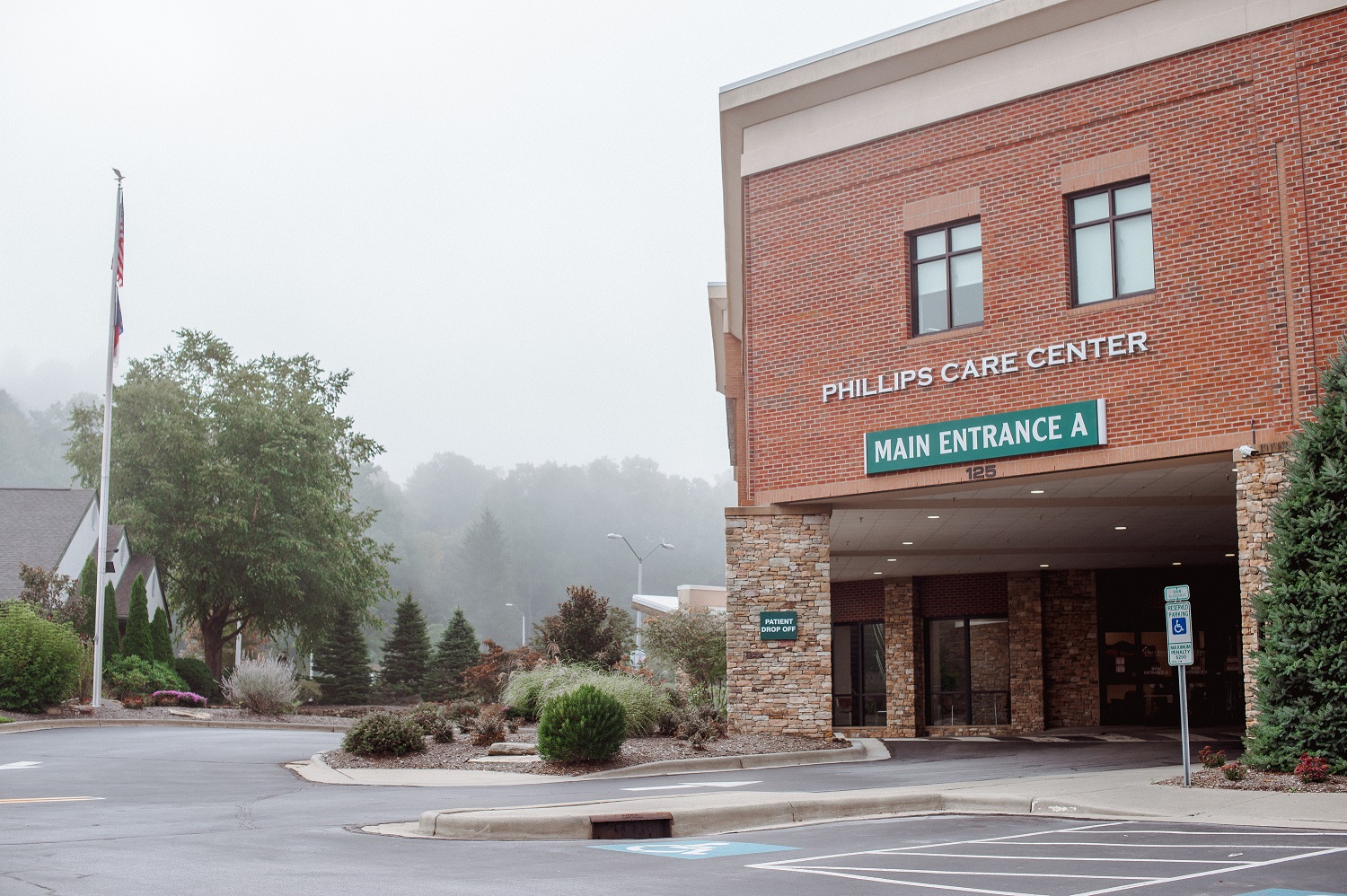 Blue Ridge Regional Hospital in Spruce Pine is among the local hospitals included in the Mission Health sale to HCA. Mike Belleme / Huffpost