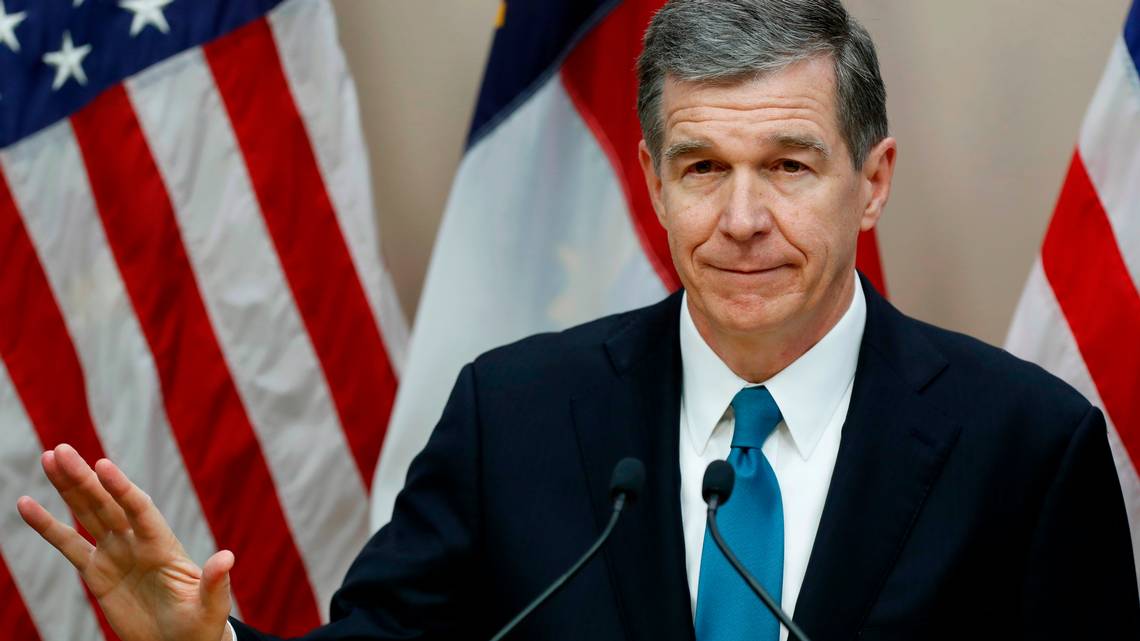 North Carolina Gov. Roy Cooper called for more money to renovate the state’s aging public schools during his State of the State address on Feb. 25.

“Right now, four in 10 public schools in our state are at least 50 years old,” Cooper said. “That means they’re still using the schools you and I went to.”

We wondered whether the state’s public schools are actually that old, so we decided to check out Cooper’s numbers ourselves. As it turns out, the data is not so easy to come by.

We started with Jamal Little, the governor’s spokesman, who told us that the information about the ages of public schools came from the North Carolina Department of Public Instruction, which collected that data in 2016 while compiling its most recent survey on school facility needs.

Little gave us a table that said 949 of 2,306 public schools that reported construction dates were at least 50 years old (325 schools did not report their dates). He said the table came from the Department of Public Instruction but was not publicly available online. 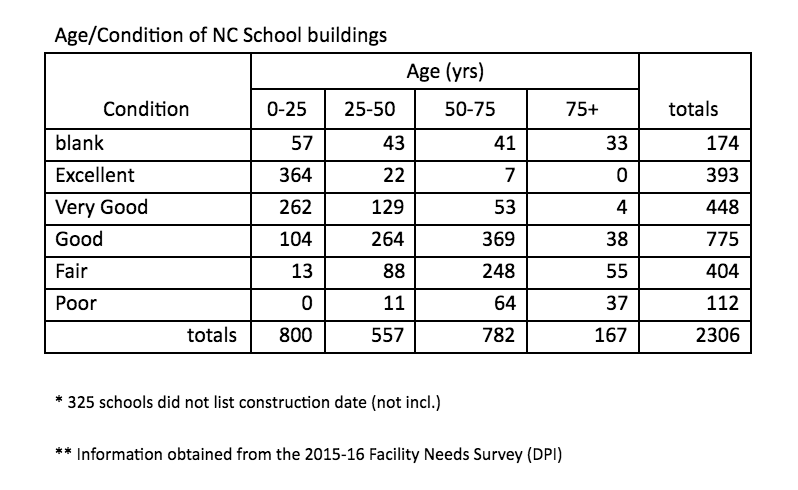 According to the table, about 41 percent of the schools that reported construction dates are more than 50 years old.

But Drew Elliot, communications director for the Department of Public Instruction, said he could not confirm the table came from his department. He said he believes his office “could get those numbers or something very close to it” but could not validate them without a week’s time.

“We have no reason to think that his numbers are off,” he said. “Nothing in there looks anomalous to what we know about the age of school buildings in North Carolina.”

We wanted more definitive evidence, so we asked Elliot for the data the state did have. He sent us a copy of the department’s list of construction dates so we could crunch the numbers for ourselves.

That wasn’t easy. The list assigns multiple construction dates to each school, and it’s not immediately clear what each date refers to. But Elliot said the dates correspond to construction of “separate structures” and that the earliest date listed for each school would offer the best approximation of the school’s age.

So, we did our best to sort through the raw numbers.

It turns out that the number of old schools may actually be larger than Cooper claimed. Out of 2,631 total schools, we counted 2,299 that had construction dates listed beside them. And judging by the earliest dates listed for each, 1,118 of those 2,299 schools were built during or before 1969, making them at least 50 years old.

That means that, by our calculations, nearly half the public schools are greater than 50 years old. But because the dates on the list were not labeled, even our calculations may be imperfect.

Also, the totals could change with more information about the schools that did not report their ages for the 2016 survey. And there’s potentially a big caveat because some schools have been renovated since their original construction, making them “newer” than their age suggests.

Cooper said, “Right now, four in 10 public schools in our state are at least 50 years old.”

The raw numbers from the department — the best information available — put Cooper’s statement in the right ballpark and showed it may even be an underestimate. But there are some uncertainties. So we rate this statement Mostly True.

Politifact is a national nonprofit news media organization based in Florida. The North Carolina branch works in conjunction with the Duke University Reporters' Lab and the News & Observer of Raleigh. The NC Local News Lab Fund and the International Center for Journalists also provide support for the project.