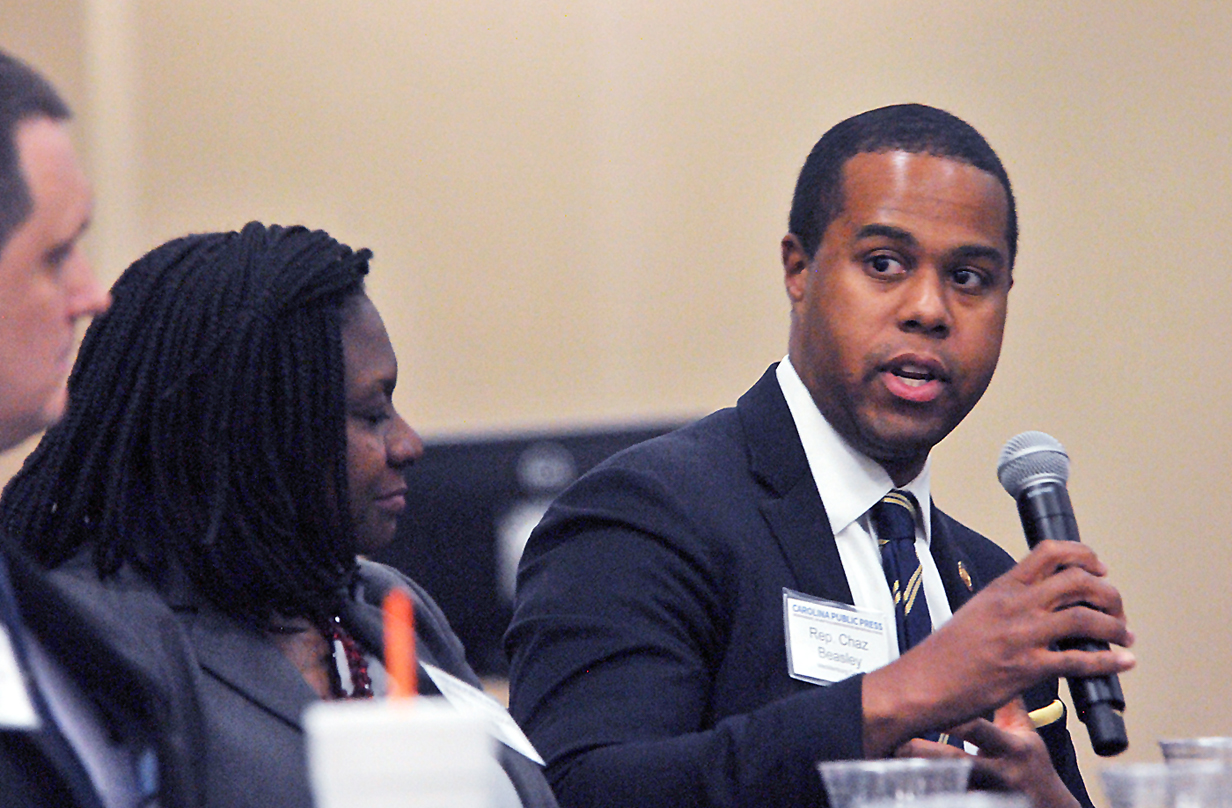 Two bills in the N.C. General Assembly would upend legal precedents that limit prosecutors’ options when charging someone with sex crimes.

North Carolina is the only state in the country where continuing a sex act after being told to stop is not a crime due to a decades-old legal precedent.

And while the law says sex with an incapacitated person is rape, a court precedent more than a decade old says the law doesn’t apply if the victim caused his or her own incapacitation through drinking or drug use.

The two bills that would change the pair of legal precedents have so far not had a formal committee hearing, but that could change after the legislature’s spring break.

State Sen. Danny Britt Jr., a Republican representing Robeson and Columbus counties, spent five years as a prosecutor in Robeson County. He’s one of the primary sponsors of Senate Bill 563, which says consent can be withdrawn at any point and if the other person doesn’t stop, it’s a crime. Ten other state senators have also added their names as co-sponsors.

Fewer than one in four people charged with serious sexual assault crimes in North Carolina are eventually convicted, a Carolina Public Press analysis shows. Sexual assault cases are tough to prosecute to begin with. Typically, the only people who witnessed the crime are the perpetrator and the victim, and more often than not, they know each other.

When the perpetrator says the act started with consent, though, prosecutors’ options are limited.

“I can tell you I’ve had multiple cases where that has happened,” Britt said. It’s a loophole that needs fixing, Britt said.

“We think it’s a good idea that you should be able to revoke consent. Everyone can agree to that,” Britt said, then paused before continuing.

“I’ve got a 6-year-old daughter and I can guarantee if anyone did that to her, they wouldn’t be released on bond,” Britt said.

“I’d want them to get every year, month and day they had coming to them. That woman should have the right to revoke consent, and if he doesn’t stop, then the son of a bitch that keeps on needs to spend every moment in prison.”

Also a former prosecutor, state Sen. Jeff Jackson, D-Mecklenburg, has made the same proposal three times before, starting in 2015. His bill had no other sponsors in 2017 and 2018.

“This isn’t a theoretical problem,” Jackson said. “There are stories from victims who have been denied justice, stories from law enforcement and prosecutors who decided not to take the case because of this old law.”

Skye David, staff attorney and lobbyist for N.C. Coalition Against Sexual Assault, said the organization supports legislation that would end the 40-year-old legal precedent. NCCASA has worked to change this legal precedent for many years.

A 2008 legal precedent interprets language in that law to mean raping someone who is mentally incapacitated is illegal only when victims didn’t voluntarily cause their own incapacitation by drinking or drug use.

State Rep. Chaz Beasley, D-Mecklenburg, said the bill might get scheduled for a committee hearing after the legislature returns from its spring break. He said he’s working to tighten language in the bill “to make the bill stronger and more clear.”

“We haven’t heard any opposition to the bill. … Every legislator that I’ve talked to has been really positive, even if they have questions,” Beasley said.