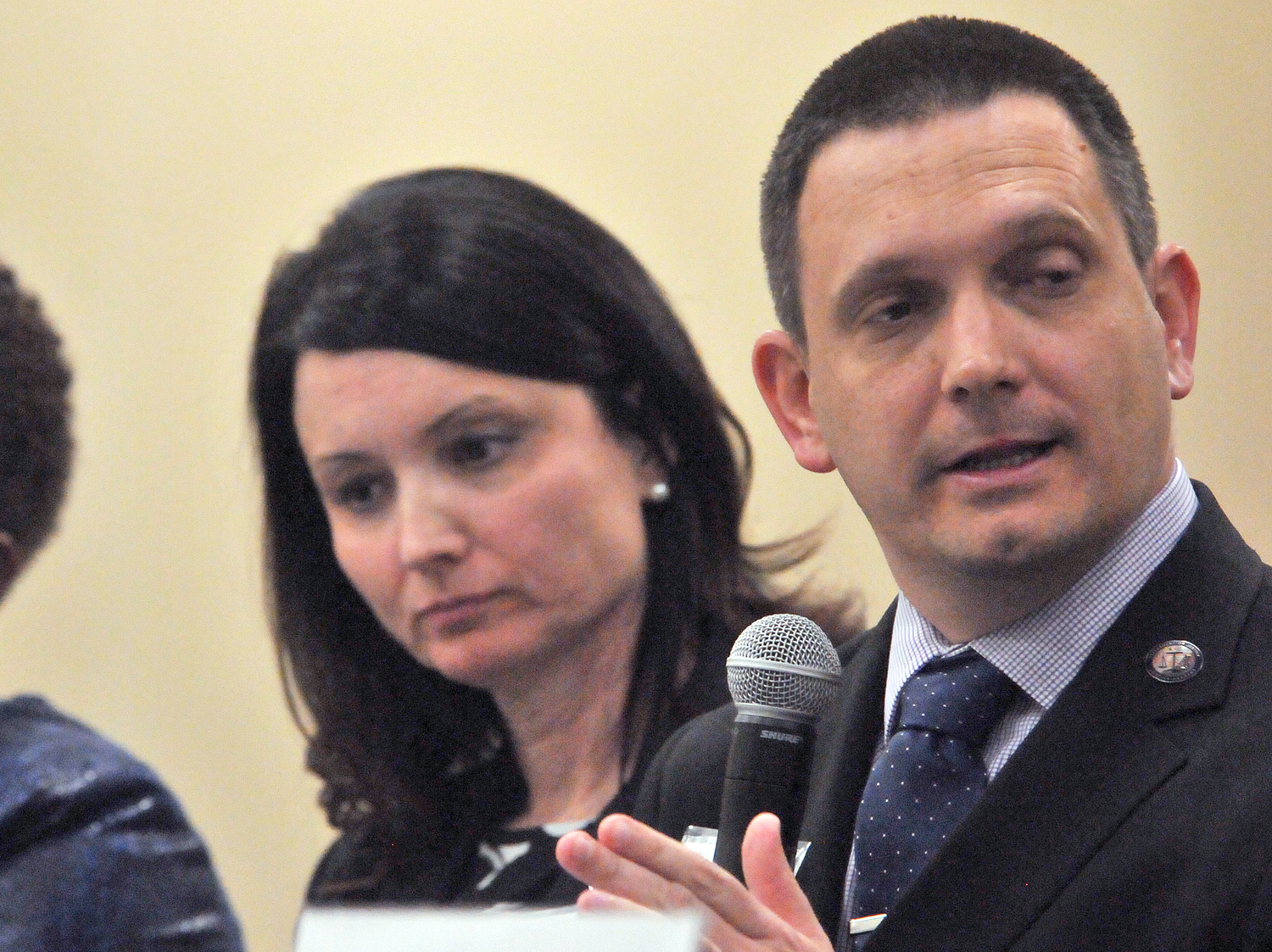 Police officers around the nation have long thought a rape victim’s inconsistencies in retelling what happened to her meant she was lying about her assault.

John Somerindyke, now a lieutenant and the head of Fayetteville Police Department’s Special Victims Unit, was no exception.

That long-held belief has started to change as officers learn more of the science behind the brains of trauma victims.

Somerindyke is now an advocate for training he thinks every officer should take, which explains why the stories of sexual assault victims can appear inconsistent. The training is spreading throughout the nation as agencies use grant money to bring in experts on the neurobiology of trauma.

Law enforcement officers in North Carolina are required to take 24 hours of classes per year to keep their certification. Somerindyke believes some of that time should be dedicated to learning about the brains of trauma victims.

About four years ago, Somerindyke and other police officers in his department attended a class that explained how victims mentally process and recall the trauma they’ve just endured. He said an officer’s firm understanding of a victim’s mindset is even more important than having DNA from the crime.

“Having a better understanding of that can help with prosecution rates,” Somerindyke said.

Prosecutors need all the help they can get. In North Carolina, fewer than one in four defendants charged with rape are eventually convicted of that charge or a related reduced charge, a Carolina Public Press analysis shows.

Among the reasons a prosecutor drops a sexual assault case is a victim’s reluctance to continue with the arduous criminal process, which can take months or even years.

A couple of detectives in her district are well-trained and specialized when it comes to rape investigations, Welch said. They know how to interview a rape victim and what types of questions to ask.

“You see a very big difference in the quality of prosecutions and investigations when you are dealing with those particular detectives,” she said. “It’s a very complicated, difficult crime to investigate. It takes very specialized training.”

She said officers around the state should take courses if they expect to interview a rape victim.

“If you don’t have that training, you can walk in and have the best of intentions when you are interviewing somebody who has been sexually assaulted,” Welch said. “It’s one of the hardest crimes to investigate and probably the most painful.”

As the state has pursued millions of dollars to test the backlog of more than 15,000 untested rape kits across the state, Attorney General Josh Stein recently said one grant will help pave the way for better training for law enforcement.

The class would help train officers to “be victim-centered and have the right type of tone and attitude in dealing with these cases, because frankly, historically, law enforcement has not always handled these cases in the best manner possible.”

It’s too soon for Stein to say whether it will be a required class for law enforcement, and it could be years before such a class finds a spot in the state Justice Academy’s curriculum.

“I am certain there would be no opposition to it; it’s a matter of what other courses are required and is there space in the curriculum,” Stein said.

But so far, nobody in law enforcement has asked the state Justice Academy to start training more law enforcement officers in interviewing sexual assault victims, said Trevor Allen, director of the academy, in an interview with Carolina Public Press in February.

“I talk to police chiefs and sheriff’s offices, and I have not had a specific request for it by anybody yet,” Allen said. “It sounds to me like it’s great stuff, and it would help a lot in the field, but it’s not something I get demand for.”

That’s not to say there’s no training in how to interview victims of trauma.

Paul Phelan is a training coordinator at the Justice Academy. At a CPP forum last month in Raleigh, he said officers without training can unintentionally deter sexual assault victims.

He and others are training officers to avoid asking victims too early in the process whether they intend to help prosecute their assailants. Phelan said waiting until the investigation is completed is often the better choice.

“Sometimes officers will make that one of their first priorities, and that’s a mistake that could translate into the victim not wanting to proceed further into the process,” Phelan said.

Mannerisms and habits drummed into officers that otherwise help protect their safety may also have an adverse effect on trauma victims.

“It could be something as simple as tone of voice,” Phelan said. “Inadvertently officers … sometimes stand over people to assert authority. We inadvertently do that with victims, not realizing that we could be adding to that trauma.”