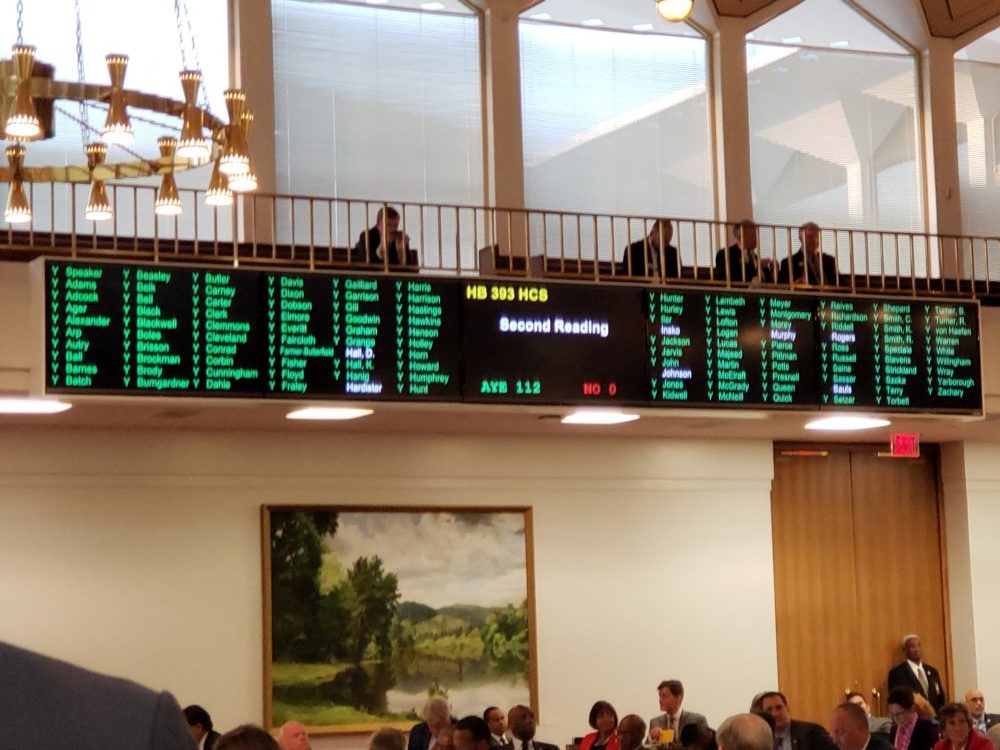 A bill that aims to close several loopholes in the state’s sexual assault laws received a unanimous vote from legislators in the state House on Monday night.

House Bill 393 will now move to the state Senate.

The bill would modify language in three areas of state law. One makes it illegal to have sex with incapacitated people even if they were responsible for causing their own condition through use of drugs or alcohol. Another change makes it a crime to tamper with someone’s drink, even if a later crime does not take place. A third change modifies the definition of a child’s caretaker.

Bill co-sponsor Rep. Jay Adams, R-Catawba, encouraged the chamber to vote unanimously for the measure. He recalled a family friend who, 45 years ago, had her drink altered when she was a college freshman.

“She never fully recovered,” Adams said from the House floor. “She was the sweetest gal.”

After the vote, Adams said he had not thought of that family friend for many years. But when Rep. Chaz Beasley, D-Mecklenburg, asked Adams to co-sponsor the measure, memories of her sweet nature and her poisoning came flooding back.

[Go here to watch a Carolina Public Press Newsmakers forum where Beasley discusses his legislative efforts on this issue.]

Then he knew he had to co-sponsor the bill, Adams said.

His features sagged with the weight of the past injustice as he spoke of the young woman, who suffered a psychotic break after her drink was drugged.

“A few years later she committed suicide,” he said.

Their families were close, he said. They attended church together. She wasn’t a partier or a drinker.

“At least I got to do something,” he said. “I think it’s a good bill. I hope it’s as equally bipartisan in the Senate.”

From the floor, Beasley said the bill was the result of multiple conversations with sexual assault survivors and many others.

Currently, it is illegal in North Carolina to have sex with an incapacitated person, but not if he or she caused that incapacitation through personal drug use or drinking. That legal interpretation stems from a decade-old judicial precedent, which was highlighted in a Carolina Public Press investigative reporting collaboration last month involving 11 news organizations from across the state. House Bill 393 would clarify the wording of the associated state law to close that loophole.

The bill has 64 co-sponsors in the House, which has 120 members.

“Survivors of sexual assault and drugging deserve a clear path to justice, and HB393 is a critical step in achieving that goal,” Beasley said in a statement after the bill’s passage.

Another measure in the state Senate, Senate Bill 563, addresses a legal precedent unique to North Carolina but so far has not had a hearing.

North Carolina is the only state where it’s not a crime if a person continues having sex after his or her partner withdraws consent. Victim advocates have said the 40-year-old legal precedent can tie the hands of prosecutors. 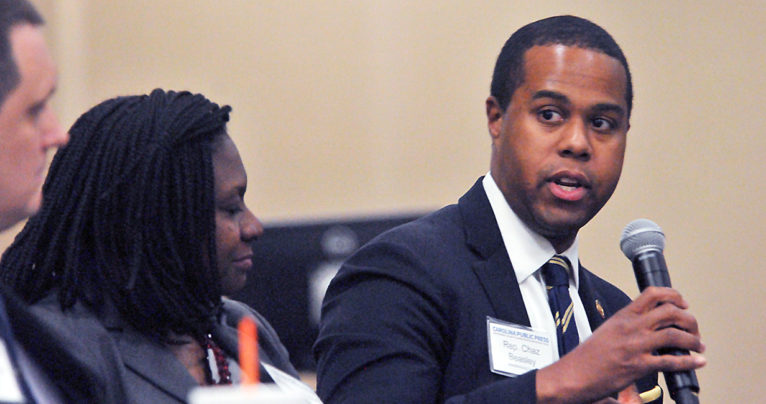 Rep. Chazz Beasley, D-Mecklenburg, is the sponsor of HB 393. Here he speaks at a Carolina Public Press forum in Wake County in March 2019. To his left is Monika Johnson-Hostler, executive director of the North Carolina Coalition Against Sexual Assault. Karen Tam / Carolina Public Press