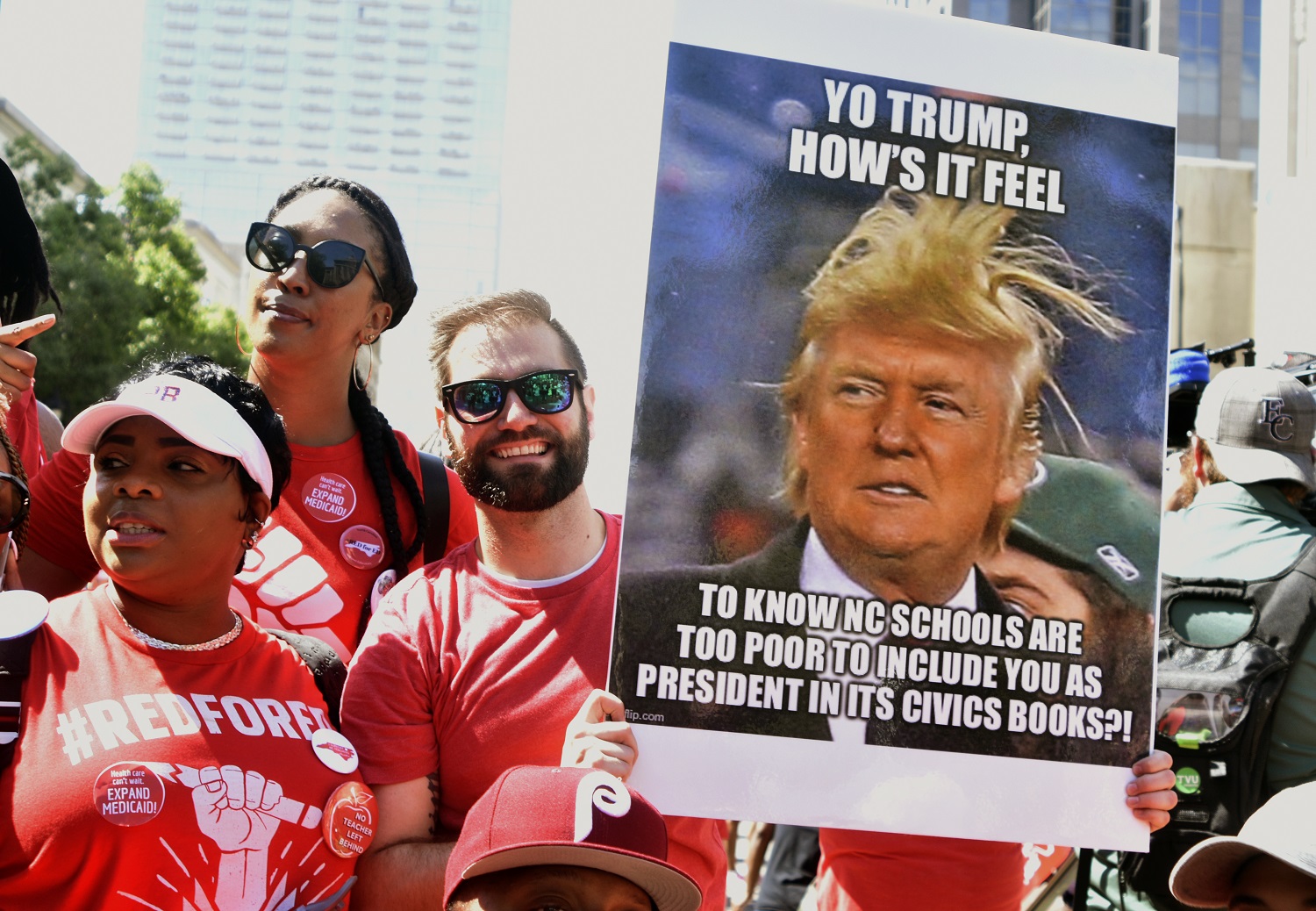 The first of May brought hotter-than-average temperatures and several thousand red-shirted educators to Raleigh, as teachers and supporters rallied at the General Assembly for the second year in a row.

Their agenda was varied, including a $15-an-hour minimum wage for support staff, more funds for supplies and Medicaid expansion under the Affordable Care Act.

In the spring heat on the Halifax Mall, they cheered on an array of speakers including Keena Proctor, a teaching assistant from Buncombe County.

She called for raises in pay for classroom assistants like her as well as cafeteria workers, janitors and other support staff. “You are worth it!” she shouted out to each group.

Veteran teacher Dawn Davis, who teaches high school English in Guilford County, was among those listening to speeches under the shade trees lining the mall.

Davis said she showed up because she’s worried about the next generation of teachers becoming discouraged about the future of the profession. Year after year, they see insufficient funds for needed programs, textbooks and supplies, she said. The low pay for support staff is also having an impact.

“It takes a whole team to educate our children,” she said. Her school system is dealing with a constant shortage of bus drivers.

“We’re 50 short about every day, and our buses are late for school because drivers are scrambling.” 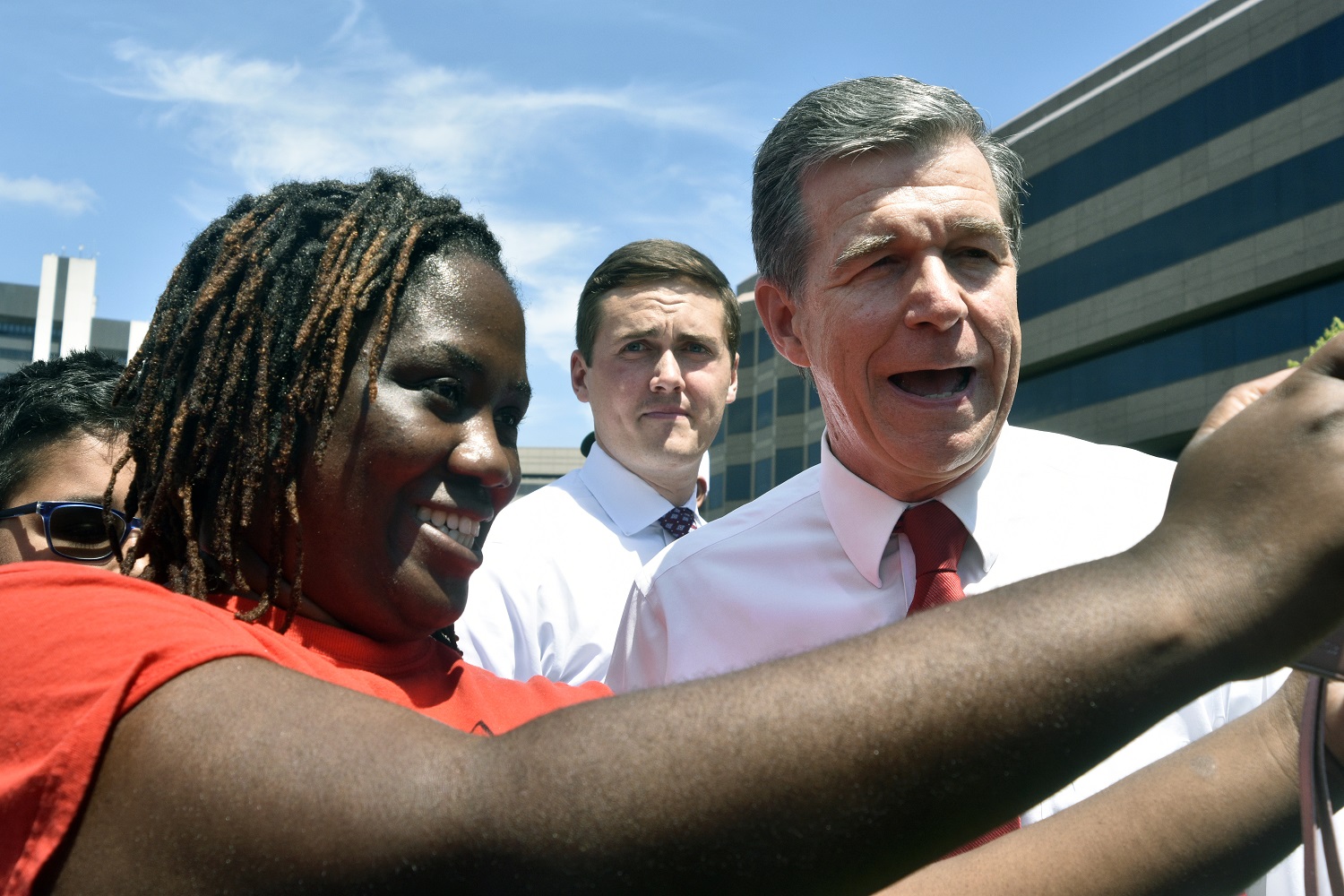 Gov. Roy Cooper poses for a selfie with a teacher during Wednesday’s teacher rally in Raleigh. Some Republican lawmakers criticized the event as being little more than a Democratic Party promotion. Karen Tam / Carolina Public Press

Although the event was intended to be more rally than lobbying session with individual lawmakers, some legislators did venture outside and several dozen teachers made their way inside where, they were met with large posters touting Republican accomplishments in education scattered through the halls.

In the weeks leading up to the event, some GOP legislators pushed back calling the event political theater.

“Of the thousands of people who will be here, hardly any scheduled meetings with legislators,” Hise said. “This is not advocacy. This is not a ‘workday.’ This is a political rally for Democrats that’s keeping nearly 1 million kids out of school.”

Others said, despite the complaints, the rallies do have an impact.

Sen. Mike Woodard, D-Durham, said he believes the additional organizing has helped move legislators in the right direction on some issues. He pointed to this year’s proposed reinstatement of additional pay for advanced degrees, which the legislature ended in 2013.

“I think it’s moving the needle,” he said. “Maybe not as fast as I would want or some of the educators would want, but I think with each one of these we move the needle some.”

Mark Jewell, president of the N.C. Association of Educators, said he is starting to have more substantive conversations with GOP legislators.

Responding to criticism that there weren’t as many meetings between teachers and legislators scheduled after the rally as last year, Jewell said trying to do that would have been impossible, given how long it would take everyone to get through the new security checkpoints.

He said the end of the supermajority in both chambers appears to have had an impact.

“We have a sense there’s a different environment,” he said. 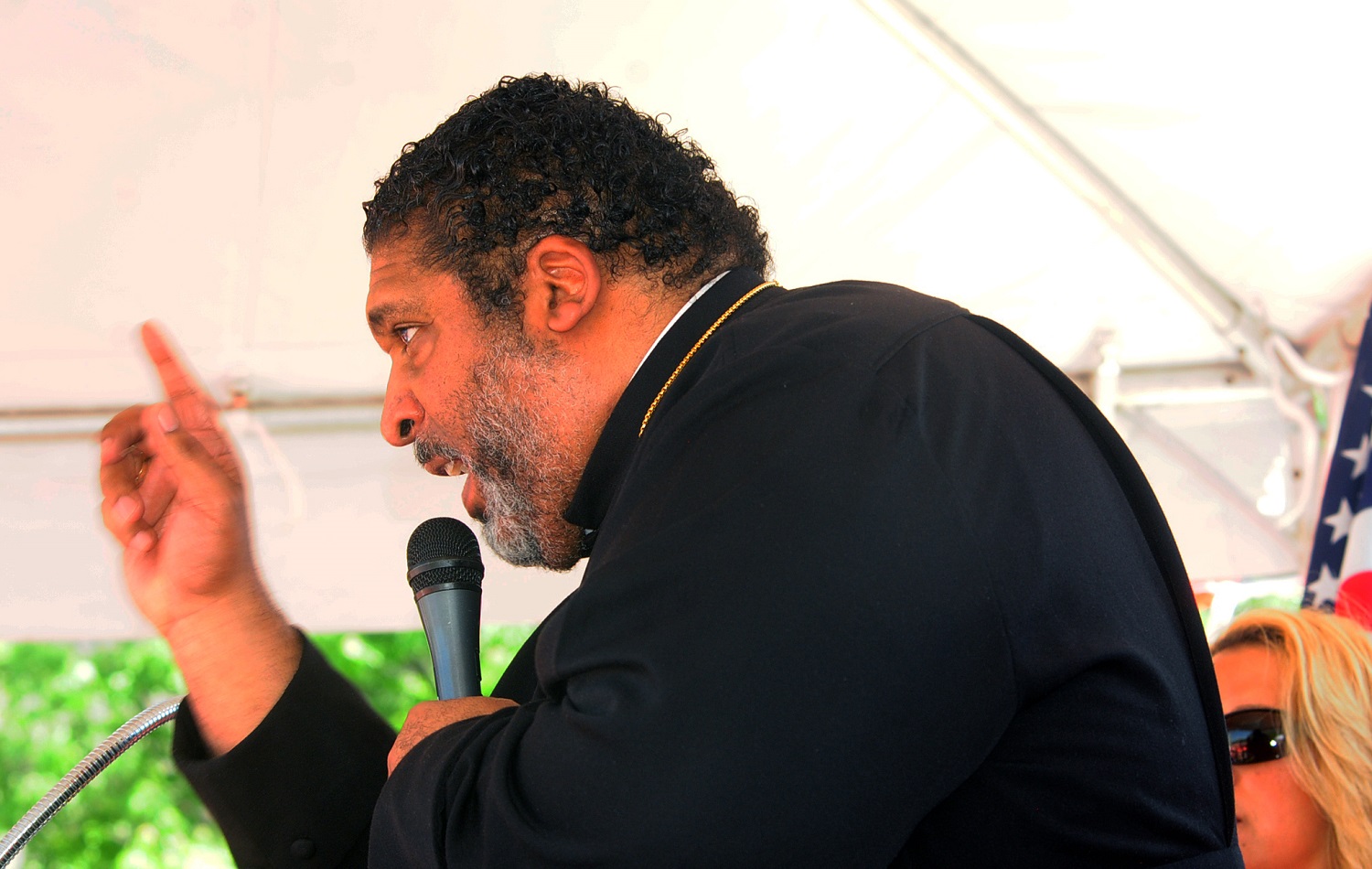 In addition to the reinstatement of the advanced degree bonus, House budget writers announced Tuesday that the new spending plan also restores and expands a teaching fellows program eliminated in 2015.

Average teacher pay would go up about 4.5 percent, with an emphasis on higher pay for veteran teachers. Principals would see a 10 percent raise.

But at the rally a day later, the Rev. William Barber Jr. said some of that progress, like the reinstatement of master’s degree pay and the teaching fellows program, was just undoing a prior mistake.

“It’s foolish for somebody to celebrate reinstating what they shouldn’t have taken away in the first place,” he said in an interview.

A few moments earlier he had warned the crowd to be wary. “It’s a proposal, nothing else. Nothing’s been passed,” he said. “They’re trying to split this coalition.” 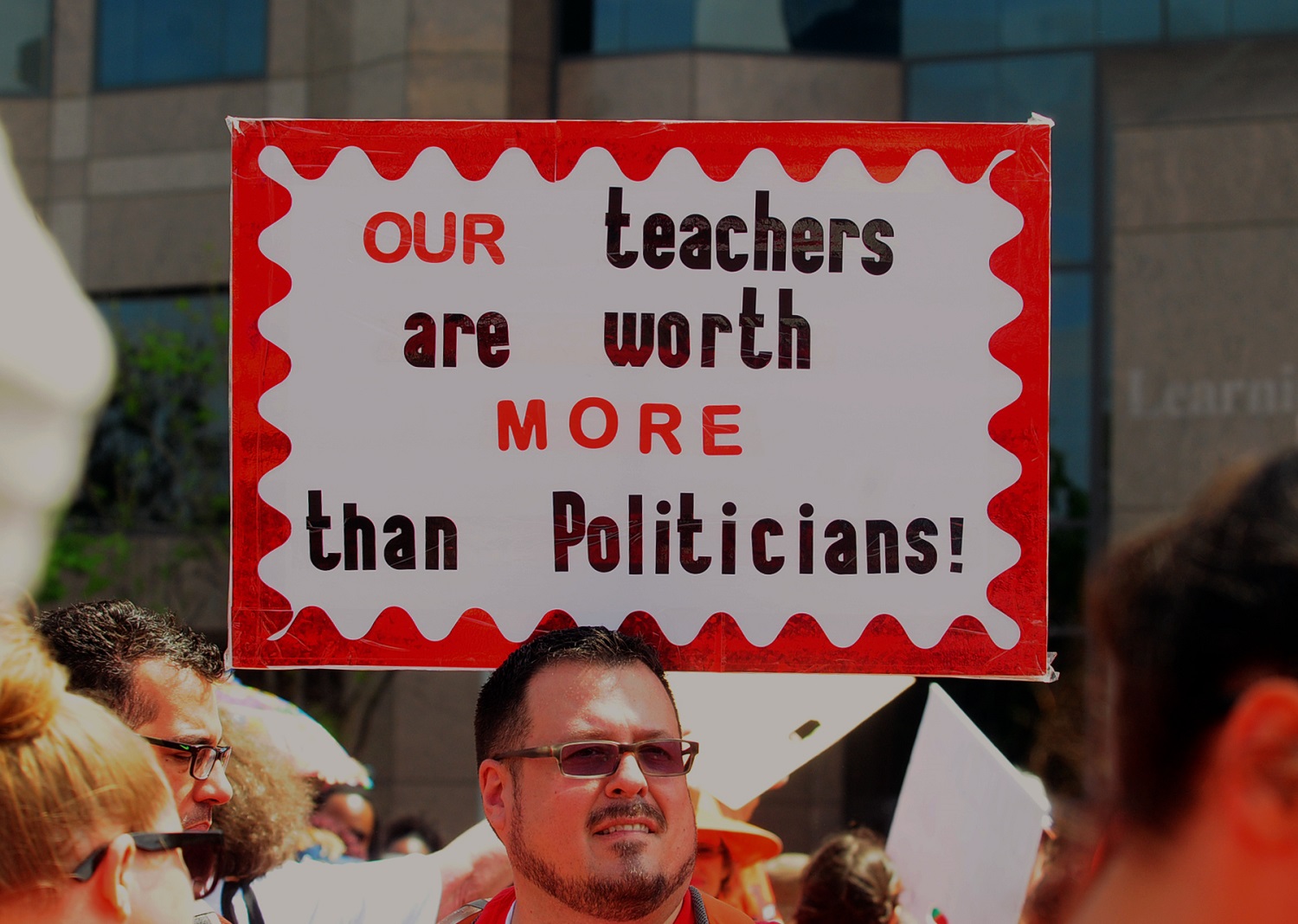