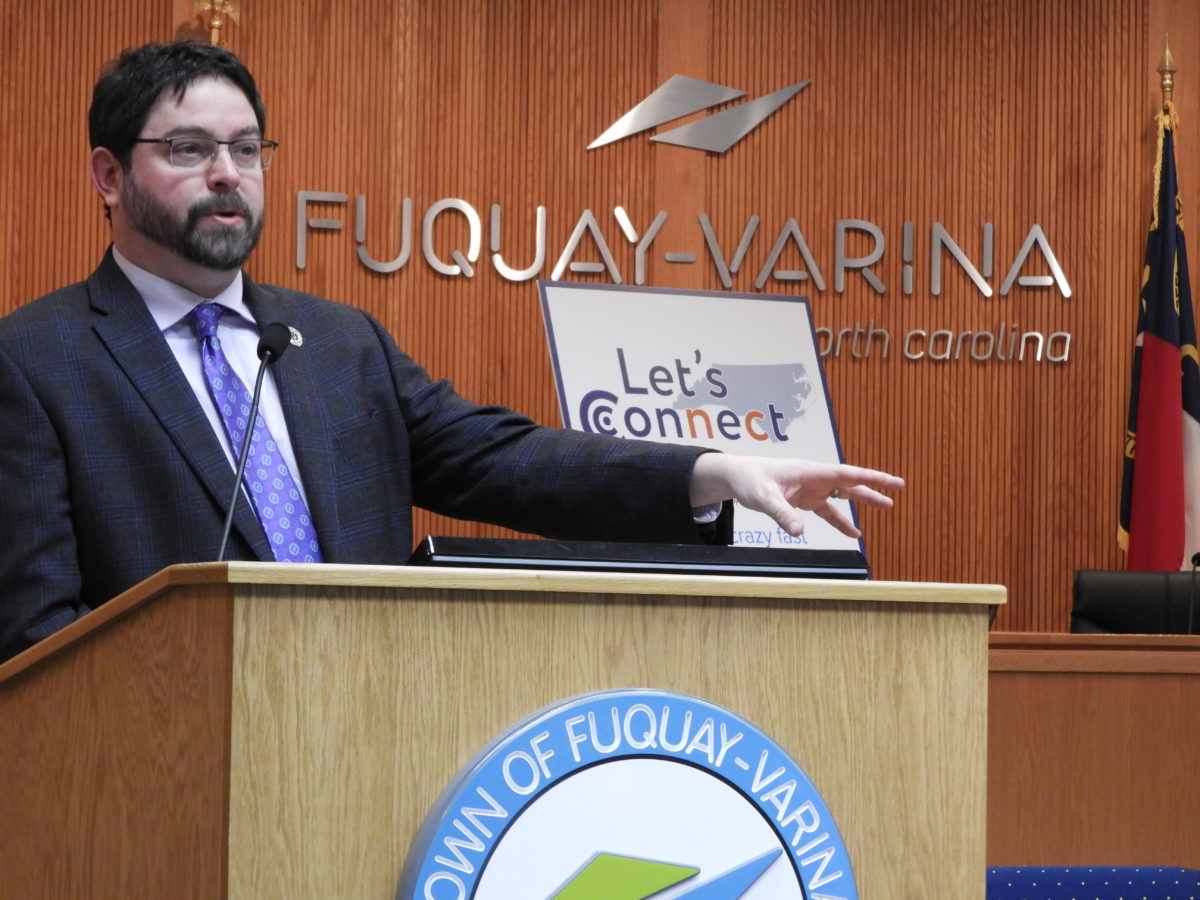 Christopher Mitchell, director of the Community Broadband Networks Initiative, speaks at one of several broadband discussions held around the state in January. Photo courtesy of the NC League of Municipalities

In this episode The Kicker’s host Peter Kent talks with Kirk Ross, capital bureau chief for Carolina Public Press, about legislative efforts to expand broadband Internet service access across the state. Multiple pieces of legislation are attempting to address the issue in various ways with bipartisan support.

Some business organizations, such as the NC Chamber of Commerce are opposed. One issue is the disagreement over what constitutes “broadband” level speeds. Some providers claim that they offer broadband in an area even though they might offer access only to a small number of potential customers within a larger segment of the map.

Limited access to high-speed Internet is especially problematic in rural areas, which haven’t benefited from recent efforts to install fiber-optic lines in some larger cities.  Gaps between rural and urban Internet access pose a risk to worsen existing economic and educational gaps between these areas.

The Kicker is a production of Carolina Public Press. It also airs weekly at 7 p.m. Wednesdays on WPVM radio 103.7 FM in Asheville.