This map shows local government-owned water and wastewater utility systems across North Carolina as of fiscal year 2016, breaking down those that have adequate revenues, those that can pay for operational and maintenance expenses but not their debts, and those that cannot pay either. The situation has worsened for some towns since that time, especially in areas where hurricanes Matthew and Florence damaged water and wastewater facilities. Courtesy of the UNC School of Government’s Environmental Financial Center

With hundreds of struggling local water and sewer systems across North Carolina, the General Assembly could pass legislation with a carrot-and-stick approach designed to encourage mergers and takeovers.

But that plan remains uncertain while budget writers look at alternative ways to pay for it.

Tandem bills aimed at addressing the growing potential for some local water and wastewater systems to go out of business were introduced in both chambers early in the session.

They’re based on work by an interim House and Senate study committee tasked with coming up with a fix for hundreds of small, financially troubled water and wastewater system. (The Senate version of the legislation is SB 563. An explanation of the measure appears here.

Each year, about 10 percent of the state’s 2,000 public water and wastewater system end up on a watch list produced by the Local Government Commission, the wing of the Department of State Treasurer that’s the official watchdog of local government finances.

Many of the roughly 200 local governments on the watch list can no longer afford the upkeep for aging systems or even pay the debt service for prior upgrades. That backlog of maintenance and upgrades has proved to be an impediment to solutions like mergers and consolidations with larger systems, which are unwilling to take on the financial burden of getting systems up to standards.

The new legislation would create both a system for identifying “economically distressed systems” and a funding mechanism to cover upgrades and repairs required to effect consolidations and mergers.

The need for action has accelerated in recent years, driven in part by demographic shifts, factory closings and repeated natural disasters, including hurricanes Matthew and Florence.

Sen. Andy Wells, R-Catawba, said in a lot of cases the struggling systems were built for industries that have moved out and now don’t have enough customers to cover costs. At the same time, he said, they’re faced with tighter of environmental regulations. 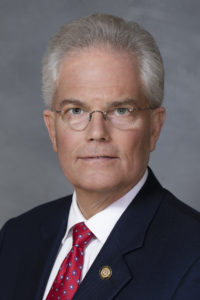 “Management of these smaller systems is going to become nearly impossible,” Wells told his colleagues Wednesday at a hearing of the Senate’s Agriculture, Environment and Natural Resources Committee, which approved the bill on a voice vote.

Deputy State Treasurer Gregory Gaskins told senators at the hearing that the bill seeks to find solutions for the systems on the watchlist that are on the verge of failing. Each may require a different kind of fix, he said, but they all share something in common.

“We believe that they are not going to be able to fix themselves,” he said.

“The attempt of this bill is to start working with some of these (governmental) units to see if we can create a viable entity out of what is available there.”

That could include working on a merger with a larger system or consolidation of several smaller systems into a larger, more sustainable one.

Gaskins said the state can either address the problems proactively or deal with a coming cascade of failing systems and communities without water and wastewater service.

“We can attempt to start working on it ahead of time, or we can wait until we have an emergency and we come in and ask you for whatever amount of money we need to service those people,” he said.

While the idea of fixing systems and shoring up their viability before they fail has strong backing, how to pay for it has been a question mark.

With upgrades and maintenance costs estimated at $20 billion over the next 20 years, bill sponsors had to find a way to provide a sizable, steady source of funding.

As written, the bill would charge a $1 per month fee for all customers of the 2,000 public water and wastewater systems. But that’s likely to change. This week, several senators said they would oppose the fee proposal and look for alternative ways to find the money.

In his budget plan introduced earlier, Gov. Roy Cooper set aside about $800 million from a new state bond program to cover the costs of fixing and improving water and wastewater infrastructure. 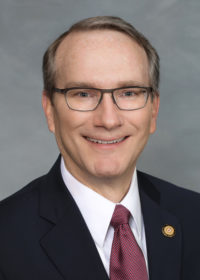 Sen. Paul Newton, R-Cabbarus, said the only opposition he’s heard on the bill so far is over the fee proposal.

“I’ve not heard any opposition to the framework and accountability that the bill creates to help ensure we don’t have water and wastewater crisis for failing infrastructure in North Carolina,” Newton said.

“At this point, I don’t know anyone who opposes that. The only opposition comes in the form of the fee.”

Newton said he’s open to looking at other options to fund the effort.

“The funding mechanism should be the most logical we can determine,” he said. “I’m certainly not wed to the per meter fee.”

Next week, the Senate Finance Committee is expected to take up the legislation and review alternatives for the funding.