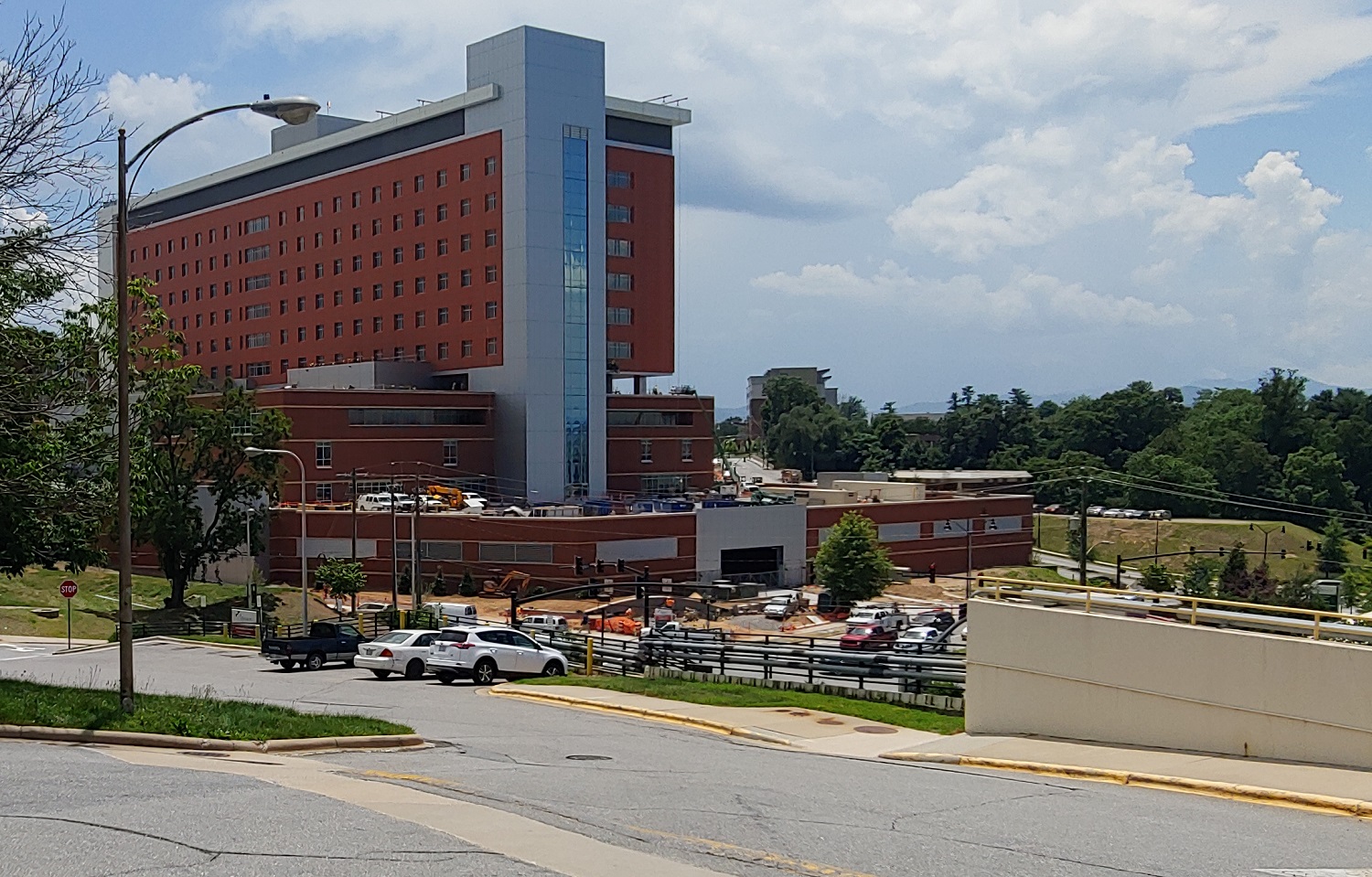 A part of the former Mission Health complex in Asheville were construction is underway in June 2019, even as the company’s acquisition by HCA is completed. Frank Taylor / Carolina Public Press

Welcome to The Kicker from Carolina Public Press, a North Carolina news show bringing you conversations with journalists, sources and newsmakers from across the state. In this episode, host Peter Kent and Carolina Public Press contributing writer Neil Cotiaux talk about his recent reporting on the merger of Mission Health with HCA and the resulting creation of the Dogwood Health Trust.

On its creation in February, Dogwood immediately became one of the largest such foundations in North Carolina. Dogwood hopes to begin making grants contributing to better health in Western North Carolina by fall 2020, and is making key steps toward that goal in coming weeks. Meanwhile, a firm is set to be named as independent monitor to ensure that HCA complies with NC Department of Justice stipulations governing the for-profit healthcare provider’s takeover of nonprofit Mission Health.