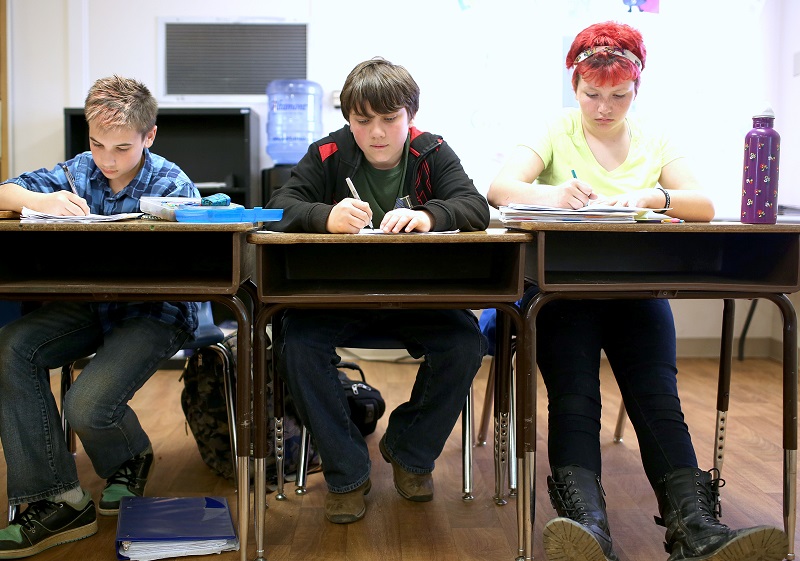 Families relocating around North Carolina with school-age children often base their decisions on the quality of the schools in the area, but getting accurate and fair information about those schools creates challenges.

When it comes to choosing a school, parents and guardians can easily become overwhelmed by the amount of choices and information available – or even by just beginning the search.

To make it even more confusing, many websites with supposedly helpful information are out of date, difficult to find or compare different data to rate schools.

For families interested in standardized test scores, the N.C. Department of Public Instruction has a data and statistics page on its website that contains SAT reports dating to 1995 as well as Advanced Placement reports from 2013 onward.

Clicking on the 2018 SAT link, for example, brings up the option of opening an Excel file sorting the performance data by district and school or downloading a PDF, “North Carolina Public Schools Overview 2017-18.” The overview compares SAT, AP and PSAT/NMSQT data by gender, race and ethnicity. It compares state data to those of the United States.

The district and school performance chart goes into greater local detail. School districts are listed in alphabetical order with the school names listed below the district headings. The number of public school students tested is provided, as well as the percentage tested and information for Evidence-Based Reading and Writing and Math.

There are two versions of NC School Report Cards – a colorful, interactive option designed to be “citizen-friendly” plus a “more analytic section” with deeper data, according to the site.

In the interactive version, a map shows each county. Users can click on the county they’re interested in to see a list of schools. They can also search by districts or schools.

Each school is given a letter grade and a performance grade score. Users can see schools’ historic performance data and academic growth. End-of-grade math and reading grades are also given. Parents can see the number of classroom teachers, how many have achieved National Board certification, the teacher turnover rate and more. Similar information is provided for principals. Student attendance data and other information are also available.

Schools are ranked on a scale from 1 to 10, with 1 through 4 being below average, 5 and 6 being average, and 7 and above designated as above average. Clicking on a school’s name shows how it rates in academics, equity and environment, which includes the school’s neighborhood, discipline and attendance.

Parents can see the schools on a sidebar list and located on a map and click to see homes available for purchase in the area. The website also contains school ratings and reviews, advice for parents, a podcast, worksheets and more.

Niche uses data in addition to reviews from students, parents and teachers at the schools to try and provide an analytic yet organic approach to ranking schools. The site ranks schools and districts as well as provides letter grades. For example, Graham County Schools got a B+ and is ranked as the 32nd-best school district in the state.

Many schools post on social media, and parents and guardians are welcome to attend open school board meetings.

For those who are unable to attend, many school boards post videos of their meetings online, though not all districts do.

Community members often leave comments and reviews on Facebook that might give potential students an idea of how current and past students liked the school.

Factors about a school to consider

Equity has been a growing focus among North Carolina school districts in the last several years. In 2013, the Wake County Public School System formed the Office of Equity Affairs. It works with several community organizations to seek advice and find solutions.

In February, Jeff Nash, executive director of community relations for the Chapel Hill-Carrboro Schools district, told Carolina Public Press that the district had one of the only full-time equity directors in the state. The district was making efforts to close a gap between black and white students’ achievement rates. According to a paper from the Stanford Center for Education Policy Analysis published last year, Chapel Hill-Carrboro Schools had the second-largest achievement gap in the nation, while Asheville City Schools had the fifth-largest.

Parents and guardians may also want to look into average SAT scores at a school on their list. Others may want to contact the schools to ask about the safety measures they employ.

Some schools offer particular programs students may find beneficial. For example, parents can look for a school with an International Baccalaureate program within North Carolina or other states by using the search function on the IB’s website.

Are you getting the whole picture?

Five D grades and 12 C grades could lead parents to believe that the schools have some serious problems.

But parents who look at GreatSchools would find that three of the county’s schools received a score of 9 out of 10 and are designated as above average schools.

The three above average schools that received a 9 out of 10 are Arthur W. Edwards Elementary, W. Jesse Gurganus Elementary and Creekside Elementary — all of which were given a B by the report card system.

Looking at the two schools in the district that received an A from Report Cards, the situation is reversed. Craven Early College High and Early College EAST High each only received a 6 out of 10 – average – score from GreatSchools.

In Franklin County, Bunn Elementary received a B from Report Cards but a 4 – below average from GreatSchools.

Some marks are fairly consistent – for example, Surry Early College in Dobson receives a nine from GreatSchools and an A from Report Cards – but there are instances of clear disparities between the scores.

Parents relying solely on one source might get a wholly different perspective of a school or district than they might if they checked a separate source.

“I can say the N.C. school letter grades are definitely not giving parents the full picture,” she warned, noting that a common criticism of the system is that the grade is based 80 percent on student test scores and only 20 percent on growth.

“It’s very misleading and it’s actually very shaming to call a school a D or an F school because it doesn’t tell you how hard the teachers are working or the gains the students are making,” Edmonds said.

She also noted that the ratings are often related to poverty.

“D to F schools very often are high-poverty schools with a significant number of children of color,” Edmonds said.

Edmonds noted that some districts, such as Wake County, publish progress reports on their websites, letting parents access information from the district itself.

The best way to get information? Visit the school, Edmonds suggested.

“I think it’s about the culture of the building,” Edmonds said. “You’ve got to visit the school to get a feel for that. I think that’s the No. 1 thing, to actually try to visit the school and not put too much initial emphasis into those things you might find online.”

While academics are important and online ratings and data can help form a decision, Edmonds said there is more to consider.

“We as an organization are trying to encourage parents to think about the whole child. And not everything that they’re going to learn, especially in well-integrated public schools, is something that’s going to show up in an SAT score or bubble test result and grade,” Edmonds said.

“There are many benefits to school besides the AP and SAT score and academics. We encourage parents to put weight into that, too – not that academics aren’t important, but there’s more to it.”