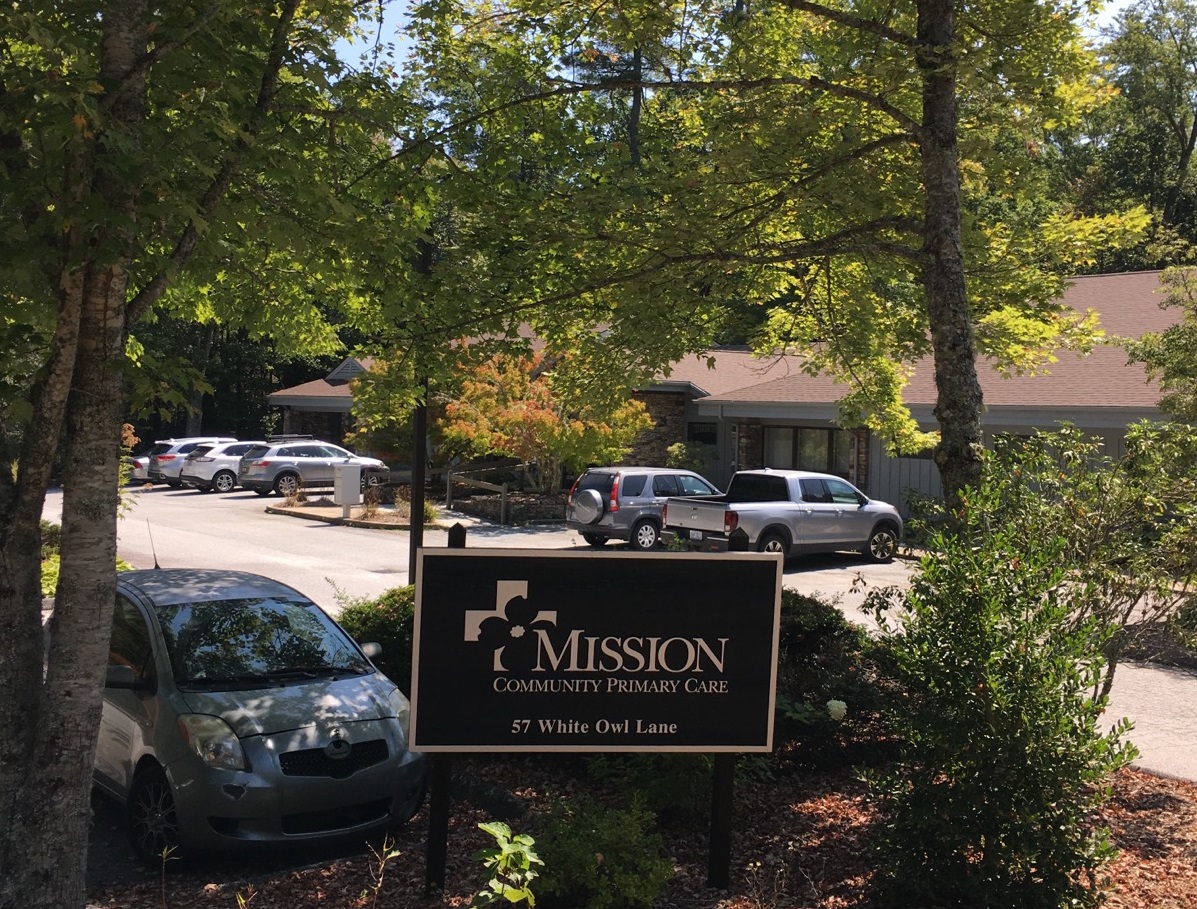 Loss of physicians at the Mission Community Primary Care facility in Cashiers has some area residents concerned about their access to health care. Neil Cotiaux / Carolina Public Press

The 65-year-old physician had practiced medicine in the area for six years but ultimately decided to retire, one of a string of recent and coming departures by family physicians in this part of Western North Carolina.

Duncan’s departure has left the community with a sense of emptiness.

Fugate is one of many residents of Cashiers, in southern Jackson County, who are disturbed that Duncan and the North Carolina division of HCA Healthcare couldn’t agree on terms for a part-time arrangement for their doctor.

Duncan’s successor, Dr. Richard Ellin, who has practiced part time for Mission in Highlands, a few miles to the west in both Jackson and Macon counties, will work at the Cashiers office. To the east of the Cashiers facility are several rural communities in western Transylvania County, whose residents may travel to Cashiers for medical care as well.

“With the retirement of Dr. Duncan, we are diligently searching for a physician for our Cashiers Primary Care location and are using multiple means to recruit applicants, including an array of job boards,” Mission Health spokesperson Nancy Lindell said in a statement.

“Our hiring team sent an email blast to 1,964 Family Medicine/Internal Medicine physicians recently, and we are conducting six recruitment events this summer and fall throughout the state.”

Ellin, an internal medicine physician with 30 years’ experience, “will see patients on Wednesdays through the end of October at the Cashiers Clinic,” the statement added.

Complicating matters, a family physician in Highlands is leaving, and another is sidelined.

Lindell’s statement cited Restrepo’s “career move to our Hospitalist Program at Mission’s Angel Medical Center” in Franklin, to the west in adjacent Macon County, and said “similar diligence will be used to fill that opening.”

“Well, you have to go to Highlands and hopefully you can get in, but they’re going to be overswamped,” he said. “I went by there last week, and you couldn’t even see one of the doctors until November.”

The area’s sidelined doctor is Thomas Lindsay, who was affiliated with the independent Highlands-Cashiers hospital before Mission Health acquired it in 2014. He then worked for Mission before taking family leave in 2018 due to his wife’s illness.

“They essentially made it unappealing to return,” Lindsay said of Mission’s former management. “They were not very supportive.”

After HCA purchased Mission earlier this year, Lindsay said he offered to come back. But nothing came of it.

While Cashiers has a full-time veterinarian, “We have nothing now in the way of health care,” said Ellen Haug, a scrappy ex-New Yorker who with fellow residents Pam Kerr and Mary Jane Bills launched Cashiers Health Forum to address the doctor shortage.

“We have been cut to the bone,” Haug said. 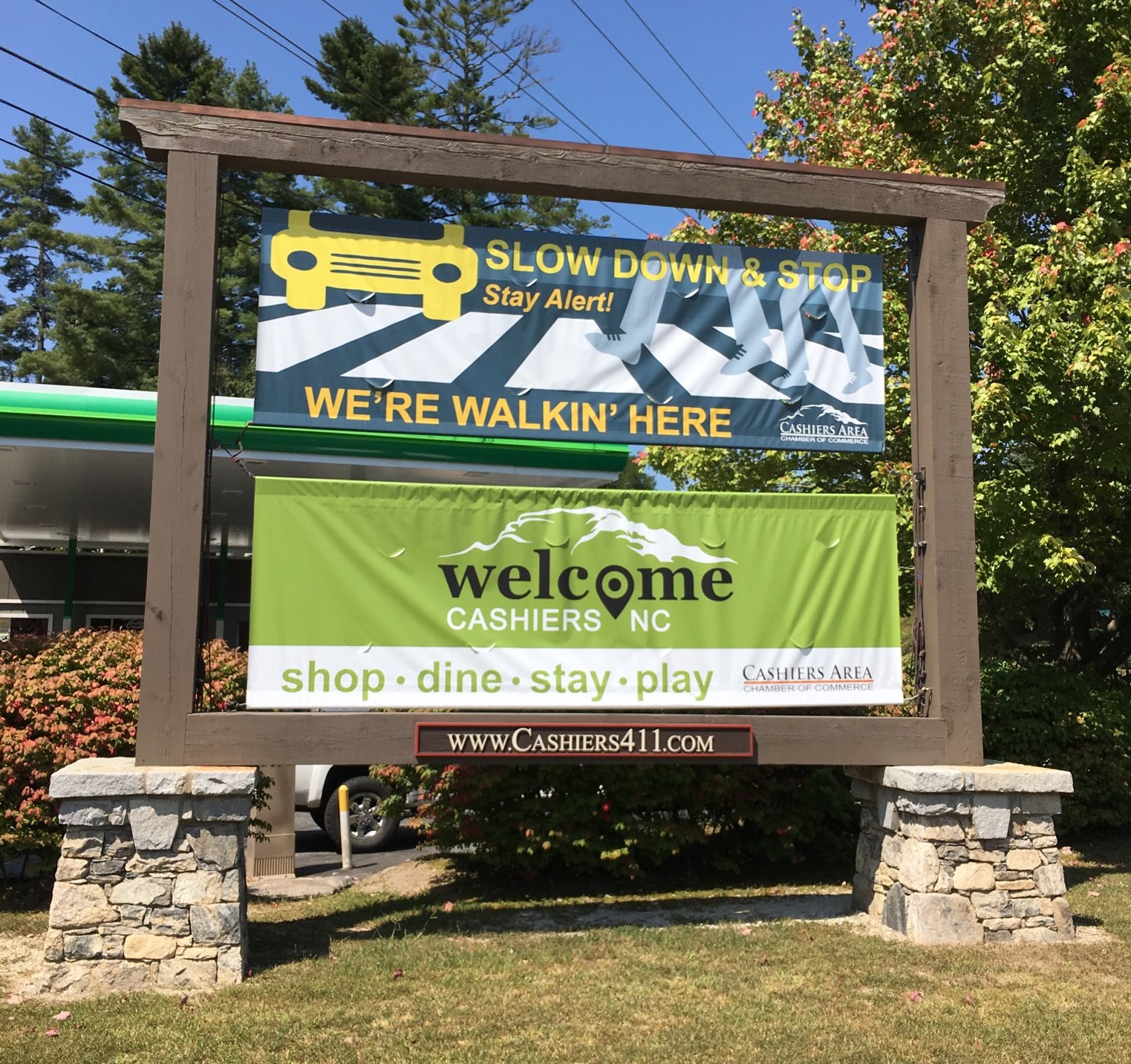 A sign welcomes visitors to Cashiers. The Jackson County community and others nearby have seen an influx of both seasonal residents and permanent retirees in recent years. Neil Cotiaux / Carolina Public Press

According to the Cashiers Area Chamber of Commerce, 3,500 year-round residents live in the Cashiers, Sapphire, Glenville and Lake Toxaway region of Jackson and Transylvania counties.

During winter, the 20-minute drive through the mountains from Cashiers to Highlands becomes longer, and emergency room visits can become chancy, especially for people from Glenville and Sapphire.

From spring through fall, when part-time residents and tourists flock to the area, the population reaches up to 15,000, Kerr said.

And the area is poised to grow even more, said Dan Allen, a broker at Silver Creek Real Estate Group.

“Cashiers is now on the radar of potential buyers in the area. … I do think that we’re going to grow substantially in the next five, 10, 15 years,” he told CPP.

“Hundreds if not thousands will be moving to the area in the coming years.”

Kerr points to the sale of the historic High Hampton property, where a developer plans a year-round resort.

“And they’re going to wind up with, I think, 200 to 300 additional full-time employees that they’re building houses for, too,” she said.

“We don’t have the medical professionals that we would want to have and specifically for the age group (retirees) that’s coming to the area,” Allen believes. 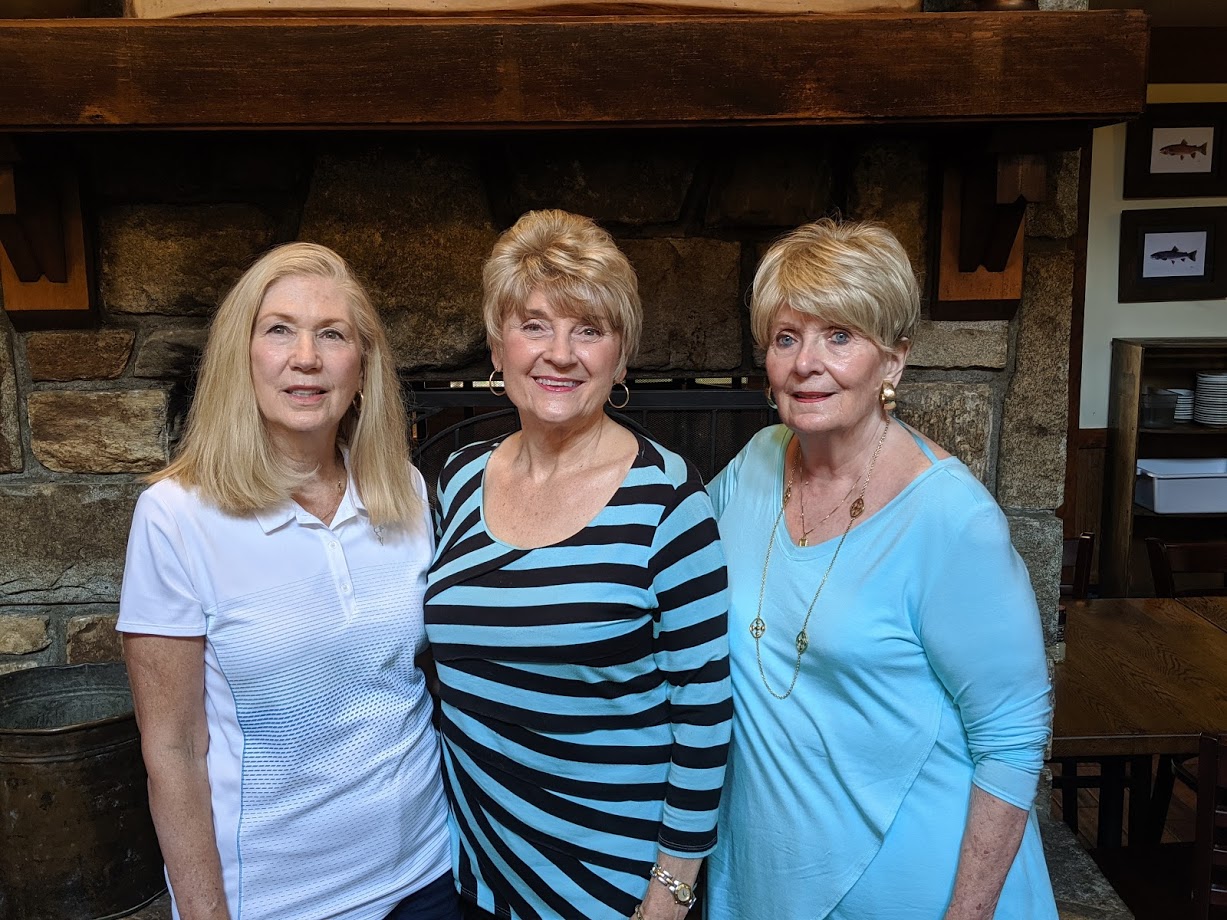 Pam Kerr, Ellen Haug, and Mary Jane Bills lead the Cashiers Health Forum, which is pushing for the recruitment of more physicians to the area. Neil Cotiaux / Carolina Public Press

Haug and Bills met with division President Greg Lowe, and petitions bearing more than 700 signatures were sent to Asheville.

“They were very receptive to the meeting,” and Lowe was “gracious,” Bills said.

But by the end of the 45-minute session “I knew it wasn’t going anywhere,” Haug said.

Several weeks ago, Duncan took his own meeting with Mission. “He said it was very ‘perfunctory,’ was his word,” Bills said.

Duncan was unavailable for an interview.

Haug feels the time is right for Harris Regional Hospital in Sylva in northern Jackson County, which is not owned by HCA, to take a close look at Cashiers.

She had reached out to officials at Harris several years ago, asking them to consider opening a satellite office. Armed with data, the retired international real estate broker explained why the town was “an untapped gold mine,” but nothing came of the conversation.

Asked if the hospital is interested in establishing a practice in Cashiers, a spokesperson said that Harris did not have a comment “at this time.”

Blue Ridge Health, which also operates in the region, has emerged as a possible alternative to Mission Health.

As a nonprofit, Blue Ridge is eligible to receive grants from the new community foundations established as part of the HCA-Mission merger.

Those foundations work in tandem with Dogwood Health Trust, which is leading the charge on addressing “social determinants of health” and which will start making its own grants in 2020.

“We’re looking forward to whatever relationship that brings us.”

By providing clinical experience to medical professionals trained with the help of Mountain Area Health Education Center in Asheville, Blue Ridge brings practitioners to underserved areas. In 2018, it had 5,304 patient visits at its clinic in Sylva.

Hudspeth was noncommittal about a clinic in Cashiers.

“We don’t want to duplicate efforts. We want to be a gap-filler,” Hudspeth said. Across the region, “it is a process that we really need to think strategically about.”

Across the country, recruiting physicians to rural areas remains a significant challenge.

Many times, doctors are reluctant to practice in rural communities due to limited opportunities for spouses, cultural differences or a desire to work close to where they trained.

At the same time, loan repayment and forgiveness programs, a less expensive cost of living and shorter commute times can aid recruitment.

With Dr. Duncan’s departure, health care in Cashiers is now an immediate issue.

“In the middle of the winter when it’s flu season and when everybody’s sick with bronchitis, even when he’s working four days a week, you can’t get an appointment,” health forum co-founder Bills said, lapsing into the present-tense about a respected but now-retired physician.