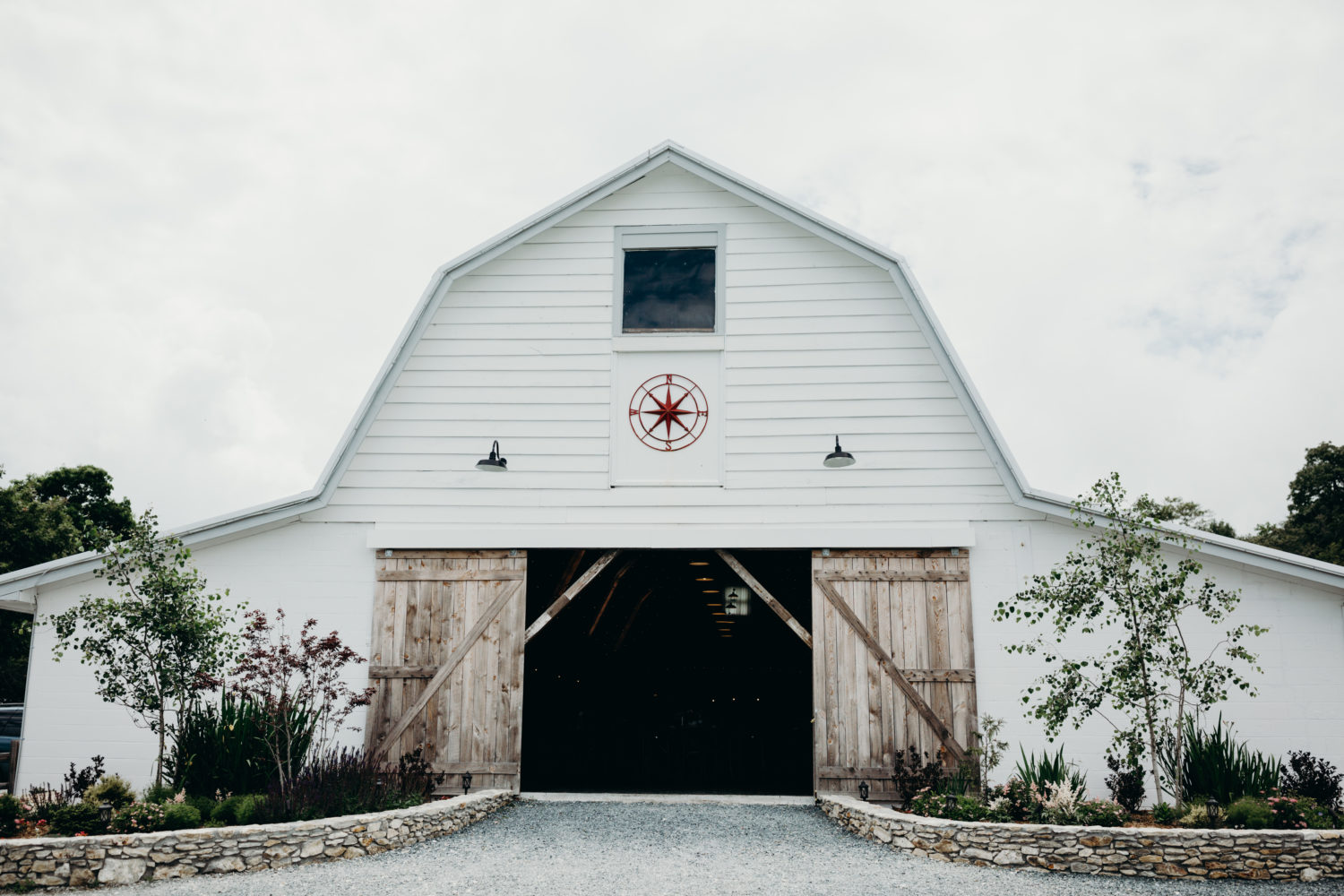 Entrepreneur Katie Elder founded the Overlook Barn of Beech Mountain, to provide a venue for weddings and other events in 2015. She now faces the prospect of dwindling business as recession fears make couples rethink their plans and willingness to spend. Photo by Michelle Lyerly for the Overlook Barn.

Katie Elder is facing down her first potential recession as a business owner.

Back in 2015, she and her husband renovated the barn on her family farm in Beech Mountain, northwest of Grandfather Mountain State Park, for their own wedding reception.

It went so well that they bought the building and enough land to open Overlook Barn, a venue for events – mainly weddings – that now hosts 60 groups a year.

“It’s a good side business,” says Elder, a human resources manager who lives in Durham, while a full-time facility manager runs the business on-site.

But in the four years since Elder became an entrepreneur, she has noticed that even free-spending bridal couples are managing their money more carefully.

The most striking is the rise of the alternative wedding date. “We’ve had weddings on every day of the week, “ Elder said.

“Sometimes it’s because the date is meaningful to the couple, like a parent’s birthday, but sometimes, it’s cost saving. A Thursday wedding is much less expensive than a Saturday.”

Cost-conscious brides who want to celebrate without a financial hangover reflect the current view of households in North Carolina as they brace for a potential economic recession.

The National Association of Business Economists expects a national recession in 2020.

Key economic indicators are mixed, and so far this year, North Carolina’s overall economic growth and aggregate personal income trends have been in the middle of the national results.

Nationally, the gross domestic product – the total of all economic growth – slowed to a 2.1% rate of increase, slower than the 3.1% for the first quarter, according to the Bureau of Economic Analysis.

Meanwhile, for the first quarter, North Carolina’s economy grew at a 2.8% rate, with one of the state’s largest industries – finance and insurance – increasing by 9.5% nationally.

“The drivers of the economy – banking in Charlotte, health care throughout, agricultural exports – if a recession hits them all, we are not at all more secure,” said Pat Conway, professor of economics at UNC Chapel Hill.

In the past few years, manufacturing has edged down as a force in the state’s economy and services have increased, he explained, but that shift “won’t protect us much,” Conway said.

North Carolinians have, along with Americans overall, reduced the amount of debt they carry, compared with the amount they had at the onset of the 2008 recession, said Michael Walden, the William Neal Reynolds Distinguished Professor and extension economist at N.C. State University.

“Household debt carrying charges – that is, how much you have to pay monthly on the mortgage and auto loan – is at a 35-year low,” Walden said.

“These are very good numbers. Those numbers were not like that in 2008. Then, people loaded up on housing debt. We’re seeing the exact opposite now.”

For instance, though home values continue to increase across the state – by 7.1% in the last year, according to real estate data and listing site Zillow – residents here are in line with the national norm by not borrowing against their home equity, say economists.

Across the country, reported lending data firm CoreLogic, the amount of equity that each mortgage holder maintains has increased by 128 % to $171,000 currently.  In other words, homeowners aren’t willing to spend the value locked in their houses, as they did in the real estate run-up to the 2008 recession.

Even as they let home equity accumulate, consumers still juggle considerable credit card debt – $8,000.63 for North Carolina households that maintain balances – and have thin savings. Nationally, 58 percent of adults have less than $1,000 readily available in a savings account, according to financial data website GoBankingRates.

The biggest financial headache for North Carolina households is sticking to a budget, according to a survey by GoBankingRates.

No wonder: Household income has actually declined since the recession began in 2008, when the median household income in the state was $53,127. In 2017 – the most recent data available – the median income was $52,751, though new data is expected shortly.

“It’s only in the in the past few years that household incomes have turned up again, and that means that we have less of a long-term savings cushion to carry us through the next recession,” Conway said. “So, I expect it to be harder. “

As well, he added, North Carolina has trimmed its unemployment safety net since the recession, which could translate to significant hurt to households that take a direct hit from a recession through lost work and wages.

Kittie Watson, president of Innolect, a talent development consulting firm based in Fort Mill, S.C., in the Charlotte metro region, well remembers the slashed contracts and corporate turmoil of the 2008 recession.

As she scrutinizes the economic clues to gauge for her own company’s spending and hiring, she’s taking a cue from her clients and making short-term plans.

While health care is a mainstay – and likely to be a stabilizing force for the North Carolina in a downturn, say economists – Watson has also diversified her client base to include governments.

Big employers realize that they cultivate promising employees for the long term, and ongoing training can help them retain the talent they’ll need for an economic recovery, Watson said.

Nevertheless, employers are “building in more flexibility for their own budgets, and that means that small businesses also have to constantly work to renew contracts,” she said.

Back at Beech Mountain, Elder detects the same perspective playing out in the wedding industry. Because events are booked a year in advance, she hopes she has early warning of a looming recession.

Romance may spring eternal, but even wedding expenses can’t escape the frost of a recession.

Joanne Cleaver is a Carolina Public Press contributing writer. She lives in Mecklenburg County. Send an email to info@carolinapublicpress.org to contact her.