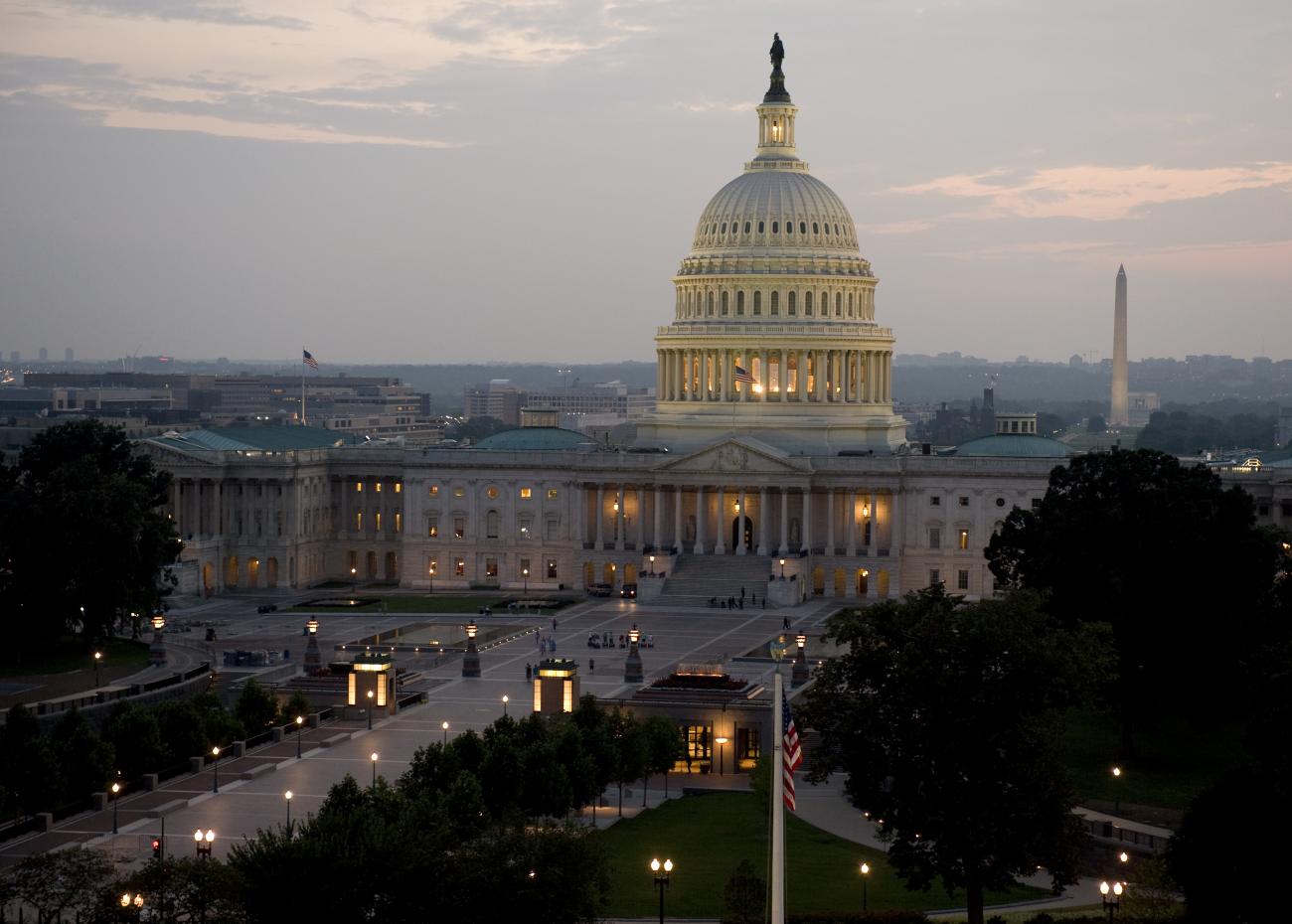 The U.S. Capitol Building in Washington, D.C., hosts both the U.S. House of Representatives and U.S. Senate. Committees of the House are currently hearing evidence that could lead to the impeachment of President Donald Trump. Photo courtesy of the U.S. Capitol Visitor Center

While those committee hearings are closed to the public, members of North Carolina’s congressional delegation are sounding off on the impeachment inquiry as well as the news media’s coverage of it. Their views on the subject mostly follow party lines.

In August, a whistleblower lodged a complaint after hearing concerns from “multiple U.S. government officials” about Trump’s statements during a call with Zelenskiy in July “using the power of his office to solicit interference from a foreign country in the 2020 U.S. election.”

A written summary of a call between the two in July shows Trump congratulating Zelenskiy on his recent electoral win and then quickly asking for a “favor” from Zelenskiy. Later in the call, the notes say, Trump bemoans to Zelenskiy that Joe Biden — who at the time led most polls for the Democratic nomination to oppose Trump for the presidency next year — stopped Ukraine’s prosecution of Biden’s son.

In fact, a bipartisan group of U.S senators asked for the prosecutor’s firing in February 2016. The Ukrainian legislature fired the prosecutor a month later.

While the call notes tipped many Democrats into action, some of whom say Trump implied withholding military aid in exchange for action from Zelenskiy, Republicans are pushing back.

“I have read the transcript,” said U.S. Rep. George Holding, R-Raleigh, in a comment posted to Twitter. “There was no quid pro quo and nothing that justifies impeachment. I think most folks have had enough of this circus. The politicians need to quit posturing and finger-pointing and get back to work.”

U.S. Rep. Ted Budd,  R-Advance, echoed Holding’s sentiment and said the news media “will always cover the story with the most conflict, and impeachment is the ultimate Washington cage fight.”

“From what I’ve seen up until now, I would vote against impeaching President Trump, and it wouldn’t even be a close call,” Budd told Carolina Public Press in an email.

U.S. Sen. Thom Tillis told the Winston-Salem Journal that he’s read the call transcript with Zelenskiy and is surprised the inquiry began “if these are the only facts they have.”

House Democrats have been “tilting at windmills in search of impeachment for the last three years,” said U.S. Rep. Mark Walker, R-Greensboro.

“Efforts to remove the elected president of the United States with no evidence of wrongdoing would leave the country even more divided and polarized than it is now,” Walker said in a statement to CPP.

“The Speaker (U.S. Rep. Nancy Pelosi, D- Calif.) knows this but thinks appeasing the most radical liberals in her caucus is more important than the stability and prosperity of our nation.”

Also against impeachment are David Rouzer, R-Benson, Mark Meadows, R-Asheville, Richard Hudson, R-Charlotte, and Dan Bishop, R-Charlotte, who with varying emphasis say the inquiry is a political hit job. When asked by The New York Times if he supported impeachment, Bishop said “Hell NO!”

Not all Republicans rejected a presidential probe out of hand.

U.S. Rep. Virginia Foxx, R-Winston-Salem, said Democrats have talked about impeaching Trump ever since he ascended to the Oval Office but supports an investigation to get to the facts of the whistleblower’s complaint.

“I remain supportive of good-faith efforts that get to the bottom of the whistleblower’s allegations, which is why I voted in favor of releasing the whistleblower complaint to the House Intelligence Committee on Wednesday,” she said in late September.

Senate Intelligence Chairman Richard Burr, R-Winston-Salem, has been tight-lipped with the news media regarding impeachment. However, Burr did speak briefly last week at a lunch with the 53-member Senate Republican caucus.

He “suggested we get the facts before people start jumping to conclusions,” said Sen. John Cornyn, R-Texas, in an interview with Politico.

“This clear-cut evidence illustrates how President Trump abused the power of the presidency for his own personal gain, amounting to a betrayal of his oath of office,” Price said.

U.S. Rep. Alma Adams, D-Greensboro, echoed Price’s words in an interview with Charlotte-area radio station WFAE, saying Trump’s behavior “undermines the integrity of our elections, the dignity of the office that he holds and puts the national security at risk.”

“We just can’t continue to turn our heads with this president doing the kinds of things he’s doing. As far as I’m concerned, this is how gangstas act,” Adams told WFAE.

U.S. Rep. G.K. Butterfield, D-Wilson, urged Republicans to join him in supporting the impeachment investigation. He said based on current available evidence, “including the president’s admission,” he would vote in favor of impeachment, which would then empower the U.S. Senate to conduct a trial.

“Republicans need to join in with us, be us,” Butterfield said in a statement to CPP.

“This is about national security and our elections. This president, since the day he took the oath of office, has demonstrated that he feels he’s above the law. We’re going to make it clear that the president must comply with all the subpoenas and deposition notices to find the truth.”