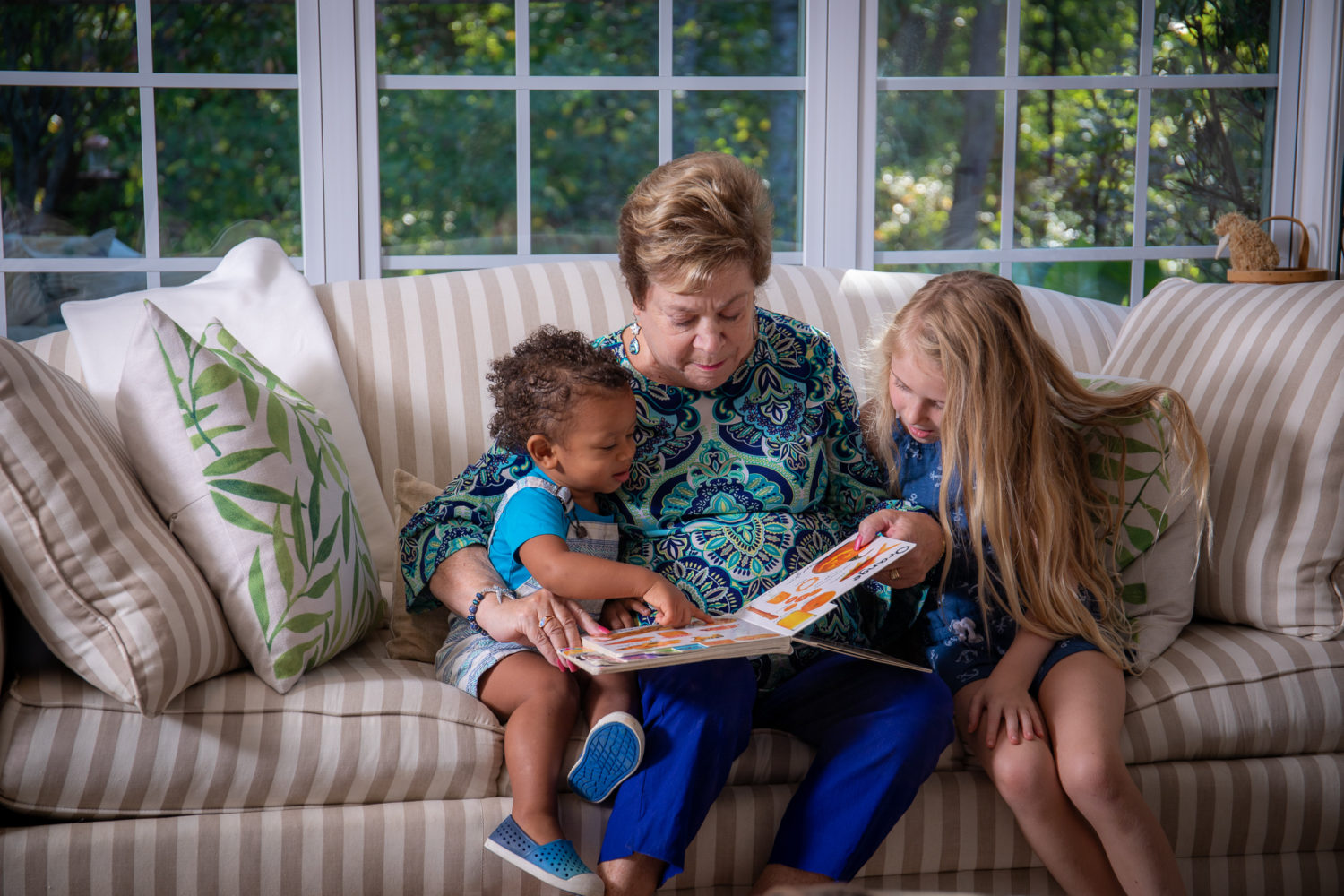 Culture, climate and cost of living are great, but cute is the tipping factor.

North Carolina is the new top destination for the nearly and newly retired, according to a spate of new research. And these retirees are following their grandkids.

Here’s how the silver lining to the North Carolina tech boom plays out for many families:

Millennials land in North Carolina for jobs and the reasonable cost of living, and are soon followed by their own parents – typically younger baby boomers – who want to settle close to the next generation.

Arriving with home equity, substantial retirement savings and plenty of energy and ambition for work, young retirees expect to fully engage with their new communities, instead of segregating themselves in over-55 subdevelopments. 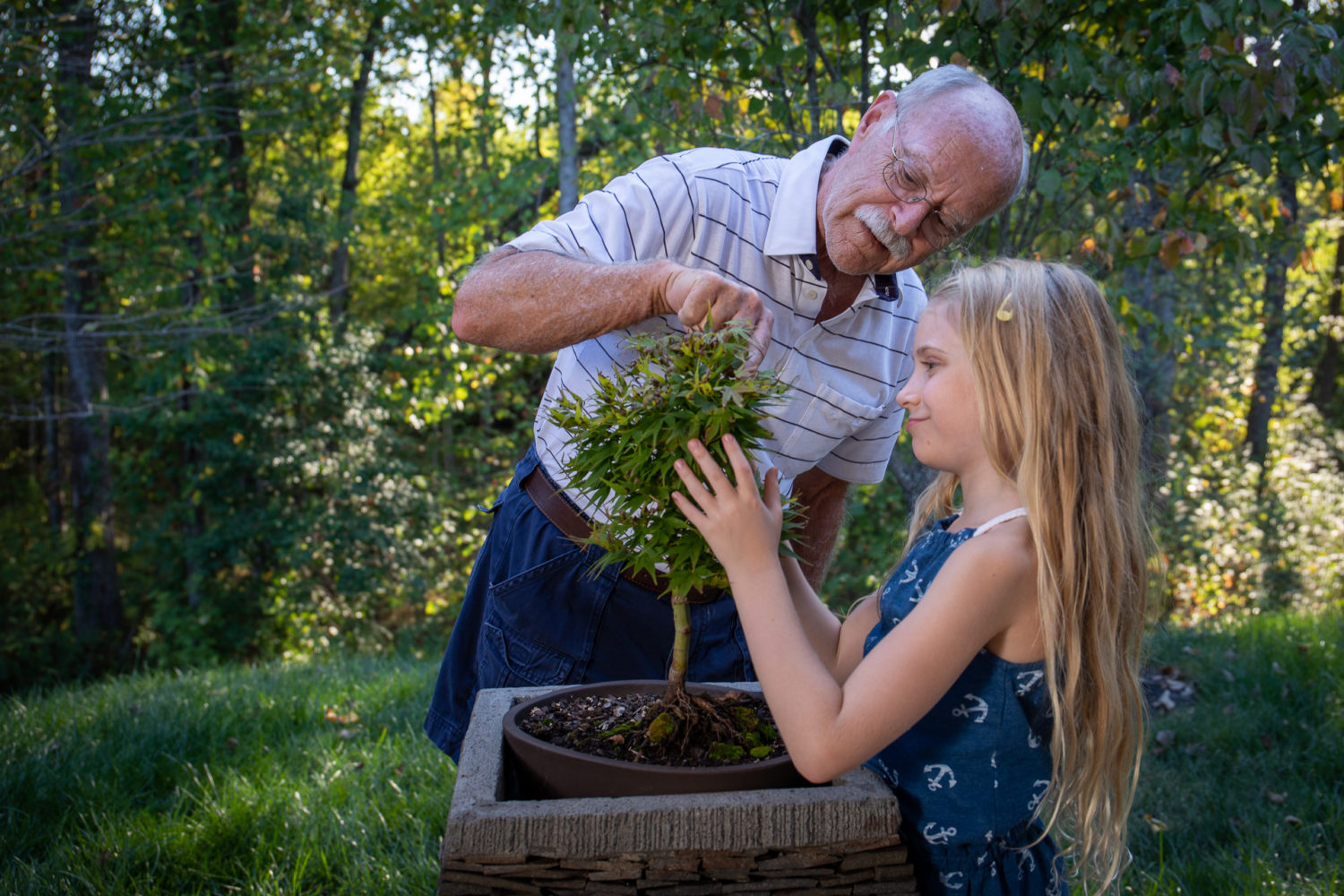 Rick McCutcheon in the backyard in the Charlotte area with his granddaughter, Athena. Jeff Cravotta / Carolina Public Press

Following kids and grandkids to NC

Shaun McCutcheon is not only the real estate market analyst who came up with the “baby chasers” label for the trend he pinpointed but is also its Exhibit A: He moved from San Diego to Charlotte in 2016 in pursuit of a sustainable cost of living for his young family, only to be followed in 2018 by his parents.

McCutcheon works for Meyers Research, which tracks where Americans move and why, and figures out the implications for real estate developers and investors.

Charlotte has been a top 10 national destination for people of all ages overall since 2010, but in the last couple of years, the city has vaulted to the top spot for baby boomers following adult children who pursued jobs, according to McCutcheon’s work for Meyers Research.

Meanwhile, the National Association of Realtors pegs the Durham-Chapel Hill area third in the country for attracting millennial talent.

And a 2015 study conducted by Age Wave, an Orinda, Calif., research firm that tracks aging trends, found that the South Atlantic region, which includes North Carolina, is the No. 1 destination nationally for preretirees.

“Most of our neighbors are here because they’re following their grandkids,” said Rick McCutcheon, 73.

He and his wife, Judy, 72, became acquainted with Charlotte as they visited repeatedly from their longtime home in San Diego.  They debated the move for months, exploring more of Charlotte’s arts scene and potential destination neighborhoods with each visit.

The climate was a draw, as was the prospect of getting a bigger house for the same carrying cost as their California place, but the Golden State couldn’t compete with their now-6-year-old granddaughter.  The McCutcheons now see her twice a week, and their adult daughter just relocated to the Charlotte area, too.

With only a few offspring, baby boomers tend to have relatively few grandchildren, which makes it easier to relocate themselves, as the center of the extended family, to metropolitan areas that work for all generations, said Katy Flick, vice president of research for Age Wave.

Younger boomers aren’t following in the footsteps of their older siblings and parents. They’re buying bigger houses, the better to accommodate visiting family, and putting their own career prospects on the must-have list.

Brenda Hayden, a realty agent in Charlotte who is president of the Charlotte Regional Realtor Association, works with a steady stream of New Jersey and New York residents headed south.

Armed with plenty of home equity, they often buy houses with plenty of space for home offices and guest rooms, she said, and, of course, a layout that can flex as they age.

In fact, Age Wave research found that 49 percent of relocating baby boomers don’t downsize at all, and only 7 percent choose to live in age-restricted communities.

“The children migrated here seven or 10 years ago, and they’ve been visiting, and now there are grandchildren,” Hayden said.

“Then there’s one last snowstorm they can tolerate. Typically, there’s one spouse transitioning out of the workforce – either retiring or following their passion, often converting a hobby into a small business.”

Brock Dalton hears similar stories. He is a Raleigh-based talent scout with national firm Resolvit who searches on behalf of employers for experienced information technology managers.

“For people around the country, the top destinations are the Carolinas, Florida and Colorado,” Dalton said.

Experience translates to age, so Dalton hears stories daily from young baby boomers who want to keep working on major technology projects for big companies and who also want to be close to grandchildren and away from the high cost of living and property taxes of the Northeast.

Thomas Mock leads the Asheville chapter of SCORE, a nonprofit partner of the Small Business Administration that mentors aspiring entrepreneurs.  While some young retirees try their hand at craft businesses – one of his clients makes and sells specialty archery equipment – most want to convert their professional experience to a niche consulting or business services practice, such as training or executive coaching.

That means that they want access to thriving business communities and companies as potential clients and for “professional development and continuing education,” Mock said.

Broadband internet access is also essential for selling online or building a professional practice, he added.

He and Age Wave’s Flick agree that those approaching retirement want to work on their own terms, not only concentrating on work that’s fulfilling, but also gaining control over when and where they work.

Employers are just starting to catch on that telecommuting or consulting baby boomers offer a new brand of expertise, Flick said. Younger boomers are comfortable working from home, and they’re even more suited to virtual work because they know how to collaborate with teams, she said.

“It’s the same thing that millennials say they want, but boomers know how to do it.”

As the “baby chasers” trend gains momentum, North Carolina has a chance to extend its lead as a top destination, added Flick, especially if companies start pursuing boomers for contracts and part-time work.

“People are redefining retirement to suit themselves, and that even includes working into their 70s,” she said.

“There’s still a notion of retirement as play, but people also are realizing that being near family adds depth and purpose.”

Joanne Cleaver is a Carolina Public Press contributing writer. She lives in Mecklenburg County. Send an email to info@carolinapublicpress.org to contact her.