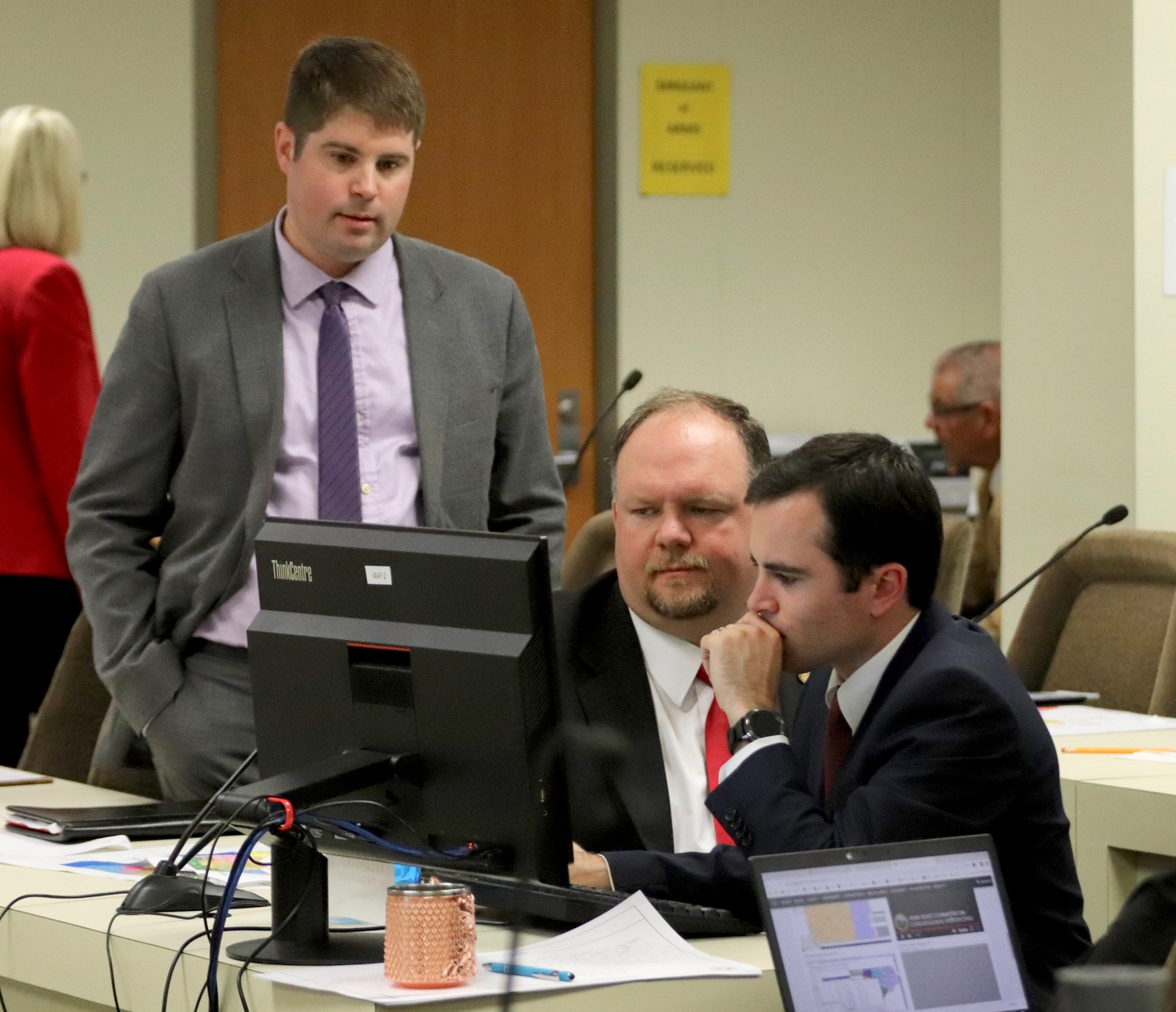 A public hearing opens this morning in Raleigh on a selection of possible 2020 congressional maps, products of the latest round of redistricting at the General Assembly.

Earlier this month, House and Senate leaders appointed a select committee to start the redraw at the urging of the three-judge Wake County Superior Court panel that is handling the latest partisan redistricting lawsuit, Harper v. Lewis.

The same panel ruled in early September that state legislative districts were the result of partisan gerrymandering and violated the state constitution. Last month, the judges indicated that the challenge to congressional districts could follow a similar route and granted a preliminary injunction preventing the use of the current maps in the 2020 election cycle.

The select committee started work last week following most of the same procedures used in the state legislature redraw. On Tuesday, Sen. Ralph Hise, R-Madison, the Senate committee chair, announced that the group would not try to reach agreement on a preferred map but would pass on its work to standing elections committees in each chamber.

With a court order stopping the use of the current maps, legislators are facing a mid-December deadline to put a new map in place that will pass muster with the judges, or face a major shift in the election schedule.

With a presidential election ahead, North Carolina’s primary moves from May to March in 2020, which in turn moves up the start of the filing period to Dec. 2. But those plans could change, or congressional elections could be conducted on a separate schedule, if the judges don’t approve of a new district plan.

An analysis done this summer by the state Board of Elections put the absolute deadline for having the new districts defined at Dec. 15. Beyond that, the state would have to shift the election calendar.

In their order calling for legislators to start working on new maps, the judges reserved the authority to move the primary date or all the primaries “should doing so become necessary to provide effective relief in this case.”

As of the 5 p.m. Tuesday deadline, 12 separate maps —  six by Democrats and six by Republicans — had been posted along with their required statistics on the committee’s website.

Nearly all of the maps lock in a new district that encompasses the westernmost counties. But proposals differ widely east of that, with variations in how Mecklenburg County, the Triad, Triangle and Sandhills are configured. Although they range in degree, all the maps show a likely pickup of seats for Democrats. Currently, the state’s congressional delegation has 10 Republicans and three Democrats.

Significant changes in the maps include rejoining areas split in previous redistricting plans, which have been a focus of some of the litigation.

In all of the new maps, Buncombe County, which is currently split between the 10th and 11th congressional districts, is only in the redrawn 11th. That would move more than 40,000 Democratic voters back into the district. The maps also appear to rejoin the campus of North Carolina A&T University in Greensboro under a single district.

Before closing up shop, the select committee holds a public comment session at 10 a.m. today in Room 643 of the Legislative Office Building, the audio from which is available online.

An online comment form has also been set up.

You can also read the comments, which so far run roughly 115 pages.

The House and Senate are scheduled to return on Wednesday for a brief session to potentially take up the redistricting plan and other legislation left hanging from the extended long session, which began in January.

After that, the General Assembly is scheduled to return Jan. 14 to take up conference reports, Department of Transportation budgets and oversight, appointments and redistricting or lawsuit-related legislation.