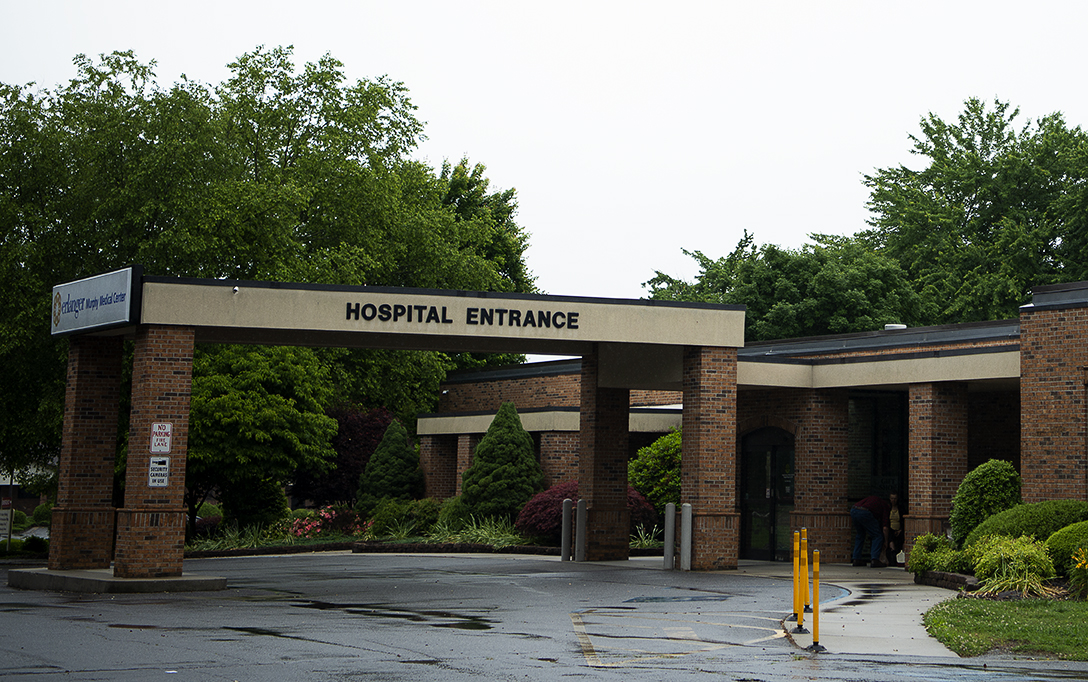 Erlanger Western Carolina Hospital is located on U.S. 64 outside in Murphy. The facility, which serves Cherokee County has announced plans to close its labor and delivery services in early December. Maddy Jones / Carolina Public Press

Just as the mountain roads start turning icy, women in Murphy or Andrews will have to travel more than an hour away to find a hospital with labor and delivery services.

Erlanger Western Carolina Hospital in Murphy will discontinue labor and delivery services at the beginning of December, with obstetrics and gynecology services slated to end Dec. 31.

The hospital is the only facility serving Cherokee County, the state’s southwesternmost county and home to more than 27,000 residents, according to the U.S. Census Bureau.

In 2017, Carolina Public Press and HuffPost partnered to report on the trend of closing labor and delivery units at North Carolina mountain hospitals, with Asheville-based Mission Health eliminating services in Mitchell, Transylvania and Macon counties at that time. The two news organizations also hosted a public forum on the issue.

A statement from Erlanger Health System, based in Chattanooga, Tenn., announced the Murphy hospital changes on Wednesday, quoting hospital CEO Mark Kimball, who blamed a nationwide decline in demand for these services at “rural and community hospitals.”

“Our region has seen this same shift in demographics and the choices women make over the course of many years,” he said.

The Erlanger statement said the hospital will provide emergency care to pregnant women to prepare them for transit to another facility, by helicopter if necessary. Erlanger did not say whether it would be assuming the cost of those flights.

Erlanger’s statement noted that Cherokee County residents could now travel to for the women’s health services being eliminated to two of Erlanger’s hospitals in Tennessee, both more than 90 minutes away from Murphy, or to Harris Regional Hospital in Sylva, which is more than an hour’s drive from Murphy.

Erlanger announced its merger with Murphy Medical Center in January 2018. At the time, The Chattanooga Times Free Press quoted Erlanger President Kevin Spiegel, who described the deal as improving medical services at the Murphy hospital and providing more specialists to Murphy.

However, even then, Spiegel noted the difficulty in recruiting more doctors to the remote area, emphasizing a model in which doctors from Chattanooga would drive 90 minutes to Murphy. Erlanger also managed the Murphy hospital for six years.

Statewide, live births have dropped by more than 8% in the 10 years ending in 2017, state vital statistics show. But in Cherokee County, live births dropped much more rapidly, by 14% in that same time frame.

Census information shows Cherokee County, like many rural areas, skews older than the state at large. The age of a typical Cherokee County resident is pushing 51, compared with about 38 years old statewide.

That cold math doesn’t mean much to a woman facing a difficult labor or a doctor helping her, especially in the middle of winter in the North Carolina mountains.

Interviewed in 2017 as Mission Health’s Mitchell County labor and delivery facility at the Spruce Pine facility prepared to close, Dr. Dorothy DeGuzman sharply criticized the rosy picture being painted by Mission Health, which at the time was a nonprofit organization, just as Erlanger is now.

“Women will be delivering in cars or at home,” DeGuzman said. “Some will get hardly any prenatal care.”

About Frank Taylor and Kate Martin