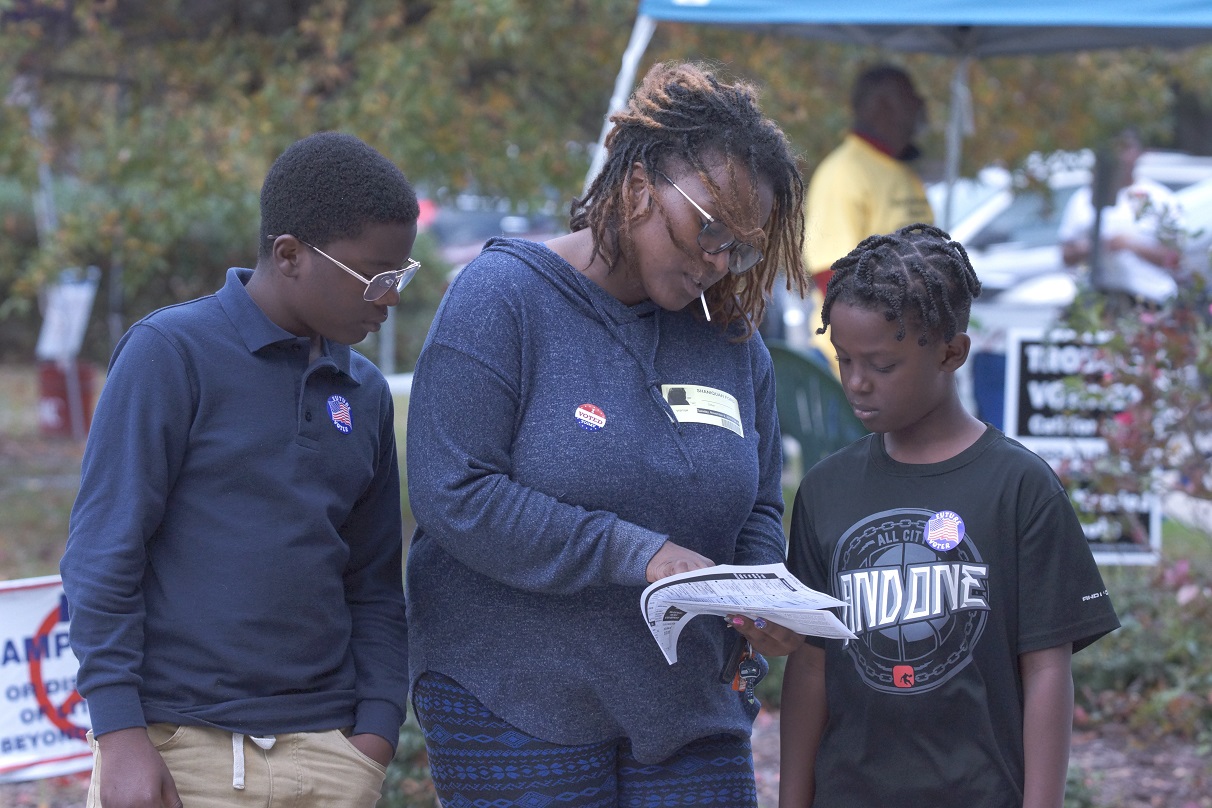 Shaniquah Ford of Nash County looks over a sample ballot with her sons, Ka’Son Whitaker, 11 and Kalil Whitaker, 9, at the Braswell Library in Rocky Mount before going in to vote in November 2018. When voters in NC congressional District 1 vote this year, they will choose between candidates with different views on the impeachment of President Trump. Calvin Adkins / Carolina Public Press

Incumbent Democrat U.S. Rep. G.K. Butterfield of NC District 1 cast his vote in favor of both articles of impeachment against President Donald Trump. In a statement after the vote, Butterfield said the founders “had the wisdom and foresight” to allow Congress to remove presidents who were corrupt or abusive of their power.

“President Trump put himself before country and violated his oath of office. The oath I took is clear: I have sworn to support and defend the Constitution against all enemies, foreign and domestic. Based on the evidence before us, I voted in favor of both Articles of Impeachment against Donald J. Trump. No one is above the law,” Butterfield said in part.

Republican Ethan Baca said he would have voted against Trump’s impeachment and accused Reps. Nancy Pelosi, D-Calif., and Adam Schiff, D-Calif., of running “a Soviet-style process” that was partisan and unfair.

“… This impeachment process was never about Impeachment nor justice for the American people. This process was about fulfilling the partisan vendetta the majority had against President Trump also overturning the results of an election,” Baca wrote to CPP.

Republican candidate Sandy Smith categorized the impeachment proceedings as an “attempted coup” by Butterfield and Pelosi.

To return to the main story on impeachment, click here.