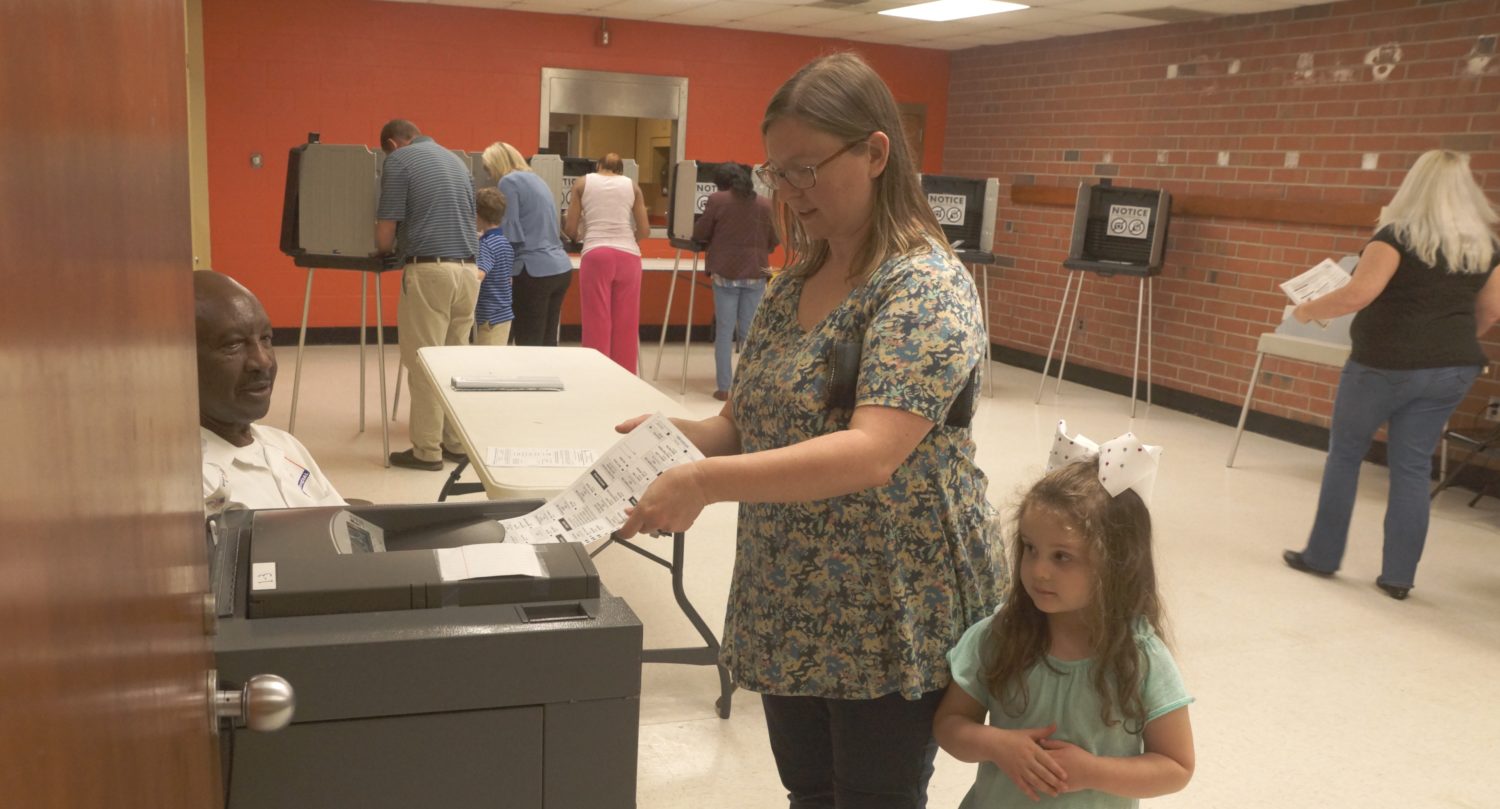 Catherine Crisp of Edgecombe County votes with her daughter Finley in Tarboro in 2018. In other parts of Eastern North Carolina, District 3 voters will decide whether they still back 2019 congressional District 3 special election winner Greg Murphy, who opposed impeachment of President Trump.  Calvin Adkins / Carolina Public Press

In District 3, incumbent Republican Greg Murphy won a special election last September after a boost from President Trump at a rally in Fayetteville. Since then, Murphy has been a strong Trump supporter.

He rejected both articles of impeachment and in a statement posted to his congressional page decried that Trump faced the inquiry at all.

“It’s disappointing that Democratic leadership continues to drag our country through this divisive exercise in partisanship. The evidence has shown the president has done nothing wrong,” Murphy said on his website.

“I certainly cannot support either of these articles and will be happy when the president is acquitted in the Senate, and Congress can get back to tending to the business of the people.”

The other candidate in the race, Democrat Darryl Farrow, could not be reached after several attempts.