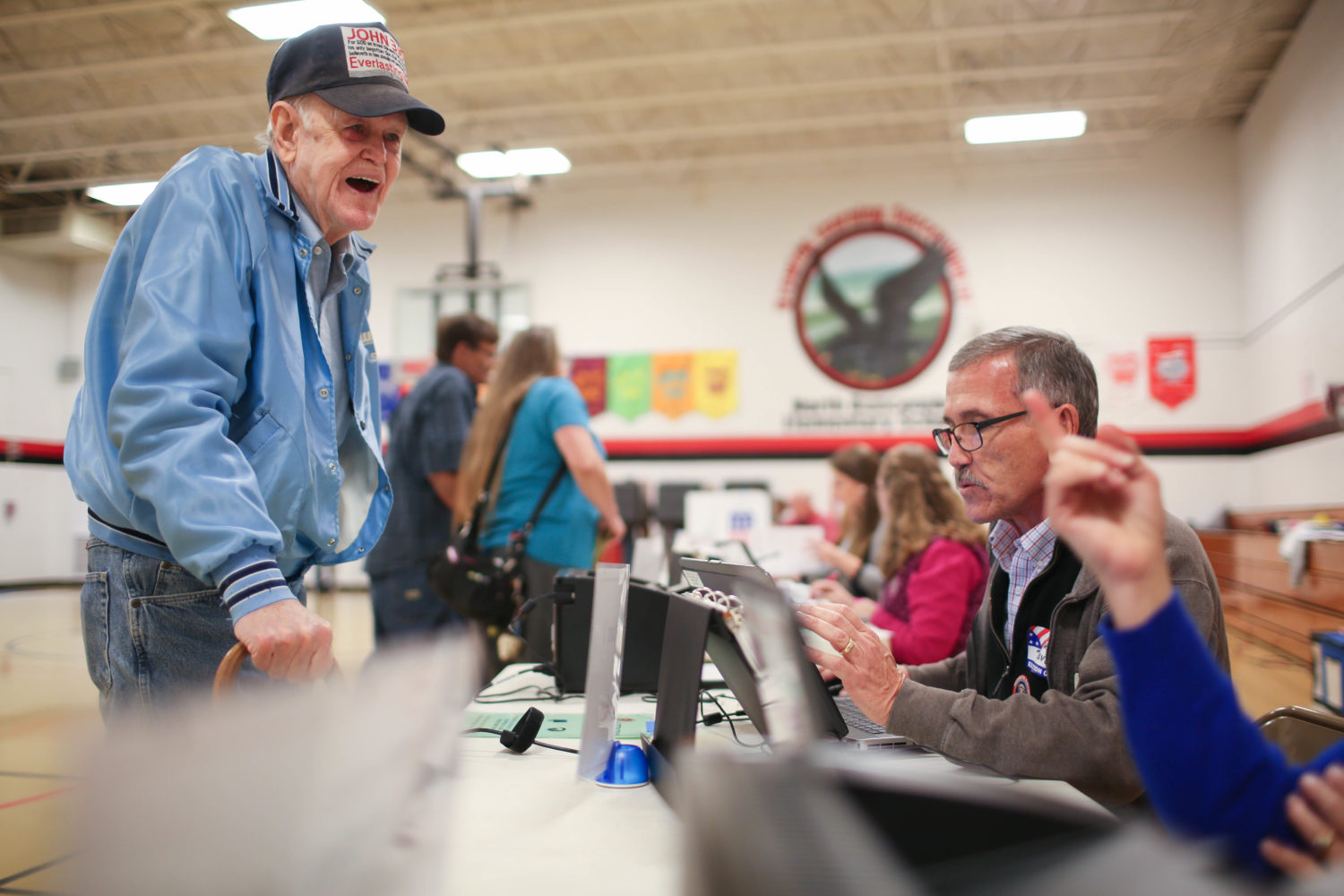 Joseph Brown talks with election workers as he signs in to vote in Weaverville in 2016. Colby Rabon / Carolina Public Press

North Carolina voters don’t have to look back far to realize we have issues with election integrity issues in North Carolina.

More commonly, long lines and other issues at some polling locations create headaches for voters and poll workers alike that can undermine a willingness to participate in the process and confidence in the results.

This year, voters in many counties will face new and somewhat unfamiliar voting equipment and check-in procedures for the first time.

All of these, as well as election security concerns and the ongoing court fight over voter ID can create confusion and undermine the election process.

With North Carolina primary voters headed to the polls on Tuesday and a major general election coming in November, these are urgent matters.

In order to arm Carolina Public Press readers as voters and participants in the election process, CPP elections reporter Jordan Wilkie has recorded a series of conversations with CPP News and Community Partnerships Manager Stephanie Carson about these challenges.

In this introductory segment, Wilkie overs a broad overview of the issues and what’s at stake.

To continue with additional segments, following the links below:

Part 2: What are some solutions to NC elections integrity issues?

Carolina Public Press has also offered additional coverage of many of these issues that you may want to check out: