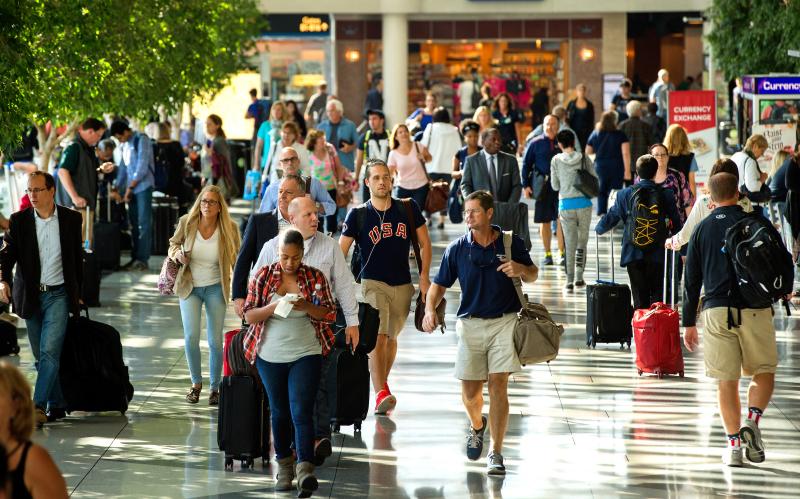 As state and federal officials hammer home their call for Americans to shelter in place and avoid all nonessential travel during the coronavirus pandemic, ridership at North Carolina’s airports, on public transit systems and on the state’s roadways is slipping fast.

But with more of the state’s residents starting to stockpile food and wondering if medical facilities have enough supplies to address COVID-19, freight lines may emerge as king of the road.

System-wide, American will reduce international capacity by 75% year-over-year through May 6. It also expects domestic capacity to be reduced 20% in April and 30% in May but did not reference which airports would be affected. American operates 90% of the flights that depart from Charlotte. 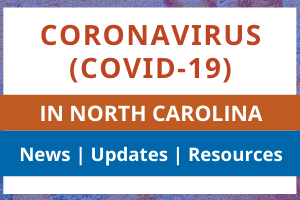 With flyers now cocooning at home, “I would say it’s about a 50% drop” in foot traffic at Charlotte Douglas, a sales associate at Queen City Gifts and News told Carolina Public Press on Tuesday as she eyed the concourse.

Just last week, the airport announced that its dining concessionaire had ordered more than 40 additional hand sanitizing stations for installation in the terminal and in food courts. Cleaning at security checkpoints was also stepped up.

On Tuesday, Charlotte-Douglas announced that many of its eateries would be converting to “grab and go” service in compliance with Gov. Roy Cooper’s order closing restaurants to dine-in customers.

At Raleigh-Durham International Airport, two transatlantic flights to Paris and London were suspended into May.

Outside the airport, it was business as usual on the ground for the Triangle’s public transit riders except for some paratransit service being curbed by GoCary.

But GoTriangle warned that the area’s transit agencies “may eventually need to modify operations with guidance from local health departments.”

The Charlotte Area Transit System, which said that it has been cleaning all surfaces in the system’s 304 buses and 83 vans daily with a bleach-infused solution as well as 42 light-rail cars with disinfectant foggers, did not immediately respond to a request for an update on current ridership.

Across the state, Uber said it is working to provide drivers with disinfectants but cautioned on its website that “supplies are very limited” and that it was “prioritizing distribution to drivers in cities with the greatest need.”

Uber also noted that it may “temporarily suspend the accounts of riders or drivers confirmed to have contracted or been exposed to COVID-19.”

While passenger traffic has slowed on several fronts, commercial freight carriers responding to the nation’s coronavirus emergency may become more visible on the state’s roadways.

With the Federal Motor Carrier Safety Administration lifting hours-of-service regulations that limit a driver’s time on the road, shipments of priority items can now be delivered to medical facilities and retail stores more quickly, the agency said.

The order lifts limits on-road time for deliveries of medical supplies and equipment related to the testing, diagnosis and treatment of COVID-19; masks, gloves, sanitizers, soap and disinfectants; equipment and supplies related to temporary housing and quarantine facilities; and food for the emergency restocking of stores.