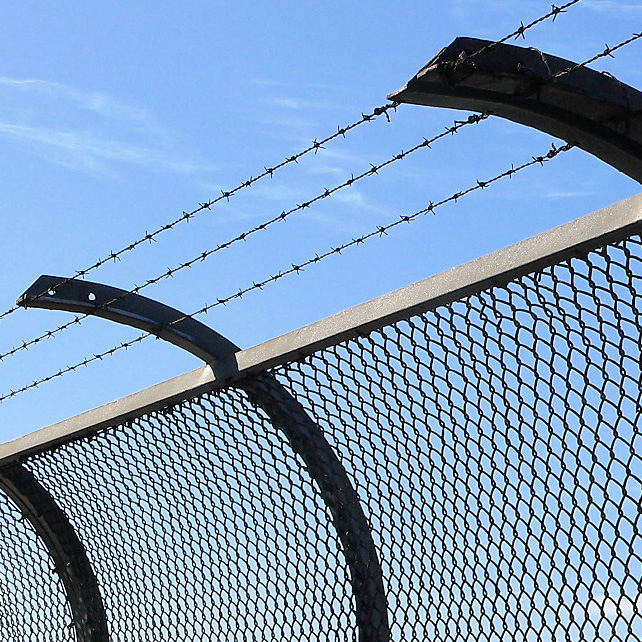 North Carolina has not embraced the idea of freeing hundreds of state prisoners during the coronavirus crisis, but advocates and some public health experts say it would prevent the virus from spreading as easily among inmates and prison employees. File photo

Public health professionals and civil rights groups are calling on Gov. Roy Cooper, district attorneys and the N.C. Department of Public Safety to release at least some prisoners in light of the coronavirus pandemic.

To date, DPS has taken some preventive measures to keep the disease, called COVID-19, out of its 58 in-use prisons, like limiting visitation and ending work-release programs. But those actions, along with the inaction from the governor and district attorneys, fall well short of recommendations from public health experts and demands from groups like the American Civil Liberties Union and the N.C. Justice Center.

“These people have not been sentenced to death,” said Daniel Bowes, an attorney at the N.C. Justice Center.

“Yet, if there is no action taken to protect them, then a significant number of them will suffer severe illnesses and die.”

Bowes, along with a coalition of organizations and public health researchers, is calling for the broad release of people in prisons. This will, they argue, protect staff, the people in prisons and North Carolina as a whole.

Who could get released — if anybody — is up for debate. Bowes worked with Prison Legal Services to find people currently in North Carolina prisons who are 60 years or older, are scheduled to be released within the next five years, were convicted of a misdemeanor or “nonviolent” felony and are currently assigned to a minimum- or medium-security prison.

He distributed this list of 425 people to district attorneys around the state, who would have the power to review cases decided in their districts and recommend release.

The statewide Conference of District Attorneys also wields significant influence over political decisions made by the governor’s office and the legislature.

No district attorney has recommended release for anyone on Bowes’ list so far. The statewide conference did not comment on this issue.

Asked by Carolina Public Press about possibly releasing some prisoners, a spokesman for the governor’s office said, “COVID-19 virus is a constantly evolving threat” and that the governor has directed DPS Secretary Erik Hooks “to carefully monitor the situation.”

No person has yet tested positive for COVID-19 in any North Carolina prison, including staff, though the Department of Public Safety declined to answer how many tests it has administered for “security and operational” concerns.

The 425 people Bowes recommended for release were a starting point to get the conversation rolling, he said.

“The main criteria that I would actually urge decision makers to use is, who are individuals where there is a clear and compelling reason why that person needs to be incapacitated?” Bowes said.

“I’m not saying there’s no risk here. It’s just like: Do we basically prevent any risk at all to public safety at the cost of sentencing more people that don’t have to die to death?”

The release of people from prison before their sentences are complete is an extraordinary step, according to Lorrin Freeman, district attorney for Wake County. Her office received 34 cases for consideration from Bowes, and she has, to date, decided against release for any of them.

The Wake County DA’s office will continue to monitor the situation, she said, and if factors change, such as the presence of COVID-19 in prisons, it is possible that her office will change its stance.

Freeman described the reasoning as having two parts. First: Is there a risk to public safety? Freeman is considering release on a case-by-case basis, as opposed to calls for broader action, such as the release of all people with less than one year remaining on their sentence.

Even misdemeanors and nonviolent felonies, she said, can still traumatize victims. She is hesitant to release some of the people on Bowes’ list because they have dozens of convictions for those kinds of crimes.

Second, Freeman argues that people in prison may be receiving better medical care and be better protected from COVID-19 than if they were released.

“Additionally, inasmuch as the request to reduce an individual’s sentence is based upon a severe risk of illness from COVID-19, we are also considering whether there is an imminent threat to the health of the individual within the prison and the prison’s capacity to treat that individual, keeping in mind that many of these individuals do not have access to primary health care services if released,” Freeman wrote in an email to Carolina Public Press.

Several public health professionals interviewed by CPP disagreed with Freeman’s assessment, saying it is better for public health to release people before COVID-19 is found inside prisons.

The threat is already “imminent,” as an outbreak of COVID-19 in the state’s jails and prisons seems inevitable.

David Rosen, an associate professor in the UNC Department of Medicine, is one of two medical professionals CPP interviewed for this story who work with the Department of Public Safety to improve medical care inside prisons and after people are released.

“In regards to timing, releasing people prior to the emergence of cases is advantageous from a public health perspective,” Rosen wrote in an email to CPP.

“Once cases emerge, contacts should be quarantined, complicating issues of release.”

Additionally, once COVID-19 is introduced to a prison, it can be expected to spread rapidly to people incarcerated in the prison and to staff.

“This could, in turn, lead to greater community transmission,” Rosen wrote, referring to the possibility of spreading COVID-19 beyond the prison walls.

“This could also have implications for security and health care if the prison system — which is already short-staffed — must quarantine correctional officers and medical personnel.”

Evan Ashkin, a doctor and professor of family medicine at UNC Chapel Hill, founded and directs a program to connect people to health care upon their release from prison and works with the Department of Public Safety to run the program.

Ashkin agrees with Freeman that access to medical services is a major issue for people who are released from prison.

“The system was grossly inadequate before, and it’s even worse now because people can’t just walk into a clinic,” Ashkin said.

However, releasing people is still the better option from a health care perspective, he said. Ashkin is working with the Department of Public Safety to track people who are released — whether through normal release schedules or due to COVID-19 — and connect them to medical services through telehealth or video options that clinics are putting in place.

Even before the outbreak, one-third of the 25,000 people who are released from prison each year have chronic medical conditions requiring care within 30 days after release, according to research by both Ashkin and Rosen.

If there is a surge of releases from prisons, Ashkin wrote, the current, already inadequate systems supporting people upon release would be overwhelmed.

Finding housing for people would be a major problem, in addition to the challenges of connecting people to needed medical care. Ashkin suggested the state use hotels to house people recently released from prison, especially since they are largely empty due to the COVID-19 pandemic anyway.

“The fewer people in a congregate setting, the easier it is to do adequate infection control,” Ashkin wrote.

“Depopulating jails and prisons of healthy people with low criminogenic factors will help to prevent and/or control outbreaks in those settings and would likely result in significantly fewer infections.”