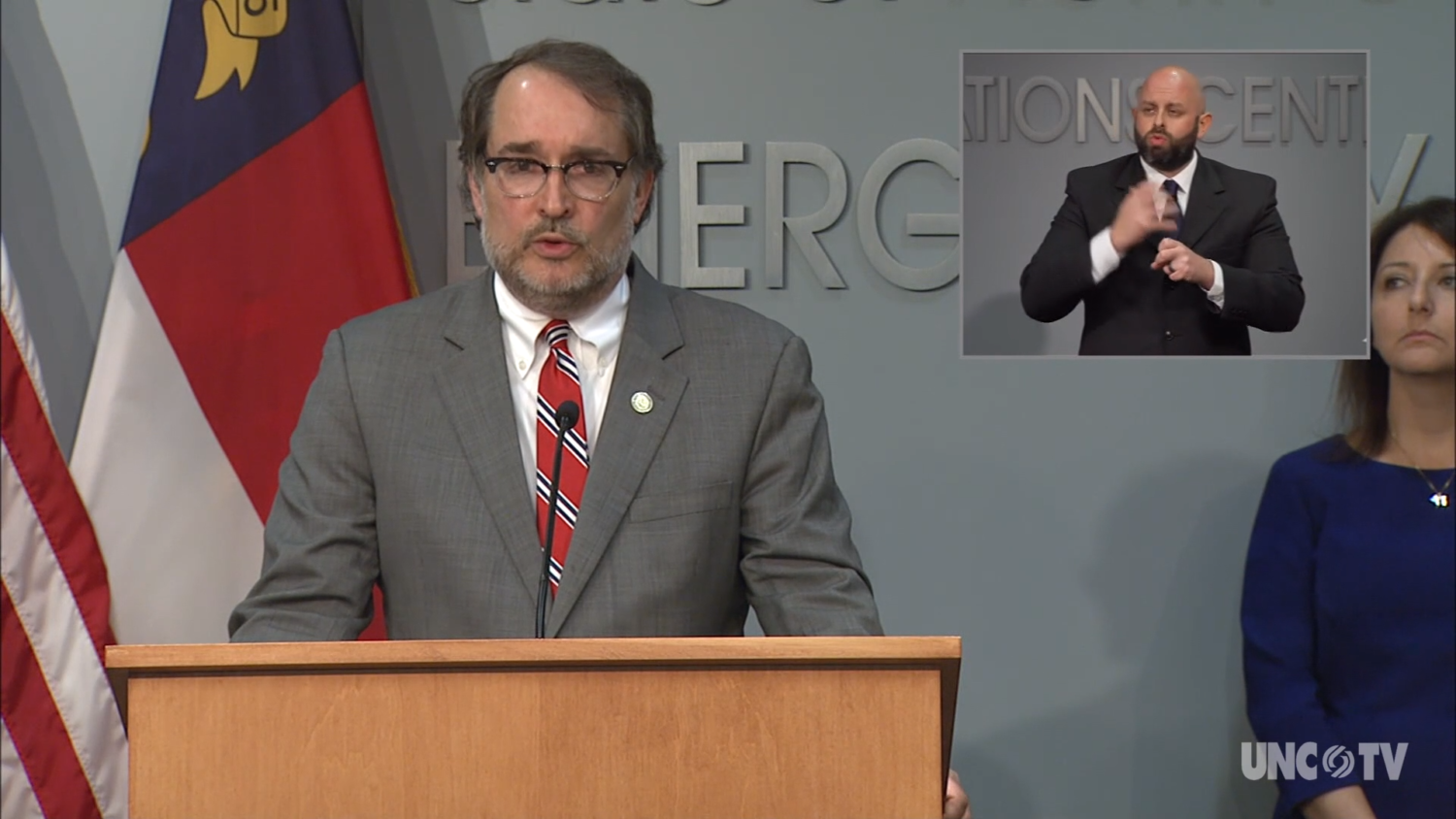 NC Assistant Secretary of Commerce Lockhart Taylor addresses a press conference Thursday afternoon, discussing the state’s adjustments as massive numbers of jobless claims have overwhelmed the system, making it difficult for many people to file. Screengrab from UNC-TV

North Carolina was already in the midst of a historic surge in jobless claims when Gov. Roy Cooper closed all bars and restaurants to in-person service on March 18.

Roughly two weeks later, an unprecedented number of North Carolinians have applied for unemployment, with thousands more jobless claims expected in the coming weeks and months as the worldwide outbreak of the new coronavirus disrupts the normal pace of life and shutters businesses, parks and event venues.

The torrent of unemployment applications has yet to cease, as numbers surged far beyond any other time in North Carolina history. Since March 16, more than 353,480 people have applied for unemployment benefits.

“That averages out to almost 1,000 claims an hour for 24 hours a day for the last 14 days,” said Lockhart Taylor, assistant secretary of the N.C. Department of Commerce, during a news media call.

Taylor acknowledged many more could not file their jobless claims.

“We understand for people who have lost their job, the help can’t get there soon enough,” Taylor said. “We know people have had problems accessing our system or getting through on the phones. This is not acceptable.”

To that end, Taylor said, the state Department of Employment Security is updating servers and bringing on another 350 people, which includes call center employees.

It can take two weeks from completing an application to receiving a check. The first checks to unemployed workers were sent out this week, amounting to $8.2 million in unemployment benefits, he said.

“That number is going to increase exponentially in the coming days,” Taylor said.

Workers around the globe have been laid off or furloughed as companies contract their operations due to either decreased demand or government mandates to keep COVID-19, the disease caused by the new coronavirus, at bay.

Nationwide since March 15, more than 9.9 million people have filed new claims for unemployment benefits, according to the U.S. Department of Labor.

Since Monday in North Carolina, all but workers for essential businesses have been under order to stay home unless buying groceries, medicine or for exercise.

Gov. Cooper’s order to close all bars and restaurants to in-person service also loosened the rules to qualify for unemployment. Applicants don’t have to wait for a week before filing for assistance, and they don’t have to show they are looking for another job week after week.

Another form of relief for those on the state health insurance plan came Thursday. State Treasurer Dale Folwell announced that the health plan for legislators, teachers, state workers and college educators will cover all costs of testing and treatment for patients diagnosed with COVID-19.

Folwell announced last month that he is among the North Carolina residents who has tested positive for COVID-19.