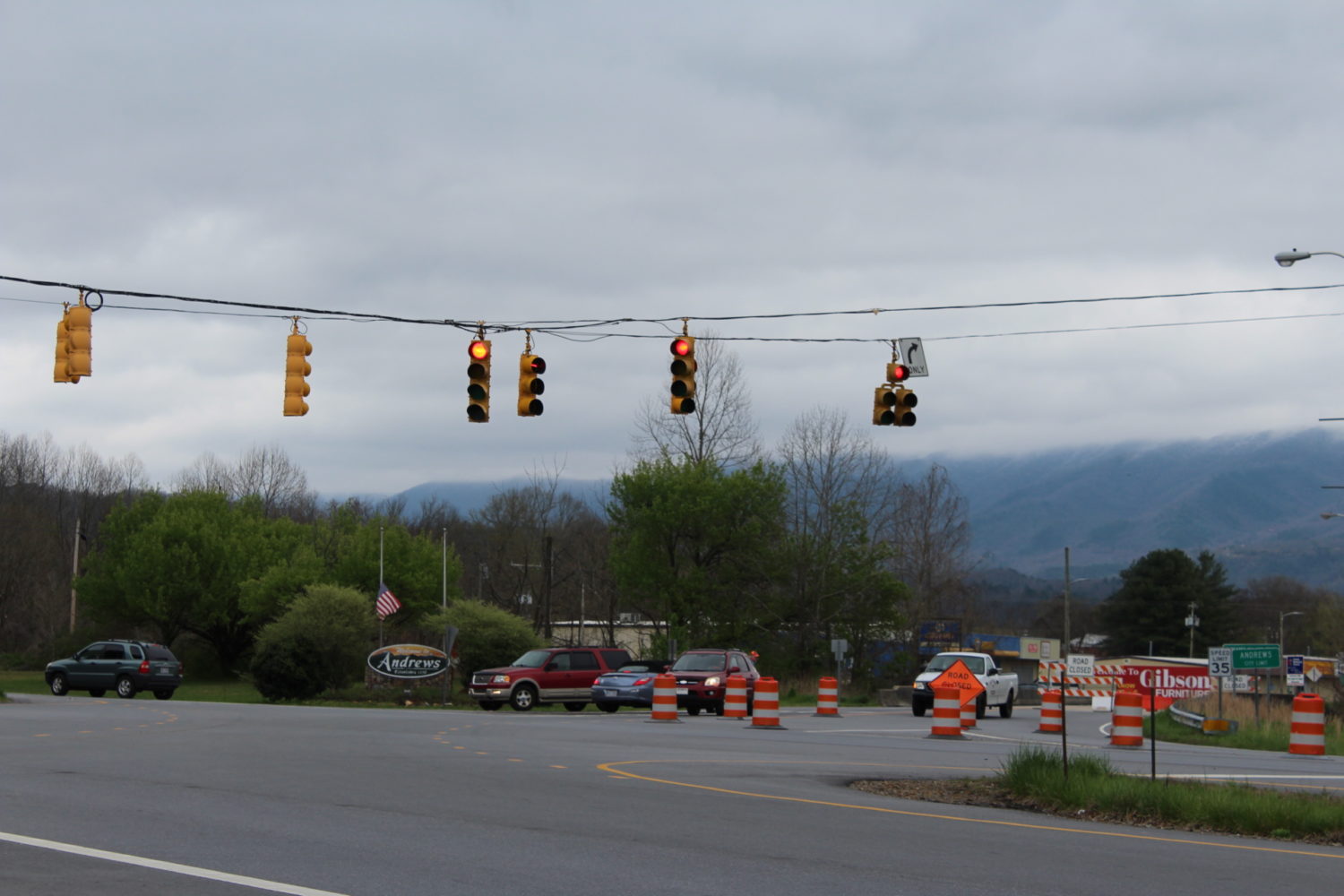 Town officials barricades one of the main entrances to downtown Andrews as the Cherokee County community tries to slow the spread of coronavirus. Joseph Martin / Carolina Public Press

Like other North Carolina counties, the state’s westernmost county, Cherokee, remains on edge but hopeful as it waits out the coronavirus pandemic in hopes of slowing its spread.

The county reported its first death from the virus on Tuesday. A total of 11 confirmed cases have been reported by its Health Department as of Thursday, nine of them in county residents. One of the county’s two incorporated towns has restricted access, and the other has enacted a curfew.

Under state and tribal orders, schools, restaurants, dining areas, salons, barbershops and one of the county’s largest employers, the Eastern Band of Cherokee Indians’ casino, are closed. Residents have been reportedly compliant with orders overall and are trying to stay at home as much as possible.

The patient who died was well over 80 years old, the Cherokee County Health Department said in a statement.

“Our prayers are with the family and loved ones during this time,” the Health Department stated. “This serves as an unfortunate reminder of the seriousness that surrounds COVID-19 and the potential impacts to those high-risk individuals.”

The county reported the first confirmation March 18 in a New York resident who was isolating in Cherokee County. Health officials issued an alert to the Brasstown community the next day after learning the individual attended a dance March 10 at the John C. Campbell Folk School.

“We as a community must do our part to help stop the spread of the virus by staying at home and practicing social distancing combined with other protective measures when necessary to go out into the public,” the Health Department said.

County Health Department Director David Badger said all public bodies have been responsive. “I really can’t complain about how they’ve been engaged in that process,” he said.

Town leaders in Murphy and Andrews have taken their own initiatives to help slow the spread and protect their citizens.

Andrews Mayor James Reid and the Board of Aldermen had entryways to town barricaded through an emergency order on Tuesday, with one exception, the U.S. 74 exit. People must show proof of local residence to enter.

On March 20, Murphy Mayor Rick Ramsey and the Town Council enacted a curfew from 9 p.m. to 6 a.m., when no pedestrians are to be out. Both mayors said the measures were to protect their towns’ residents.

Both Andrews and Murphy police departments are small operations with limited resources. When asked if Andrews had enough staff to enforce the restrictions in place, Reid said, “Right now, we do not. But right now, we are looking at hiring an outside company.”

He also said the protective measures are being implemented in phases, and city officials are learning as they go.

Ramsey said similar measures in Murphy would be difficult, and lack of personnel for enforcement was one of the problems.

He also said that what works for one won’t work for the other logistically. Most of Andrews’ businesses are located off U.S. 74, the main highway through the county. Murphy also has many businesses off and directly on that highway.

Ramsey said he wanted to make sure anyone found downtown has a destination after dining areas and shops had closed.

Both mayors and the Health Department director said that county residents have cooperated through what has been an unprecedented event.

Cherokee County Sheriff Derrick Palmer confirmed that. “The community has been very good about being compliant,” he said. He’s also taking measures to protect the jail’s inmates from exposure.

Roy Dickey, chairman of the Cherokee County Board of Commissioners, said officials are working with both the Health Department and the Department of Emergency Management. “We’ll do whatever we can to assist them,” he said.

The mayors and health director also encourage residents to continue measures to control the spread.

“Just try to stay home,” Reid said. “This too shall pass.”

Badger asked for understanding: “Continue to do your best and find joy in the little things. Hang in there.”