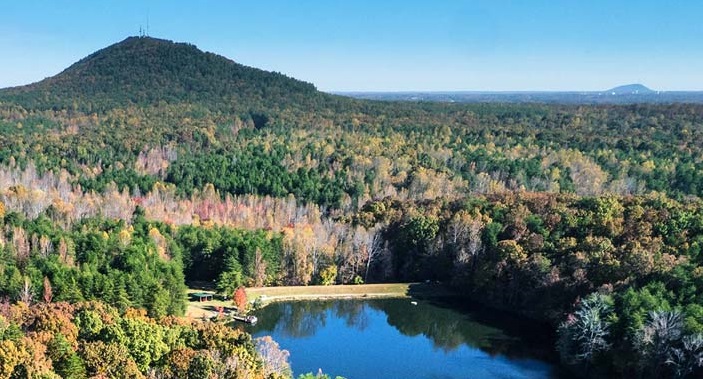 The craggy ridgeline and trail system of Crowders Mountain is popular among birders, hikers and rock climbers, and in spite of a recently expanded parking facility, each spot was full.

It was more than the park could handle, said state parks spokeswoman Katie Hall, leading to the park’s closure on March 23.

Since then, roughly three-quarters of the state’s parks have been shut down as some units experienced double and triple normal visitation levels.

And despite the closures and risk of spreading COVID-19, the disease caused by the new coronavirus, visitors are still coming as North Carolinians seek refuge from home isolation at state public land units from the coast to the mountains.

Hall said the rush of visitors has made it difficult to maintain facilities, collect trash and clean restrooms with limited staff and a lack of personal protective equipment.

A loss in revenue due to the pandemic forced the state park system to temporarily “separate” seasonal staff. While most state park funding is from annual appropriations, park closures have resulted in a loss in revenue from camping fees and other activities that require user fees.

In general, Hall said, the system has struggled to keep up with demand. In the last decade, park visitation has ballooned by 44%, while staffing throughout the system has increased by just 2%.

Before the recent wave of park closures, Hall said, restrooms and visitors centers were locked while parks remained open. However, since facilities were shut, visitors were relieving themselves in public and leaving human waste, including toilet paper and sanitary pads, creating a health hazard for staff, visitors and pets.

Although Crowders Mountain State Park encompasses 5,300 acres “people don’t traverse the whole park. They have a targeted destination. A picnic area or overlook. People are gathered together, and most trails are narrow,” said Hall.

Yet, as popular parks shuttered, including William B. Umstead State Park in Wake County, visitors branched out to smaller parks that were not prepared for a surge in visitation, such as Raven Rock State Park in Harnett County, an hour south of Raleigh.

Thus far, about 75% of the state parks are closed to the public. While some of the closures have been based on overcrowding issues, the state park system has also shut parks in response to city and county requests to close units.

Other state public land units managed by the N.C. Forest Service and N.C. Wildlife Resources Commission are facing similar challenges during the pandemic.

Three state recreational forests, managed by the N.C. Department of Agriculture and Consumer Services, have closed due to overcrowding.

A joint press release from the U.S. Forest Service and the N.C. Forest Service said “visitation is two and three times greater” than usual and stretching their agencies’ resources and making social distancing more challenging.

In a message from the WRC’s director, Gordon Myers said that “based on field observation from law enforcement and other agency professionals over the past week, many people are disregarding social distancing standards.”

“Failure to comply will lead to closures,” Myers said.