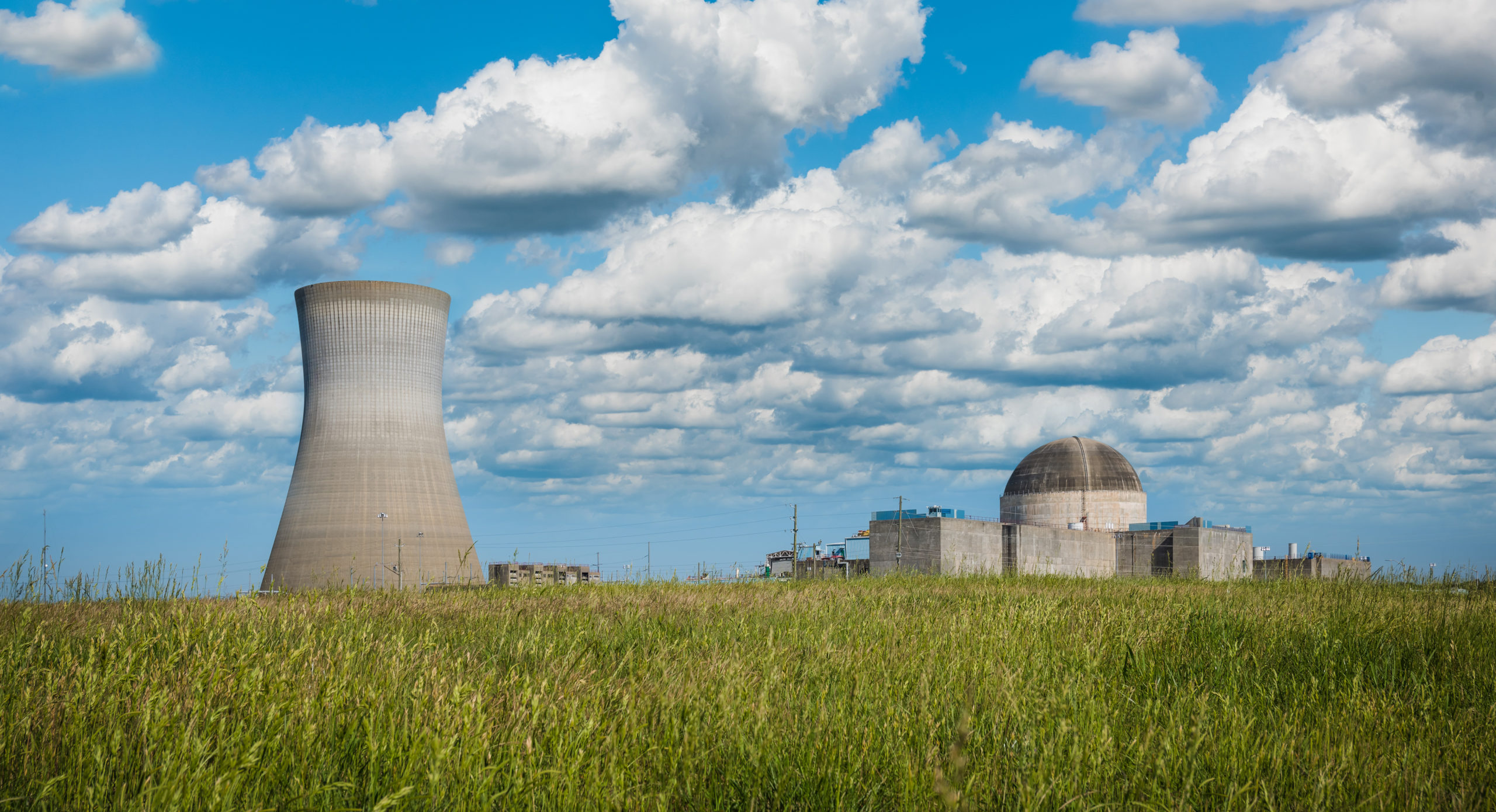 Duke Energy’s Harris Nuclear Plant in Wake County is one of three plants where the company operates a total of five reactors in North Carolina, generating a large percentage of the electrical power for Duke customers in the state. A watchdog group opposed to nuclear energy warns that storage and transportation of radioactive waste from reactors during the health crisis involves increased risk. Photo courtesy of Duke Energy.

Nuclear power industry watchdog groups have raised concerns about the storage and transportation of radioactive fuel waste from reactors that produce electricity during the coronavirus pandemic.

Potential staffing shortages during the health crisis, said Kevin Kamps of the national anti-nuclear watchdog organization Beyond Nuclear, may increase the risks of a mishap or affect the readiness to react to an emergency.

At each facility, spent radioactive nuclear fuel from the reactors is immersed and cooled in pools of water. Once the fuel has aged about five years in an attempt to reduce radiation levels, the spent fuel is transferred to “dry storage” within a stainless steel or concrete cask.

However, wet pools are sometimes used to hold four to five times the amount of waste for which they were designed, according to Kamps. The pools are typically housed in a warehouse building that is not designed to contain the radiation from a pool mishap, he said, such as a fire if water is drained and the fuel were exposed to air.

“There is always a risk with wet storage, but if you add the pandemic emergency and a diminished workforce, it will be hard to deal with an emergency,” he said.

According to the Nuclear Energy Institute, an industry group that promotes nuclear power, about one-third of the oldest spent fuel is moved from a reactor to wet storage about every 18 months to two years.

Reactors typically shut down for two to four weeks annually to conduct maintenance and move spent fuel. The “refueling outages” are typically scheduled in spring and fall, when electricity demand is lowest. The NEI said “each plant typically brings in several hundred specialized workers” for 30-60 days to conduct the work.

Two federal agencies — the Nuclear Regulatory Commission and the Department of Energy — regulate and oversee the disposal of spent nuclear fuel.

In 2011, evaporating water nearly exposed spent fuel in at least one cooling pool at the Fukushima Daiichi Nuclear Power Plant in Japan following an earthquake and tsunami. If water is lost from a densely packed pool, ambient air in contact with the spent fuel can ignite a fire and release radioactivity.

Following the disaster in Japan, a task force of the U.S Nuclear Regulatory Commission drafted new rules to deal with spent nuclear fuel, including additional instruments to monitor water levels.

But Kamps said the incident in Japan is a reminder that nuclear waste storage pools are vulnerable to extreme events or accidents, such as earthquakes or flooding from a superstorm, that may prevent workers from addressing an emergency.

That could also be a concern during a pandemic if the virus spreads into the nuclear power workforce and potentially disrupts security or other key safety systems.

Kamps said a safer option for spent nuclear fuel — aside from his organization’s desire to shut down all nuclear power plants — is to move spent fuel from wet to dry storage facilities, which are considered safer.

But moving to dry storage is costly, and Kamps alleged that the power industry’s economic incentive is to move as little fuel as possible.

According to a 2017 Department of Energy report on the safety of radioactive waste management, 77.9% of spent nuclear fuel at Duke Energy’s plants is in wet storage.

According to Duke Energy, “about one-third of used fuel is in dry canister storage and two-thirds in used fuel pool storage.”

However, a 2016 National Academy of Sciences, Engineering and Medicine report about the lessons learned from the Japanese nuclear accident concluded that the amount of nuclear waste generated in the U.S. has increased beyond the designed capacity.

The report said the nuclear accident in Japan “should serve as a wake-up call to nuclear power plant operators and regulators on the critical importance of measuring, maintaining and reporting cooling in spent fuel pools during severe accidents and terrorist attacks.”

The report was mandated by Congress and funded by the NRC.

Louis Zeller, the executive director of the Blue Ridge Environmental Defense League based in Glendale Springs, said “the most dangerous time for the irradiated material is when it is being moved” either from the reactor to wet storage or from wet to dry storage.

His organization was formed in 1984 to oppose a proposed Ashe County national nuclear waste facility.

Last month, the Nuclear Regulatory Commission temporarily allowed longer work shifts during the pandemic. The shift extensions would allow workers to be on the job for up to 86 hours a week.

“Relaxing worker safety standards is the wrong way to do it,” Zeller said. “It’s the time to tighten, not reduce, worker regulations to ensure that the public is not endangered. Mistakes happen when workers are fatigued or inexperienced.”

Sipe said Duke Energy has detailed plans and will have the needed resources available when moving fuel. For security reasons, Sipe said, scheduled fuel moves are not shared with the public.

According to a letter from an industry group, the Nuclear Energy Institute, to the Department of Energy, scheduled reactor shutdowns to refuel in North Carolina were scheduled in February at the Brunswick plant in Southport; and in mid-March and mid-September at the McGuire plant in Huntersville. According to the letter, there are no scheduled moves at the Harris plant in Wake County.

Beyond Nuclear said the NRC should suspend all refueling operations.

“It’s not hard to imagine the level of chaos that would ensue should a nuclear accident occur during the coronavirus,” Beyond Nuclear said in a recent press release.

Safety lapses do occur even during normal conditions.

On March 11, the NRC issued a confirmatory order to Duke Energy for violations at its Hartsville, S.C., nuclear power plant.

The NRC found that on several occasions in 2017, employees failed to visually inspect assigned areas for signs of fire, failed to conduct operator rounds, yet deliberately signed logs indicating they had completed the omitted rounds and fire watches.

A spokesman for the NRC, Roger Hannah, said the order followed a mediation process in which Duke and the NRC agreed to a resolution.

Sipe said Duke Energy is “fully committed to fulfilling all of the requirements of the Robinson Confirmatory Order and are on track to complete all of the associated actions within the agreed upon time frame.”