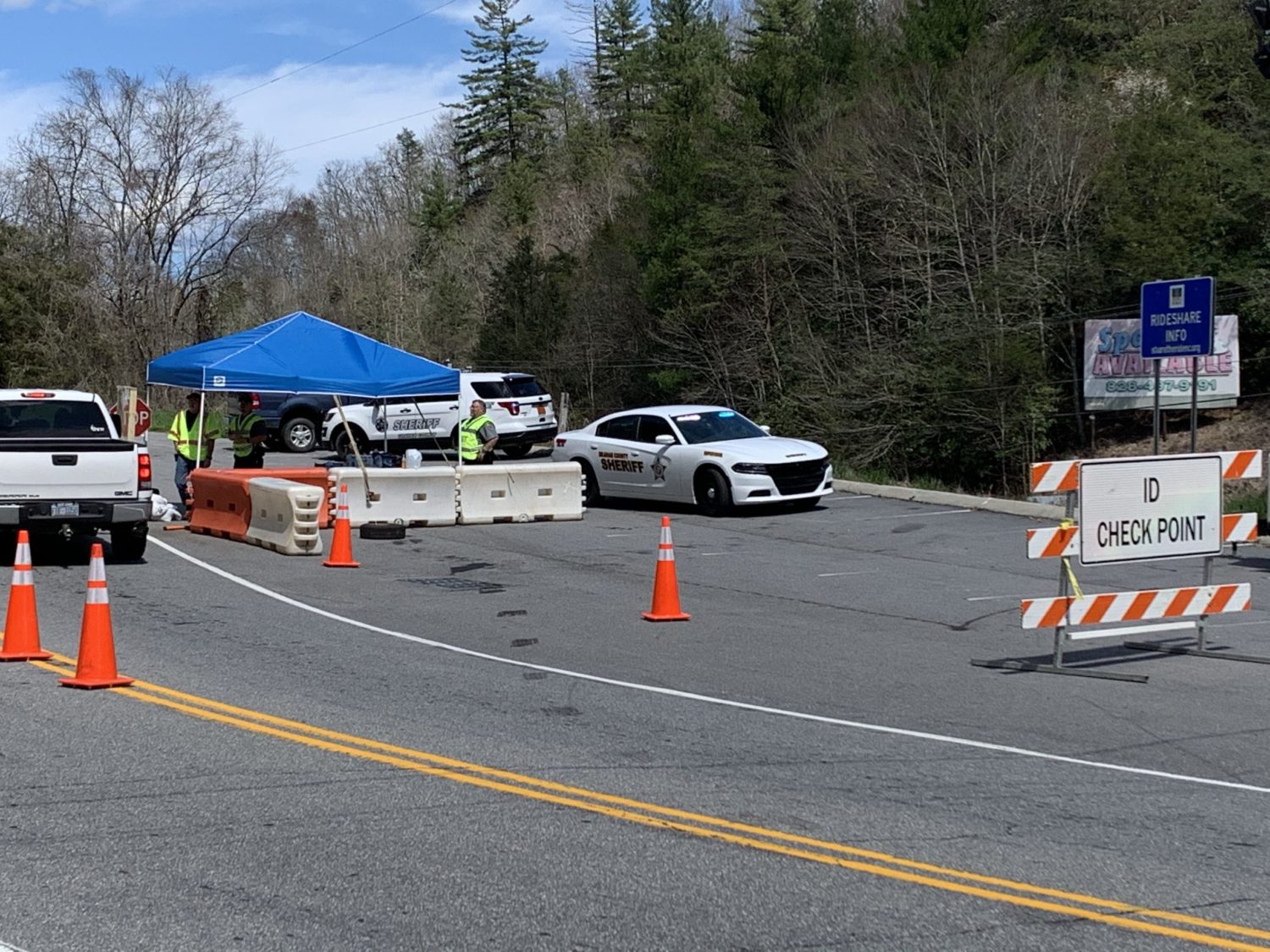 Graham County, which operated roadblocks to limit access to the rural mountain community until April 19, was among the last counties without any confirmed cases of COVID-19, until a test came back positive on Monday. Officials say testing has been done on more than 100 residents. Joseph Martin / Carolina Public Press

After weeks of testing on more than 100,000 North Carolina residents, only four North Carolina counties remain with zero confirmed cases of the new coronavirus.

Of those, the director for one health department refused to say how many COVID-19 tests have been conducted there.

“We are not providing these numbers,” Hyde County Health Department Director Luana Gibbs said last week. “We do know these numbers but have taken the stance not to report those numbers in efforts to prevent false reassurance or false fears.”

The N.C. Department of Health and Human Services said it is aware of 18 tests of Hyde County residents. Testing is occurring at the state public health lab as well as at hospitals and private labs. Not all of them report the total number of residents they have tested. Testing may also be performed on a county’s residents at locations in another county.

DHHS spokeswoman Kelly Haight Connor said while reporting positive COVID-19 results is mandatory, “reporting negative tests is not, and not all labs have electronic lab reporting.”

Hyde County now stands alone in its eastern coastal region for having zero confirmed cases, though several nearby counties announced their first cases only recently.

In the mountain west, three counties also have zero positive cases. Health leaders for Avery, Swain and Yancey all responded with the number of tests conducted in their areas.

Avery and Yancey counties, in the Toe River Health District, had tested 72 and 81 residents, respectively, with zero tests coming back positive for COVID-19, the disease caused by the new coronavirus.

Of the counties with no confirmed cases, Swain County has performed testing on the most residents as of late last week, with 395 tests conducted. Last month, Swain County shuttered all short-term rentals to help reduce the potential for spreading the virus.

“Yes, the restrictions … in my opinion, did work,” Swain County Manager Kevin King said. “We have a big tourism industry, and people come from all over the world to see the Great Smoky Mountains National Park. If we did not have this restriction in place, we would have had a higher probability of community spread.”

The Eastern Band of Cherokee Indians reservation is primarily located in Swain County. Last month, the group started limiting access to tribal land and urged visitors to stay away. Access was limited to tribal members, first-generation descendants, employees of essential businesses and the U.S. Postal Service, among others.

As of late last week, Madison County had tested 114 residents and had zero positive COVID-19 cases. By Monday, the county reported its first positive case.

The Graham County Health Department reported its first positive test late Monday via its Facebook page. As of late Monday, the county had tested 135 residents. The county had closed its borders to nonresidents but lifted that restriction on April 19. People could enter the county only if they drove through.

Camden County, just north of Hyde, also reported its first case recently, and county health department officials had just become aware of the positive test when CPP contacted them for this article. DHHS reports that 42 tests have been completed in Camden County.