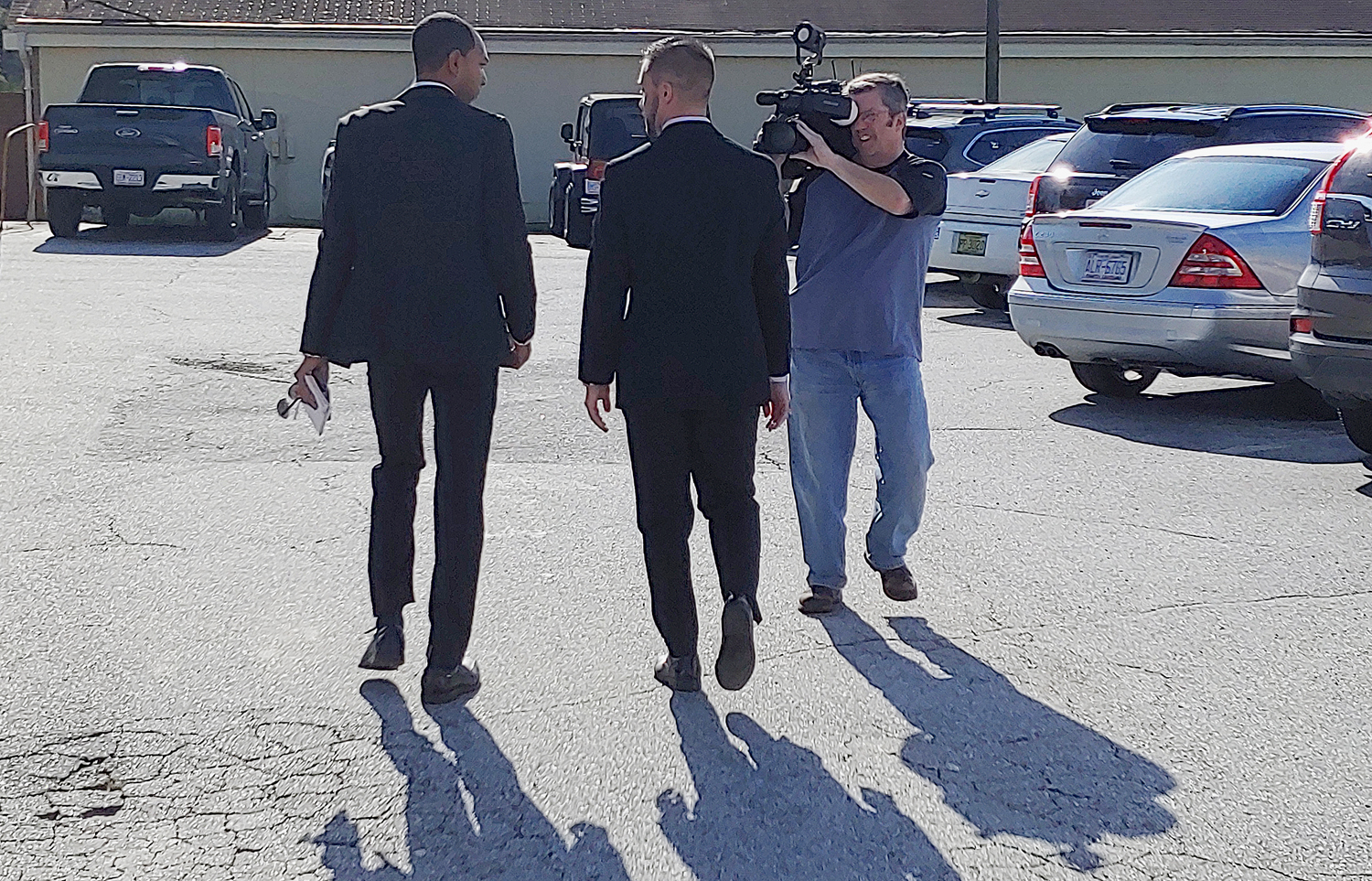 BREVARD — A state representative charged with cyberstalking his estranged wife must turn over his firearms and have no further contact with her, a judge ruled Thursday morning as he set a May 2 trial date.

Rep. Cody Henson, R-Transylvania, declined to comment on the case as he left the Transylvania County Courthouse surrounded by news media. According to a report from WLOS-TV, Henson said he wants to spend more time with his children.

Transylvania County sheriff’s investigators charged Henson with misdemeanor cyberstalking earlier this month after looking into allegations from his estranged wife, Kelsey Henson, who said the second-term state lawmaker repeatedly sent her texts at all hours despite being asked to stop.

However, Zellinger argued Thursday that Cody Henson’s alleged actions justified this precaution. Zellinger told the judge that Rep. Henson posted an image of firearms to social media the morning after a heated argument with his wife in early 2018, which she perceived as a threat of violence. Addressing the court, Zellinger also characterized Henson’s texts as vulgar and repeated, long after his wife asked him to stop.

Edney said the same claims were presented at the civil hearing without the guns being taken away, but Judge Wijewickrama was not persuaded and said he would consent to the state’s request.

Although the restraining order already limits contact between Rep. Henson and Kelsey Henson, the judge said that even contact during the exchange of children for visitation should be handled by someone other than Cody Henson in light of his alleged conduct.

Zellinger is a state Department of Justice attorney who is handling the case in lieu of the local District Attorney’s Office because DA Greg Newman had previously supported Henson’s campaign and recused himself.

Following the proceeding, Carolina Public Press spoke with Edney about whether his client was likely to seek a plea deal in the case. Edney said that one looks at all possibilities, but nothing specific is in motion right now.

Henson announced earlier this week that he will not seek re-election in 2020. He has so far not responded to demands from state Democratic leaders that he step aside. His district includes all of Transylvania and Polk counties, as well as the southern portion of Henderson County.