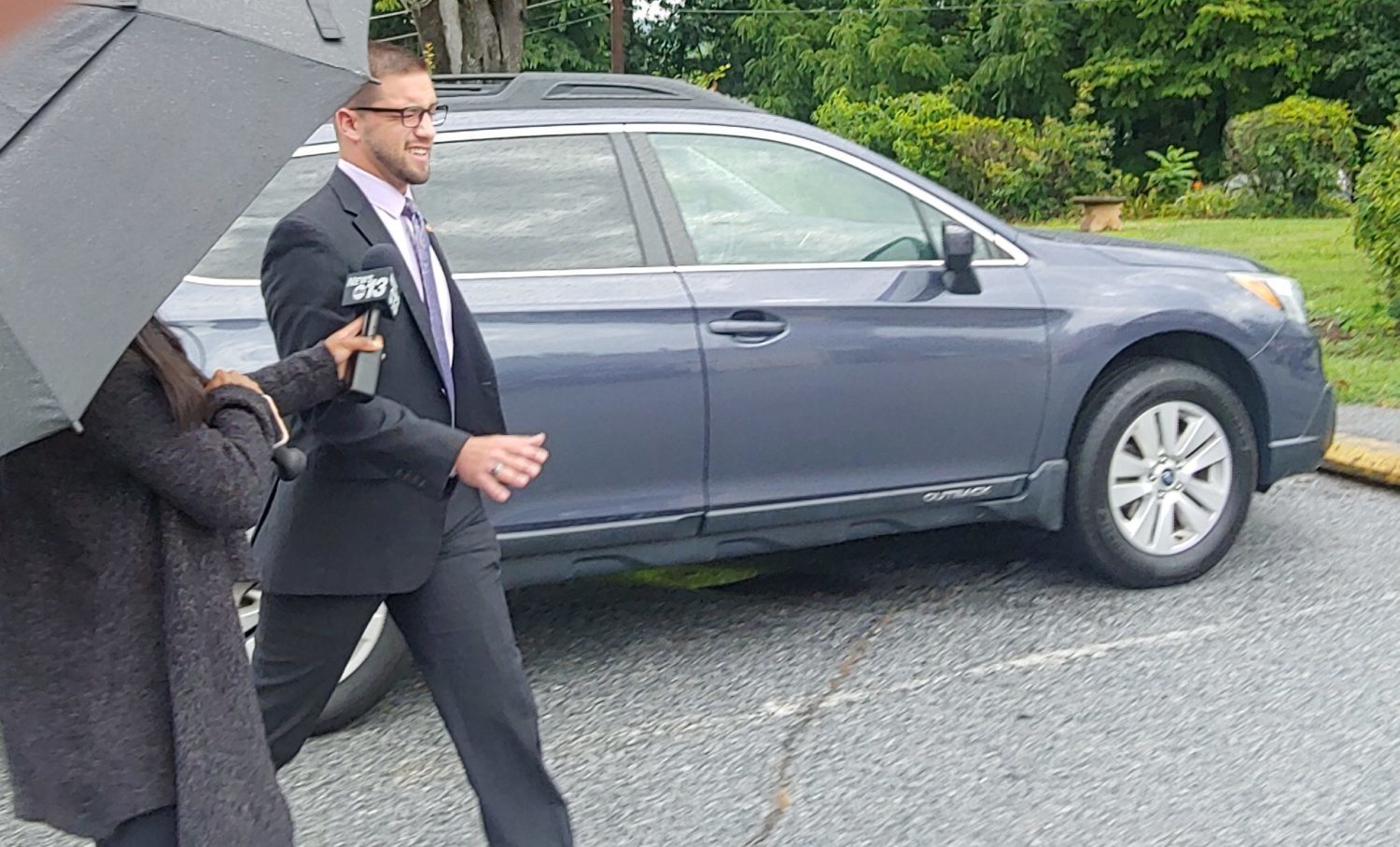 N.C. Rep. Cody Henson, R-Transylvania, hurries away from reporters attempting to interview him July 23 following his plea of guilty to cyberstalking in Brevard. Henson has since resigned from office. Frank Taylor / Carolina Public Press

Documents obtained by Carolina Public Press following Rep. Cody Henson‘s resignation from the N.C. House of Representatives last week reveal his signed statement of guilt in a cyberstalking plea deal with the Department of Justice.

Meanwhile, with the General Assembly still in session, Republicans have quickly chosen a replacement.

Henson pleaded guilty on July 23 in a Transylvania County courtroom to one count of misdemeanor cyberstalking.

He signed paperwork accepting a conditional discharge if he completes the terms of his probation, which includes attending a domestic violence offender treatment program through the Brevard-based anti-domestic violence organization Safe.

The same organization assisted Henson’s estranged wife, Kelsey Meece, with her civil case against him. Safe staff also participated in a public forum on domestic violence at Brevard College shortly after the case became public in February.

Henson additionally signed a Domestic Violence Statement of Guilt, in which he acknowledged “my guilt to the offense of Cyberstalking … between May 1, 2018, and May 31, 2018.” In his statement, Henson said he understood he had the right to remain silent but was instead “freely and voluntarily” choosing to waive that right.

Henson’s signed statement before the court did not specify his actions beyond guilt to the charge. When Henson announced his intent to resign on July 24, he implied that specific allegations made against him in court by Meece and the Department of Justice were untrue, though in court neither Henson nor his attorney voiced disagreement.

On Tuesday, the executive committees of the Republican parties of Henderson, Polk and Transylvania counties selected Jake Johnson of Polk County to replace Henson for the remainder of the current term.

The district includes all of Transylvania and Polk counties, plus much of southern Henderson County. The three mostly rural mountain counties run contiguously along the South Carolina state line between Asheville and Greenville, S.C.

A spokesperson for House Speaker Tim Moore told CPP that Johnson will likely be sworn in late this week or early next week.