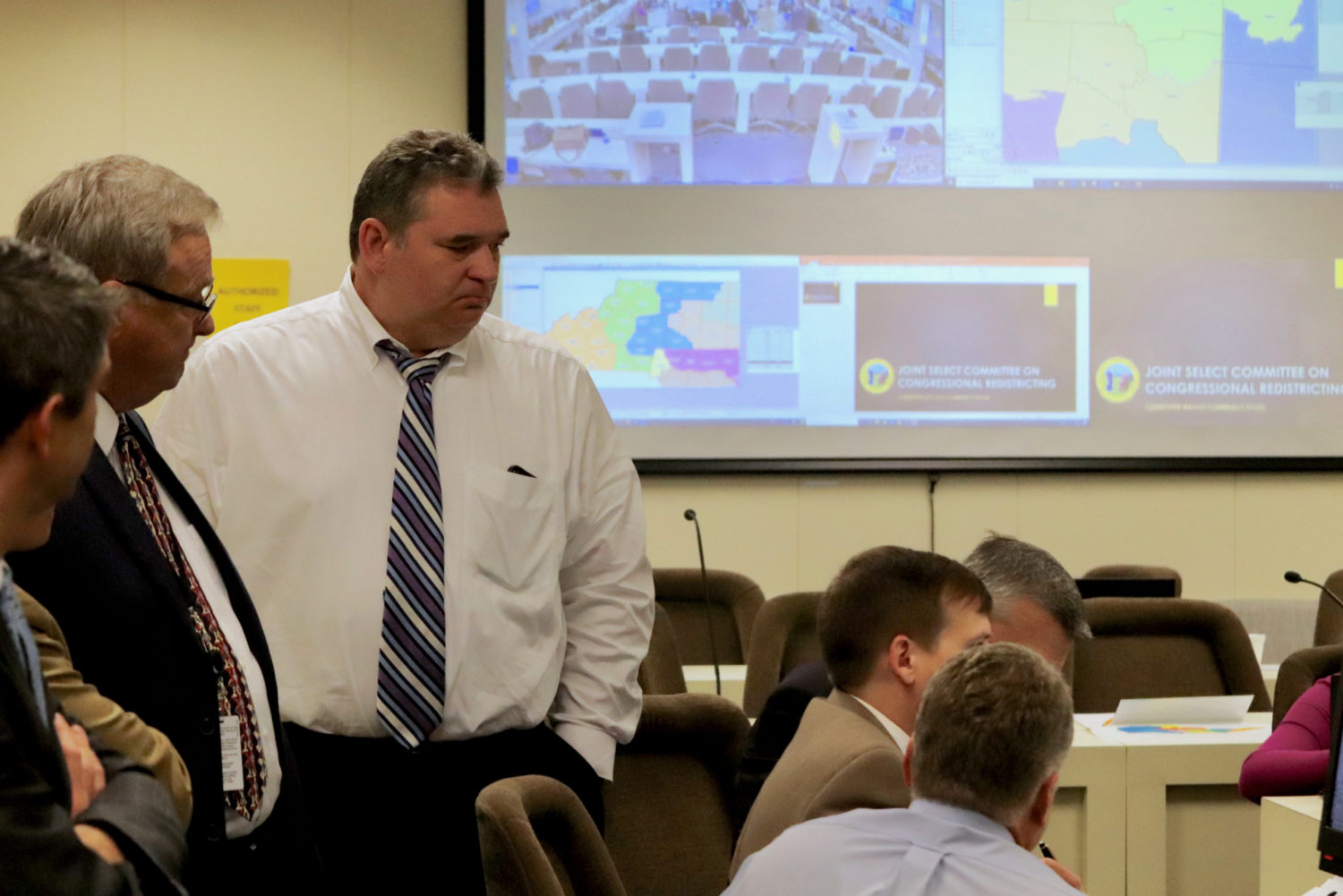 The fast-moving partisan redistricting lawsuit follows on the heels of a ruling this summer that required half of the state’s legislative districts to be redrawn on similar grounds.

In that case, Common Cause v. Lewis, the court ruled that partisan gerrymandering violates the state constitution’s guarantees of free speech and equal protection.

Plaintiffs in that case dropped their appeal asking for changes to some of the legislature’s work last week, clearing the way for the new legislative maps to be used in N.C. House and Senate elections.

The three judges granted a preliminary injunction in the congressional districts challenge in late October, declaring that plaintiffs in the case had a good chance of prevailing, and enjoining state election officials from moving forward on an election using congressional maps redrawn in 2016.

The court also reserved the right to change the election schedule for the congressional races, and all other races if necessary, to have new maps in place.

This week’s order putting congressional candidate filing on hold allows the state to go forward with candidate filing on all other races scheduled for the March 2020 primary. It also scheduled the hearing for dueling motions for summary judgment from both the plaintiffs and the legislative defendants as well as a motion by plaintiffs for expedited review of the districts approved by the General Assembly last week.

A decade of redrawing districts

The maps drawn last week are the third set of congressional maps the state has adopted since the 2010 census.

The first set, adopted in 2011, was successfully challenged in a federal racial gerrymandering lawsuit and redrawn in 2016.

The decision set off a wave of state court challenges, including in North Carolina.

The state court order last month preventing the use of the 2016 maps did not explicitly order a redraw but urged legislators to prepare one and to do so through roughly the same process used for the state House and Senate districts.

Multiple analyses of the maps approved last week show they would most likely result in a congressional delegation made up of eight Republicans and five Democrats.

Although that would mean a pickup of two seats from the current 10-3 split, Democrats and gerrymandering opponents were quick to challenge the maps, calling them a trade of one partisan gerrymander for another and asking for the court to quickly review the new maps.

“A map forced through by the majority party on a partisan vote does not instill confidence in the fairness of the new districts,” Common Cause North Carolina Executive Director Bob Phillips said in a statement after last week’s legislative vote.

“We believe the congressional districts passed by the legislature today remain a partisan gerrymander.”

“During the public comment period of our 2020 congressional redistricting, many voters expressed confusion and frustration with the seemingly endless changes of districts caused by litigation,” he said in the announcement.

Meanwhile, deadlines for the 2020 primary season are quickly approaching. The primary is scheduled for March 3 with the three-week filing season due to open Dec. 2.

State election officials have said they could delay filing for the congressional races into mid-December but do not have much leeway after that to prepare the ballots in time to meet federal requirements on mailing out responses to absentee requests.

Otherwise, they would have to reschedule either all of the primary elections or split off the congressional primary and hold it later, a prospect that is both expensive and certain to result in a considerable drop-off in turnout.

The last time the state split off its congressional primaries was in 2016, when the current congressional maps were first used. In that election season, the first year the state held its presidential primary in March, the turnout in the first primary was 35.7%.

In the congressional only primary that followed in late June 2016, turnout fell to 7.7%.