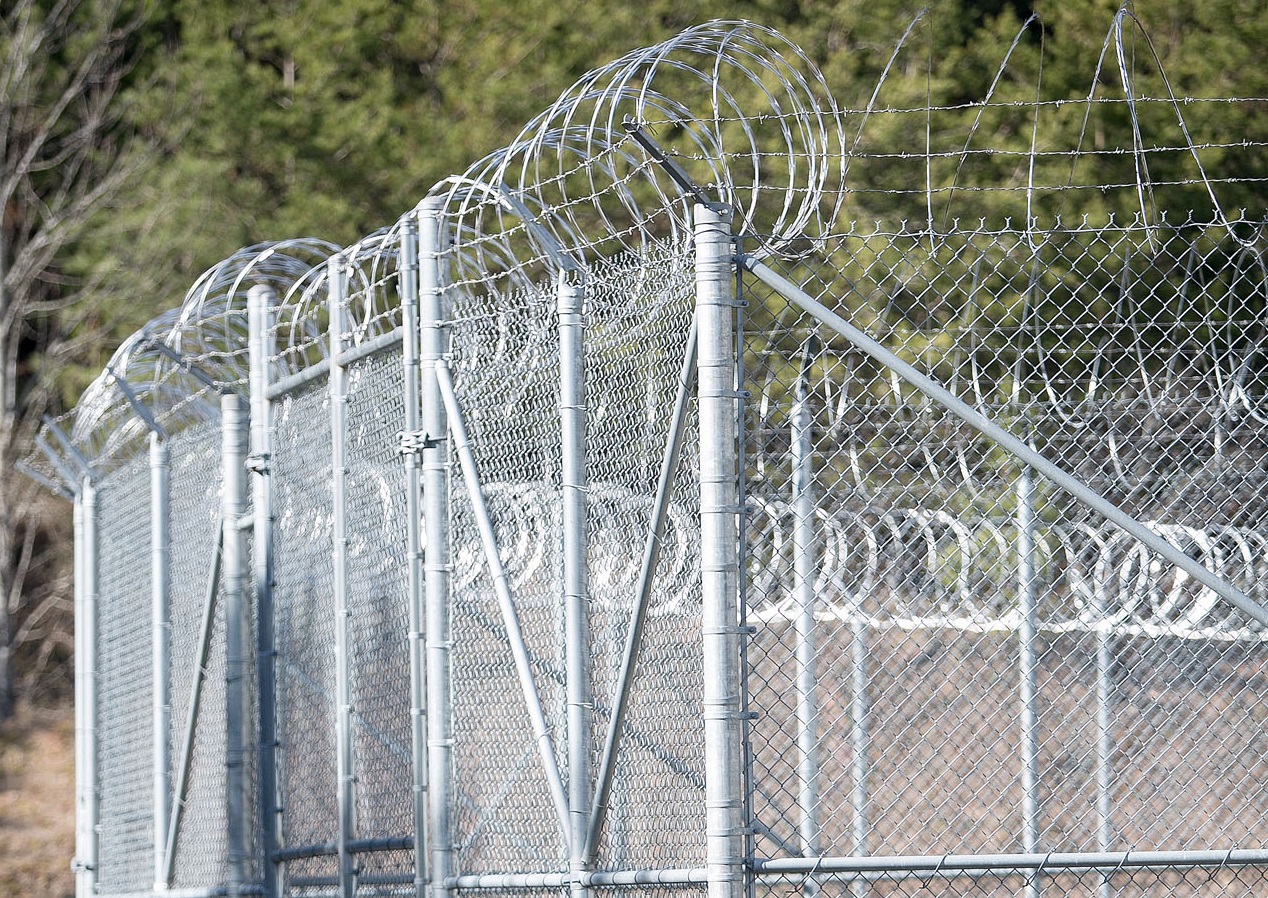 Health experts warn that prisons and jails are prone to rapid spread of COVID-19. A man incarcerated at state prison in Eastern North Carolina died from the virus this week. Colby Rabon / Carolina Public Press

A man incarcerated at an Eastern North Carolina prison died in a hospital Tuesday after testing positive for COVID-19.

The inmate at Pender Correctional Institution in Burgaw was the first North Carolina inmate known to have died of the disease and was one of nearly 500 people in state custody to test positive for the new coronavirus, which causes COVID-19.

“Any death is a tragedy, and we must continue our efforts to do all we can to try and flatten the curve of COVID-19 in prisons,” said Todd Ishee, N.C. commissioner of prisons. “The health and safety of the staff and the men and women in our custody is of paramount importance.”

Gov. Roy Cooper and Erik Hooks, secretary of the Department of Public Safety, which oversees the prison system, are being sued by the American Civil Liberties Union of North Carolina and other groups for not taking enough actions to ensure the health of people who are incarcerated in the state.

The man who died was in his late 50s and had underlying health conditions, according to a DPS press release. The department said it would not identify which health conditions he had or provide any other information on the deceased to protect the privacy of his family.

The department’s policy is to house people with underlying health conditions together in cohorts and to limit movement within and outside the facility, according to court documents describing state actions in response to the COVID-19 outbreak in prisons.

The department has not said whether the man who died was part of such a cohort. He was one of two people in Pender Correctional Institution who tested positive for the disease out of three total tests at the prison.

The illness took a two-week course before the man died, according to the DPS statement.

He first showed symptoms on April 8 and “was promptly isolated from the population” and tested for COVID-19, the statement said. The test came back two days later. By April 13, he was hospitalized. On April 21, he died at the hospital.

The types of preexisting conditions that lead to hospitalization for COVID-19 are relatively common in prisons, according to David Rosen, a public health researcher at the UNC School of Medicine who studies health outcomes for people incarcerated in prisons and jails.

Yet, the study suggested “that 15% have cardiovascular disease, 3% have diabetes, and 6% have pulmonary disorders,” which are among the most common conditions that lead to hospitalization when exacerbated by COVID-19.

Rosen estimates that the rates of chronic illness are likely similar for the people incarcerated now. Because people can suffer from more than one chronic condition, it is hard to estimate in real numbers how many people are at increased risk for COVID-19 infection, Rosen wrote.

DPS does not have information on how many people in its custody have been hospitalized or put on a ventilator due to COVID-19.

His death comes at a time when a COVID-19 outbreak is exploding at Neuse Correctional Institution, also in Eastern North Carolina. There, 444 inmates have tested positive for COVID-19, which is over 60% of the tests that have been administered.

Ishee said during a press conference Wednesday that 98% of cases at Neuse remain asymptomatic. After seeing a spike in positive test results at the prison, DPS tested each of the over 700 people incarcerated there. Despite the high rate of positive test results from people not showing symptoms, the department’s policy to test for COVID-19 at other prisons is that a person must show symptoms and test negative for flu. Public health experts believe the COVID-19 rates in prisons around North Carolina are likely underreported.

Without knowing more information about the age and medical histories of the people housed at Neuse prison, it is difficult to predict the health outcomes for the people incarcerated there, Rosen wrote.

“That said, it is essential that this population be monitored closely for the development of symptoms and have readily available access to care,” Rosen wrote.

Rosen, along with public health researchers at UNC and Duke, wrote a letter to Gov. Cooper on March 27 warning him about the illnesses and deaths that would result from a COVID-19 outbreak in the prison system.

Civil rights groups, led by the ACLU, sent a letter to Cooper with a similar warning a week earlier. Then, they sued Gov. Cooper and Secretary Hooks in an attempt to force the state to release people from prison, which is likely the only way to slow the spread of COVID-19 inside.

That case, which was originally filed with and then dismissed by the state Supreme Court, has been refiled in state Superior Court, which is expected to hear oral arguments on Tuesday.

Releasing people from prison to reduce crowding and allow for social distancing inside, which is currently impossible, is the only way to prevent the spread of COVID-19 once it is inside a prison, according to the ACLU and to public health experts.

“Advocates and public health experts have warned Gov. Cooper and the Department of Public Safety about the perils of a massive outbreak,” Ann Webb, policy analyst for the ACLU of NC, said.

The releases that DPS has currently approved are too few to protect the people who remain incarcerated, Webb said.

The litigation, along with a new report from the national ACLU, claims that releasing elderly and medically vulnerable people from prison will help limit the spread of COVID-19 in prisons, will protect prison staff and will decrease deaths outside prisons.

Health experts have shown that prisons can serve as incubators and distributors of infectious diseases. Due to the close and often unsanitary living conditions in prisons, where social distancing is impossible and toilets and sinks are in shared cells or used by dozens of people in a dorm, contagious diseases like COVID-19 can spread rapidly.

When staff members become infected or when a person exposed to the disease is released from prison and returns home, the illness can be spread to the community at large.

“As the COVID-19 outbreaks spread in our prison system, which we can see that they are, we certainly expect to see more deaths,” Webb said. “That is why we are deeply concerned with the slow pace of the state’s response to reducing the population in DPS custody.”