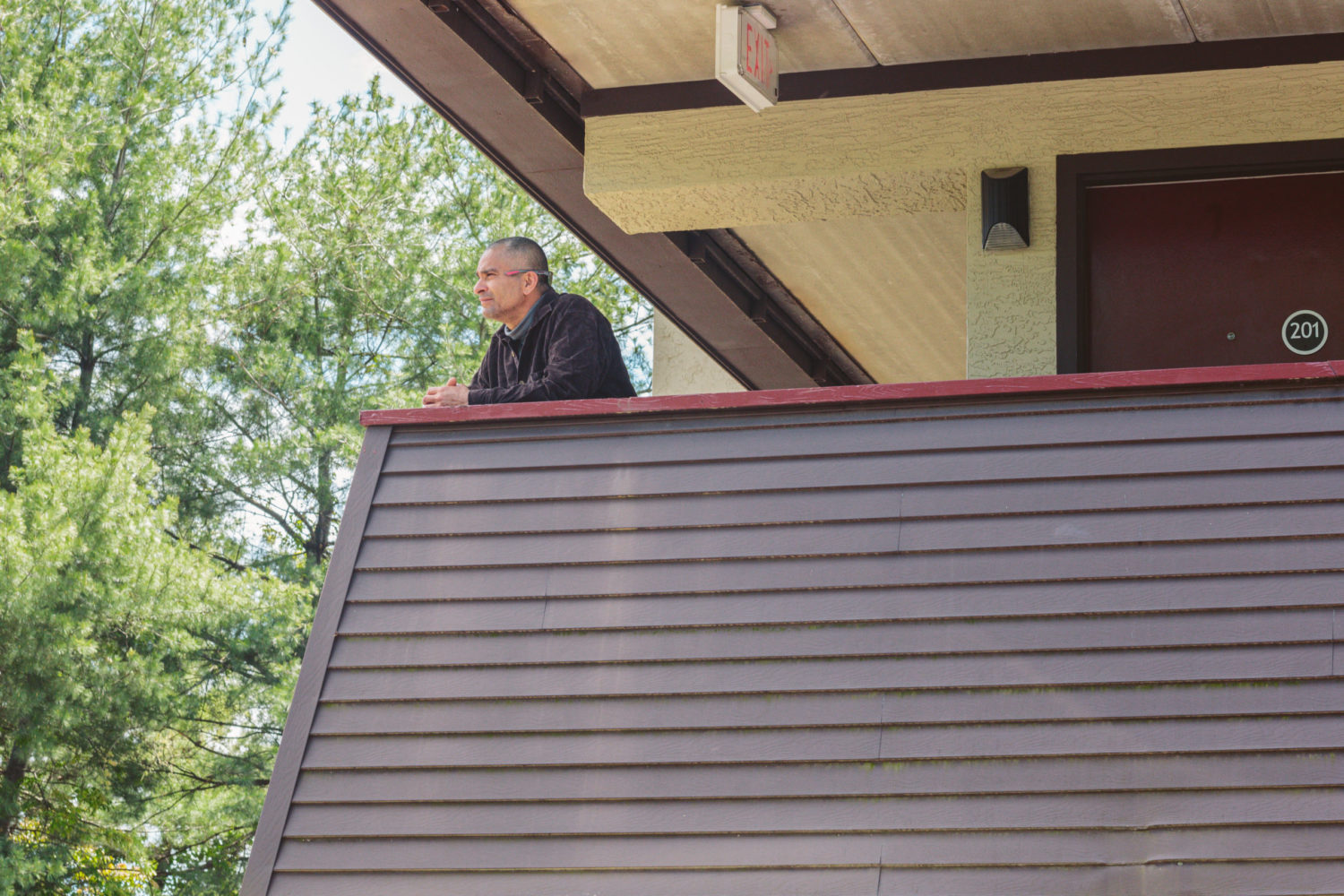 José Valadez looks over the balcony at the Red Roof Inn in Asheville on Tuesday. Valadez is a client of Homeward Bound, which began housing otherwise homeless clients at the motel during the coronavirus pandemic this week. Jacob Biba / Carolina Public Press

It had been a while since Jose Valadez could commandeer a television without complaint.

Valadez, 50, had been homeless since the place he was sharing with a friend in Marion burned last year, he said.

On Monday, he was one of about 30 individuals who moved from a temporary shelter at Harrah’s Cherokee Center in downtown Asheville — managed by the nonprofit Homeward Bound of Western North Carolina — to a Red Roof Inn on the city’s west side.

“Man, I feel like a king now,” Valadez said Tuesday after taking stock of his new room, which came with a flat-screen television, microwave, refrigerator, a clean, firm bed and a shower.

Under the agreement, the city will rent 60 rooms at $44.99 per night, including tax, which will be reimbursable through the Federal Emergency Management Agency. An additional agreement will extend around-the-clock security to the motel.

The city had previously approved the use of the civic center for up to 50 people, but that population had dropped to about 30 after the organization was able to find permanent housing for some clients and others chose to leave, Homeward Bound Executive Director Meredith Switzer told Carolina Public Press.

The city’s move of members of its homeless population from downtown to a busy commercial highway interchange on its western side, nearly 6 miles away, did not go unnoticed Tuesday. In public comments submitted by phone before Tuesday’s council vote on the relocation to the Red Roof Inn, some callers questioned the city’s actions and arrangements for security.

Mayor Esther Manheimer said security is typically present at regular shelters and is being provided at the motel. City Manager Debra Campbell said staff studied what other jurisdictions, including Charlotte and Greensboro, had done. Assistant City Manager Cathy Ball said transportation will be provided to those who need it.

The city’s arrangement with the civic center was winding down, and a new placement was needed. City officials worked at a “fast pace” to find a location but could not force hotels to work with them, Ball said.

“As to the location, it is not ideal,” Ball said.

The Centers for Disease Control and Prevention has recommended that noncongregate spaces be identified to house unsheltered people because they may be at higher risk of COVID-19, the disease caused by the new coronavirus.

“They were residing in a congregate shelter area, which at the time was a great fit and met their needs and kept them safe,” Switzer said. “But this is, you know, one step better than that, because now they have privacy, they have their own bathroom facilities. We had a client yesterday who said the first thing she wanted to do is take a bath; you know, she just wanted to kind of decompress.” 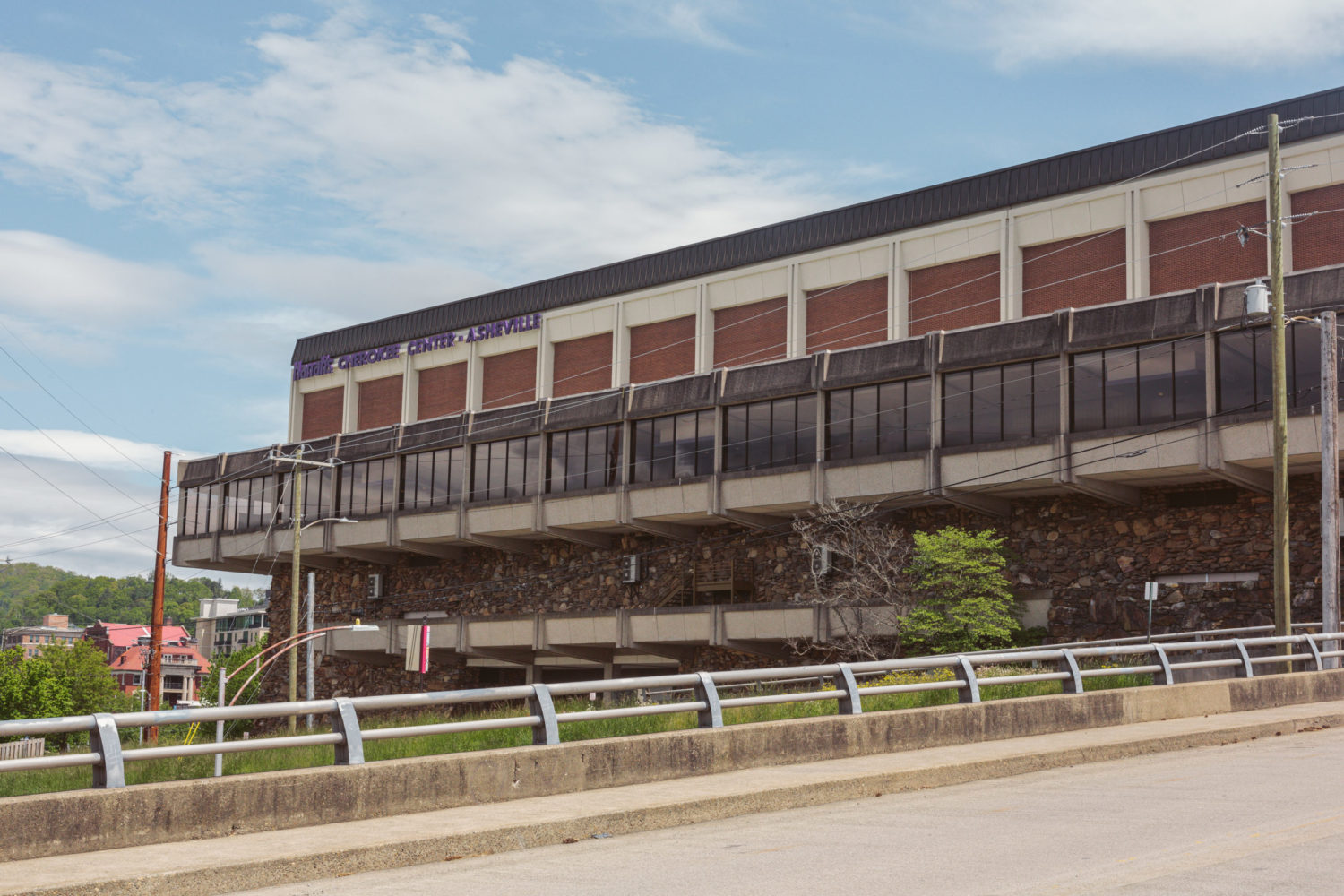 Like other specially arranged shelters for homeless residents in North Carolina, the provision of housing in Asheville is coming in part through federal funding.

North Carolina received approval from FEMA in early April to provide as many as 16,500 housing units, including dorms and hotels, for those at-risk for COVID-19 and who lacked stable housing.

That funding has subsequently been extended to June 6, according to a letter from FEMA to Michael Sprayberry, the N.C. emergency management director, posted on the N.C. Department of Health and Human Services website. That letter, dated May 7, also said about 600 people had been housed in noncongregate shelters.

Kelly Haight Connor, a spokesperson for DHHS, said that under the FEMA waiver, 50 shelter sites had been set up by counties, local jurisdictions and nonprofits covering 66 counties as of Friday.

Switzer estimated that as many as 150 people are chronically without shelter in the Asheville area and said she was not aware of any COVID-19 cases among them. Those staying at the Red Roof Inn are signing agreements to limit travel to essential needs only and to practice social distancing, Switzer said.

Homeward Bound is expected to fill the remaining rooms Wednesday and Thursday, Switzer said. The Dale Fell Community Health Center will provide health care, including telemedicine and clinics, if necessary.

Those staying at the motel will have access to case management through Homeward Bound staff on-site, outdoor space, linens, internet and a contracted laundry service, Switzer said. Meals are being coordinated through 12 Baskets, a local nonprofit food relief agency.

Valadez said he arrived at the civic center in early April after hearing about it on a bus. Since arriving, he said he has been able to get on medicine to treat his bipolar disorder as well as receive other services. 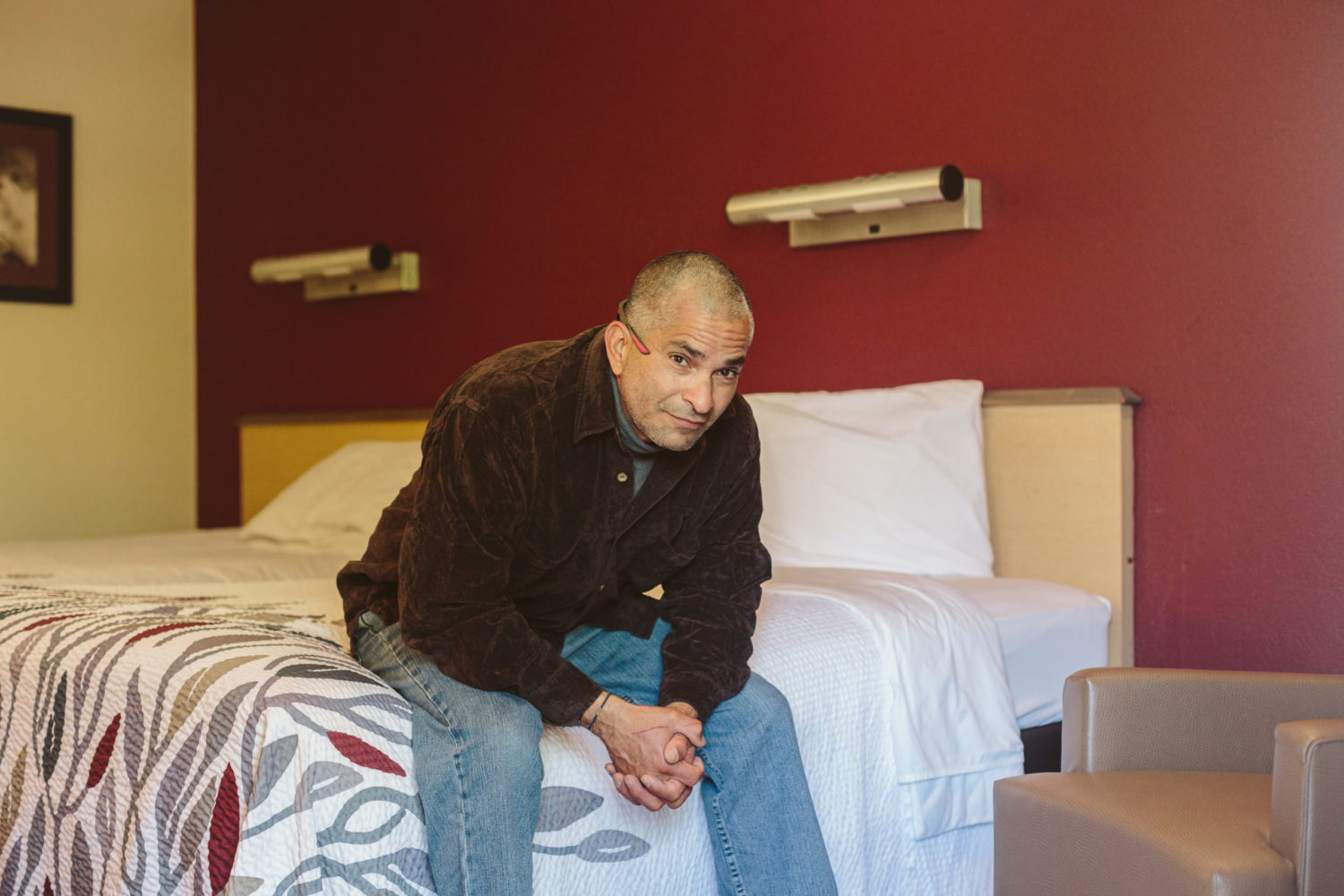 José Valadez inside his room at the Red Roof Inn in Asheville on Tuesday. Jacob Biba / Carolina Public Press