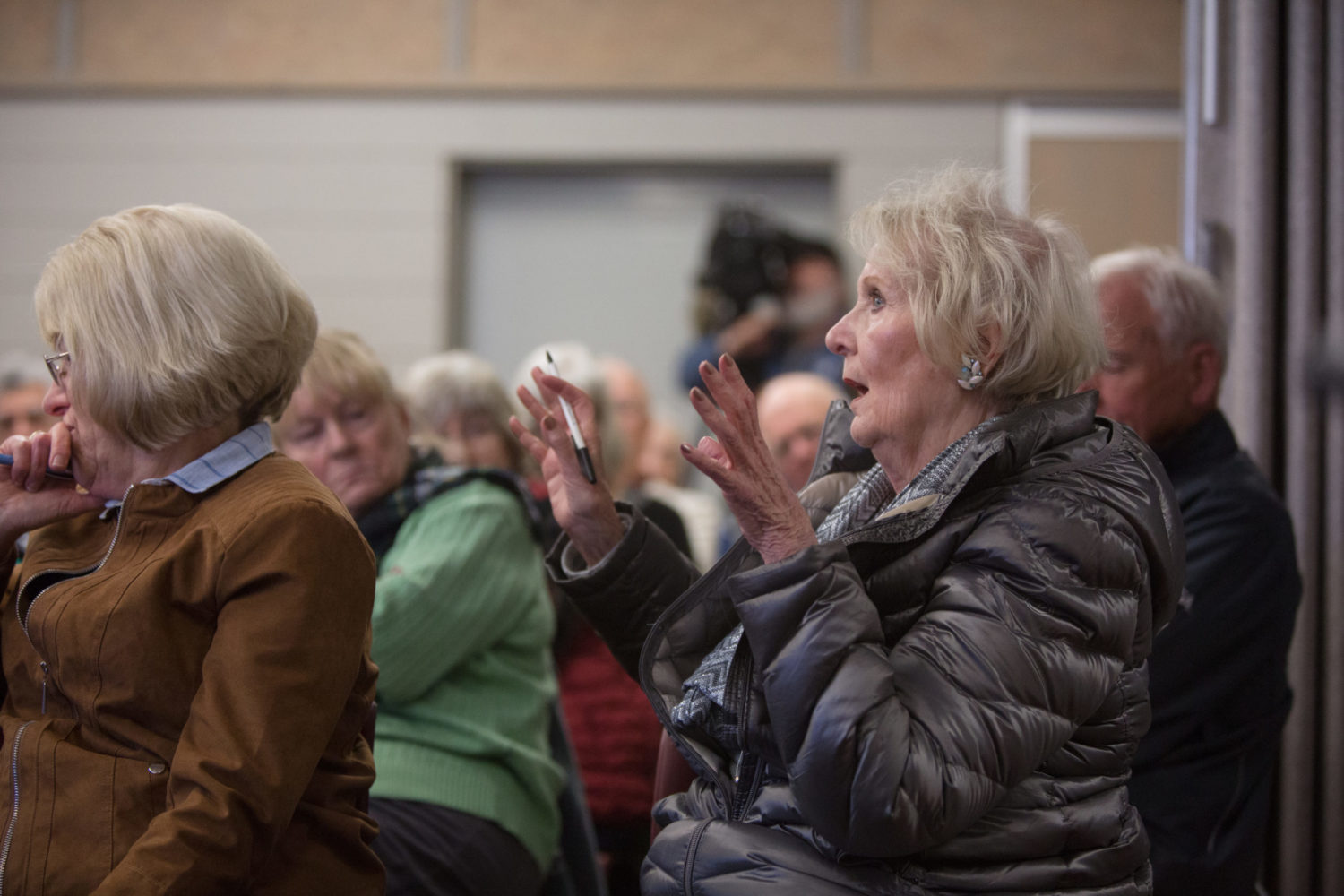 Gibbins Advisors came to the Jackson County village of Cashiers on Tuesday night to hear the public’s thoughts on HCA Healthcare’s record of service as it approaches the first anniversary of its acquisition of Mission Health.

It also came to town to inform residents how the firm will keep HCA accountable for complying with a long list of obligations that it agreed to as part of its $1.5 billion deal to acquire Mission last year.

Gibbins was named independent monitor Oct. 31, when N.C. Attorney General Josh Stein announced his selection of the firm not only due to its qualifications but also its willingness to hold town hall meetings across Western North Carolina to solicit public feedback.

Tuesday night’s meeting, the first of seven that Gibbins will conduct across the region through Feb. 13, drew more than 50 area residents to Jackson County’s Cashiers/Glenville Recreation Center.

The new independent monitor quickly learned that members of the standing-room-only audience were ready to vent their spleen.

During the 90-minute session, a broad cross section of the Cashiers community posed three basic questions:

“When will Cashiers get another doctor?”

“Why are some services not available at certain times at Highlands-Cashiers Hospital?”

“How can we get our concerns addressed by HCA?”

“So what we have in essence … we have a doctor four days a month,” said an exasperated Ellen Haug, one of an outspoken trio of women who for months have pushed hard to attract more physicians to the Cashiers area.

At present, Haug explained to Gibbins principal and co-founder Ron Winters and managing director Thomas Urban, only one physician sees patients two days every other week, with nurse practitioners and a physician assistant filling out the remainder of the schedule.

Listening quietly and taking notes, Thomas Neal, the newly named CEO of the Highlands-Cashiers Hospital, spoke up from the back of the room and announced that a new full-time family physician, Dewey Todd Detar, will arrive in Cashiers in May.

“He will be in our Cashiers facility full time in family medicine,” Neal said.

“A year ago we had two doctors here,” Haug said, a reference to HCA’s inability to work out a contract extension with Dr. Thomas Duncan and prevent his retirement last September. 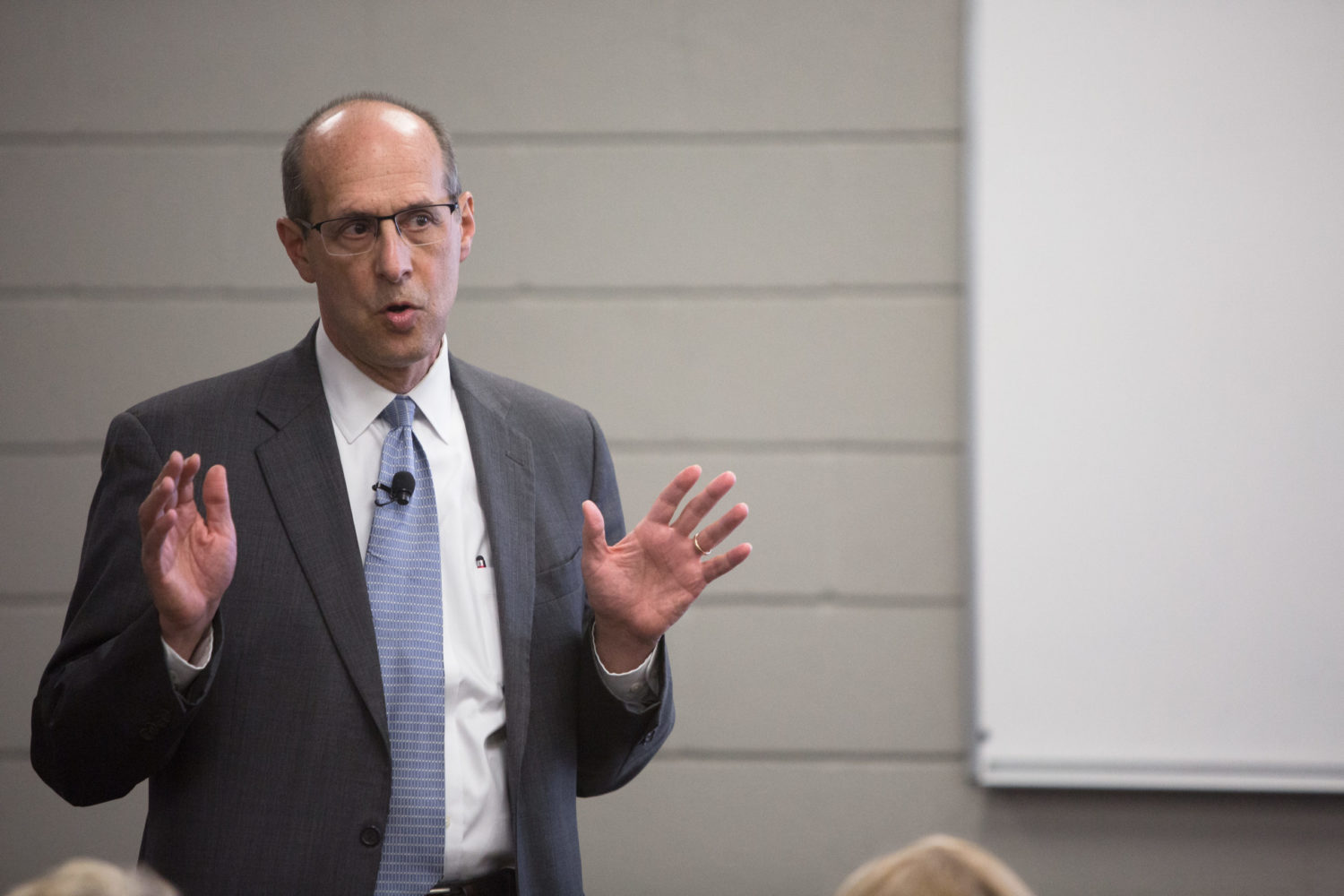 Others in the audience focused on recent staffing levels in some departments of Highlands-Cashiers Hospital.

“The services are not all there all the time,” said one attendee, explaining that her husband went to the hospital and no one was available to do an MRI. Another wondered where his wife could get a prescription filled or how he could be seen for an episode of vertigo when staff is unavailable.

“Is everyone aware here that at one time we had a full, operating hospital here?” Haug said, sharply.

June Smith, the retired director of an area nonprofit, noted the obligation that HCA holds under its purchase agreement to continue specified services for 10 years.

“How will you determine the cuts are no longer providing the services even though they appear to be there?” she asked.

Winters and Urban moved about the room listening and many times were asked how their role as independent monitor will help those who are dissatisfied with staffing and service levels get HCA to hear their message.

One of HCA’s obligations is to make $232 million in general capital expenditures across its Western North Carolina footprint within five years. At Highlands-Cashiers Hospital, that will mean information technology upgrades, a pharmacy upgrade, equipment and new systems for therapy and at Eckerd Living Center, a long-term care facility, said a statement HCA provided to Carolina Public Press.

But even those improvements may not satisfy concerns about sporadic gaps in service.

“We’re going to talk about all this stuff with them,” Winters said of HCA.

Winters added that his firm is willing to hear more about specific cases in which services to individual members of the public were impaired.

“I think it would be useful to hear the instances in which that occurred,” he said.

Winters encouraged audience members to report any concerns they have through the firm’s new website, IndependentMonitorMHS.com, which allows members of the public to submit feedback through an online portal.

The site specifies the 15 commitments made by HCA that are “under the scope” of Gibbins as monitor, itemized within four categories:

People who prefer to submit a confidential comment on the portal may do so by typing in “Anonymous” when asked for their name. They can also raise questions via email at IndependentMonitor@gibbinsadvisors.com

At the end of the day, Winters said, any concerns gleaned during its community meetings, posed via email or submitted through the firm’s website will factor into how the new independent monitor counsels HCA, works with the company to improve services where warranted and, ultimately, play a role in determining whether HCA has complied with the obligations it assumed when it acquired Mission Health.

From now through Feb. 13, Gibbins is holding 90-minute meetings open to the public to provide information on its “role and scope” as independent monitor and to get feedback on HCA’s performance.

Doors open 30 minutes prior to each event. 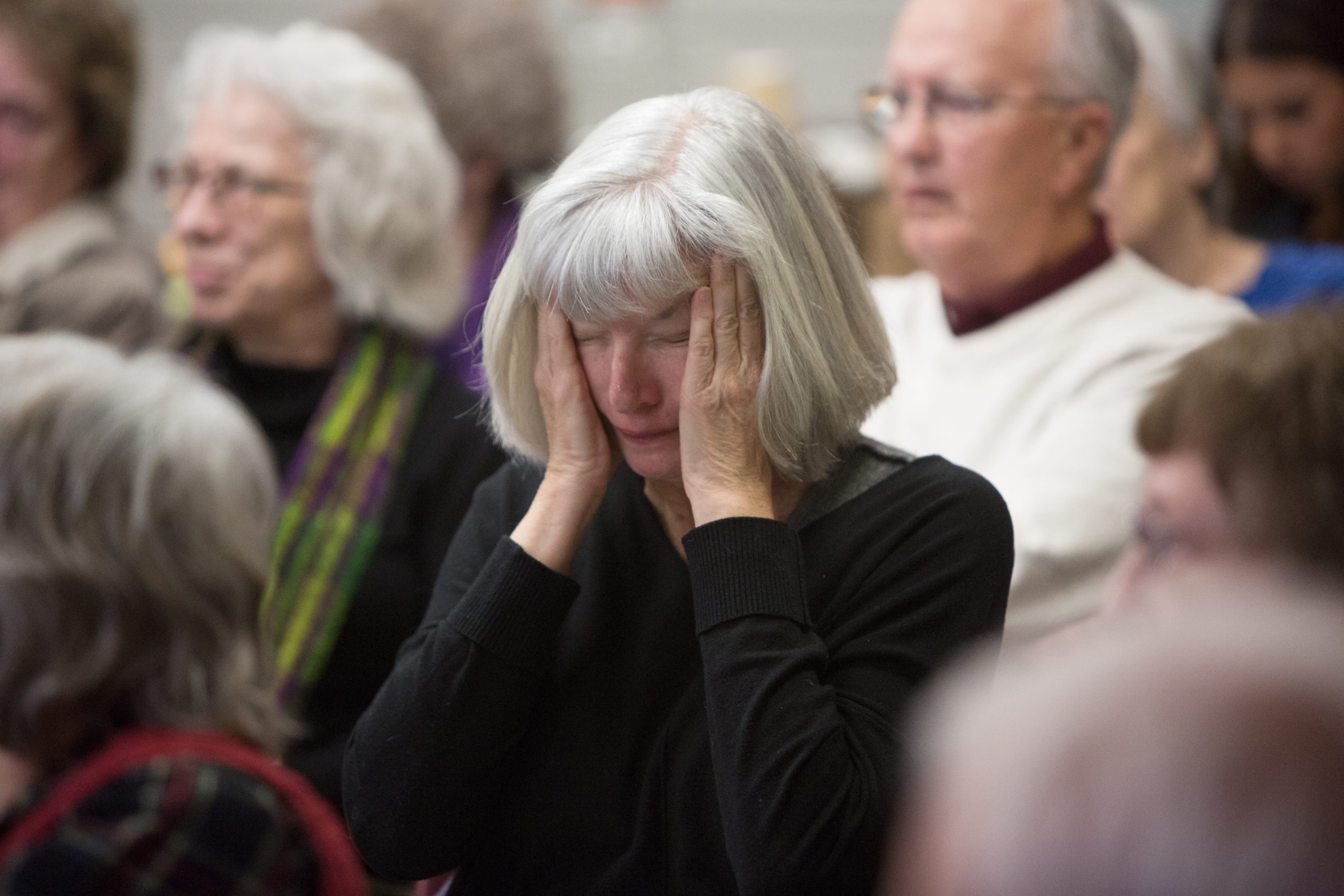 As Cashiers-area residents express concern about loss of physicians and inconsistent services at the Highland-Cashiers Hospital during a public meeting on Jan. 28, 2020, a woman holds her head in her hands. Colby Rabon / Carolina Public Press